The mainstream media nowadays often show more distrust and indignation about peace than about war.

The Trump administration faced thunderous media backlash for its attempts to withdraw American troops from Afghanistan, Syria, and even Germany. Columnists from the New York Times and Washington Post openly championed the deep state because the CIA, FBI, and other intelligence agencies appeared to be undermining President Trump.

Ellsberg’s courage will rightly be celebrated by many of the same media outlets that totally abandoned or condemned whistleblowers such as Assange, Manning, and Snowden. Biden’s Justice Department recently coerced former intelligence analyst Daniel Hale into pleading guilty to “retention and transmission of national security information.” Hale leaked documents to a journalist in 2014 and 2015, revealing that nearly “90 percent of the people killed in airstrikes [of Obama’s drone assassination program] were not the intended targets” and included many innocent civilians. Hale continues to face charges of Espionage Act violations. Perhaps because most of the media continues to revere former President Obama, Hale’s case has received minimal coverage.

In his 1971 opinion on the Pentagon Papers case, Justice Hugo Black declared that a free press has “the duty to prevent any part of the government from deceiving the people and sending them off to distant lands to die of foreign fevers and foreign shot and shell.” Unfortunately, much of the media nowadays prefer to trumpet official lies instead of fighting them. It would be criminally naive to trust media outlets that championed Biden’s candidacy last year to police his presidency—especially when it comes to any wars or bombing campaigns he launches.

This is an extract from an article written by James Bovard, republished from CounterPunch 9 June 2021. Click here to read the original article in its entirety. 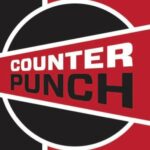