Perrottet bites the Warragamba bullet, and we should be concerned 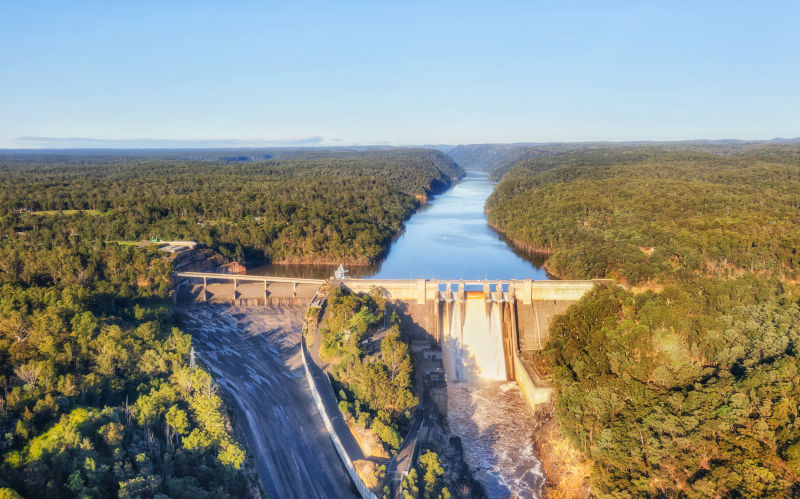 New South Wales Premier Dominic Perrottet has made a decision which has been on the cards for decades: his government will ‘fast-track’ the raising of Warragamba Dam as a means of mitigating flooding on the Hawkesbury-Nepean river system. And we still keep building on flood plains.

The idea has been in Liberal Party minds at least since 1993, when then-premier John Fahey touted it as the solution to the flood woes of the communities downstream. Mike Baird revived it in 2016. Now, Perrottet has demonstrated his determination to get the job done.

The decision is flawed on many levels. It is environmentally damaging, a huge area of declared World Heritage bushland above the dam condemned to periodic exposure to flooding which its vegetation is not designed to handle. Worse yet, raising the dam simply cannot deliver the mitigation being claimed for it.

Moreover the reasoning employed by the Premier is populist, filled with hubris and backed by a cynical misuse of data all too typical of these spin-filled times in which logic and the reasoned use of evidence are easily dispensed with. And it demonstrates yet again that in the business of mitigating the effects of flooding, some politicians are drawn to spectacular, highly visible engineering structures (“Look what I’ve built!”) over other management strategies involving land use regulation, buybacks of vulnerable properties and community education. Building restrictions, according to Perrottet’s thinking, involve the dreadful ills of ‘red tape’ and ‘bureaucracy’ – never mind that they are critical to keeping development out of areas which are economically unsustainable and even dangerous for housing, commerce and industry.

‘Fast-tracking’ the project, in the Premier’s language, amounts to efficiency in development. Even better in his mind, by invoking the notion that the raising of the dam represents ‘critical’ state-significant infrastructure, the government can bypass normal development-related procedures and deflect unwelcome scrutiny by those who might be called ‘mere bureaucrats’ (or, perhaps, experts). And Perrottet’s statement that he will “put people over plants” is classic “in the end, environment doesn’t matter” reasoning. Even his deputy, Matt Kean, long an advocate of the Blue Mountains National Park (and on record as Treasurer saying that the raising of the dam would be financially unviable), has flipped, noting the need to “stand up for the people of western Sydney.” Again, the environment is treated as an ‘inferior good’, easily sacrificed when damage to human interests is in the offing. The undeniable long-term value of nature to those interests is simply ignored.

This knee-jerk, structures-based mitigation thinking must be resisted. One reason is that while engineered devices can and often do produce useful protection against the ravages of floods, they can also create the very conditions under which the protection achieved can be undermined, even negated. The so-called ‘levee paradox’ can apply also to other mitigation initiatives including raising dams to create storage space for floodwaters.

The paradox works this way: a community, having experienced (often repetitively) the negative consequences of flooding, petitions public authority for investment that will relieve the problem. A levee (or raised dam) is provided, and for a time floods are kept out. The problem appears to have been solved, and inevitably development interests apply pressure to be permitted to build in the ‘protected’ area. This may take years or even decades to become apparent by which time the government that made the original mitigation decisions will be long gone but more development eventually occurs there. An intensification of land use is the result.

Then comes a flood which exceeds the design height of the levee or the extra storage capacity of the raised dam, and there is more of value to be damaged or destroyed than there would have been had the additional development not been allowed to proceed. In essence, the mitigation device has been used to create a situation in which additional exposure (financial and emotional) is created. This might be called ‘anti-mitigation’. In many cases the losses are greater than would have occurred had the mitigative device not been constructed at all and the land use intensification which depended upon it had not taken place.

In Australia and around the world, the levee paradox has been demonstrated on countless occasions. The best-known recent case in this country was seen in Brisbane after the construction of Wivenhoe Dam partly in response to the great flood of 1974: what happened was that complacency about the downstream flood risk took hold (the dam’s design incorporated a flood mitigation component) and development interests pressed to be allowed to provide housing in areas now thought to be, to all intents and purposes, ‘flood-free’. Then, in 2011, a huge rain event over the dam’s catchment saw the mitigation ‘air space’ exhausted as the water level rose to a dangerous height leading to concerns about the dam’s physical security. Emergency releases had to be made and much of the newly-created downstream development was engulfed. A flood which peaked a metre lower than the 1974 event entered a larger number of dwellings.

There were allegations that Wivenhoe’s managers had mishandled the releases by not making them earlier on the basis of weather forecasts, but it is also true that the after-event inquiry found that the dam and its operators had nevertheless lowered the actual peak of the flood to a substantial degree.

The relevance of this to the Warragamba case is all too clear. Almost inevitably, after the dam is raised, there will be pressure to develop more of the floodplain for housing and other urban uses. Indeed lobbyists for developmental interests, including Urban Taskforce Australia, have already begun applying pressure by claiming that their role in providing housing to satisfy demand in a growing Sydney will be negated if ‘red tape’ is allowed to restrict their activity. Again, regulation is used to denigrate building restrictions which have helped tame the impacts of flooding in the Hawkesbury. Stricter regulation, of course, would have reduced the impacts even further.

It is entirely possible that lobbying could in future involve releasing land below the currently permitted 1% Annual Exceedence Probability (so-called one-in-100-years) flood level: that, more or less, is what occurred in Brisbane from the early 1980s. Whether or not this happens, additional development is likely to be exposed to inundation when the storage capacity of the raised dam is exceeded by a genuinely large flood, or when a flood occurs on tributaries (like the upper Nepean and Grose rivers) which enter the system below Warragamba and cannot be controlled by the dam.

And this is where Perrottet’s flawed use of data to support his decision comes into play. He cites numbers of dwellings which will be protected by the raising of the dam, and thousands of people who will not need to evacuate. But these figures are mere averages or relate only to specified flood configurations estimated from modelling. They mask the variable nature of the flood problem: when flooding occurs largely on the upper Nepean and Grose rivers, as has been the case in some past events, the dam’s mitigative role will be limited.

The figures give an incomplete and conveniently partial version of the truth: thus they are mere agents of spin. Perrottet is cynically relying on the public’s lack of understanding of what he is saying.

The Premier’s announcement flies in the face of the alternatives to an environmentally-damaging project which is of dubious value in terms of flood mitigation outcomes. He could have argued for stronger regulation and/or a lowering of the dam’s full supply level to create air space by an alternative method, and he could have pushed for further water recycling including the creation of on-site reticulation schemes to capture and use local rainwater in parks and on sporting fields (and thus reduce pressure on the supply of drinking water). This, of course, would require a long-term approach. The announcement about raising the dam is a one-off spectacular, judged to be of greater value in a vote-winning context.

The inevitability of drought is an issue in all this: at some stage the dam will be at a very low level and Sydney’s water supply will be compromised if we do not have an alternative source. But now, of course, we do: we have a little-used desalination plant which can be pressed into service when necessary.

Perrottet could also have begun a buyback of the properties on the lower parts of the floodplains. There are about 5000 of these with floors below the estimated 1% AEP flood levels along the Hawkesbury and its tributaries. You could buy a substantial number of them with the $1.7 billion the raising of the dam is calculated to cost, and start a programme lasting years to further reduce the exposure.

But regulation, buybacks and more sophisticated water management projects don’t have the visibility and political ‘saleability’ of a massive raised dam. Hence the lazy populism, the pejorative language about red tape and the dubious use of data.

Perrottet has cast the dice; there will be no going back on his plan before an election which looks like being difficult. There are several useful policy options for the Hawkesbury, but he has chosen to adopt a single seriously flawed one. We should hope that the federal government refuses to provide the funding the state government will need to pursue this misguided project.