Perspectives from the floor of a medically supervised injecting centre

I have worked at New South Wales’ only Medically Supervised Injecting Centre (Uniting MSIC) for more than seven years and have been giving care to people who inject drugs for over a decade.

You may think it is hard and uncomfortable work – and sometimes it is – but mostly it is incredibly rewarding and inspiring.

We save lives, we have the privilege of seeing lives turn around and, we give care to people who sometimes have seen very little of it before.

We get the opportunity to engage with people’s lives, hear their stories, of recovering and reconnecting with their families, finally find housing, finding work again and even finding meaning again.

Often, when we don’t see someone for a while, we wonder whether they have become one of these success stories. Sometimes this is true. But, sometimes, it’s because they’ve fallen victim to a drug overdose.

I’m proud to say in almost 20 years of operation, there has not been a single death at Uniting MSIC.

Our core aim is to keep people alive; Australia has lost far too many people to drug overdose – with still more than a thousand dying every year.

Throughout my career, I have been working in one way or another with people who use or inject drugs, be it through detox programs or homelessness programs to help rough sleepers get off the street.

But what keeps me coming back, time and time to Uniting MSIC is how much people are accepted. It often means that people who can’t access other services will come to us.

About 12 months ago a client overdosed in the centre. I’ll call him Jon. I was walking over to check if he was okay, and he collapsed into my lap. He was not breathing and starting to turn blue. We managed his airway, administered a heroin ‘antidote’ if you will, called ‘Naloxone’ and within minutes Jon was awake and breathing again. Later on, we taught him how to use Naloxone in case he witnessed an overdose outside the centre, and gave him some to take away.

A couple of months later Jon came in and told us how he had needed to respond to an overdose in his building. Butterfly effect, ripples in a pond, call it what you want. It made me feel pretty good hearing that story. He was beaming too. It was clear Jon understood how massive it was to have saved a life.

In many ways it’s wildly hypocritical that there is still such discrimination against people who use drugs when 43% of Australians over 14 admit to having used an illicit drug at one time or another, with the actual percentage higher still. And how many of us drink alcohol?!

As a health care worker, I can’t see why we don’t accept that problematic or dependent use is just another health issue – whether it’s alcohol or any other substance.

Rather than offering treatment or support for people who have a problem, we prosecute them. Even people found with a miniscule amount of drugs can be arrested and fined. Often people are already on the street, and will have no capacity to pay and it becomes a viscous cycle. I know people whose fines have added up to $60,000. At that point, if they ever managed to obtain steady employment, they would be paying off debt for the rest of their lives.

What I get to see is the practical and amazing benefit to welcoming people, to inviting them in, listening, and providing treatment if it’s needed. We encourage people to think about the life they want, supporting them to get there.

There are 28 countries that have moved to decriminalise personal drug use. The result, in places such as Portugal, has been that drug use has not risen significantly and drug-related deaths have fallen sharply. It might sound counterintuitive, but there are tangible benefits to rethinking our approach. Over the last decade, I’ve spoken to many people both personally and professionally about drug policy in Australia. Some people have said to me that they don’t feel that they could support decriminalisation. When pressed on what they feel they could support, many of those same people said that they could get behind measures such as education and diversion into treatment as opposed to criminal penalties for personal drug use.

If we brought our laws in line with medical advice and international evidence, we could expand our investment in treatment, especially in rural and regional areas. If COVID has taught us anything, it is that we need to support everyone and listen to experts. We could reform our laws so our response to drug dependency is health-based. Creating drug policy on compassion and scientific evidence, crazy right? Individually we can save a life; if communities governments acted, we would save thousands every year. 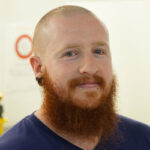 James Mulholland has worked at Uniting MSIC for 7 years and became Health Education Team Manager in Jan 2021. He has a long history working alongside people who inject drugs, and is an effective and passionate advocate for reform.