Approximately 8% to 10% of those who identify as Catholics are regular mass attenders and almost a third of these are between 60 and 74; decline in mass attendance has been occurring since the 1950s, according to the National Centre for Pastoral Research. Many Catholics have fled the pews, following an era of sexual abuse of children and the shame of the Church’s response. Cardinal Pell, the senior cleric in Australia, is in jail, awaiting a judgement by the High Court on a leave to appeal. Is this time the dark night of the soul for practising Catholics in Australia?

When I consider my life as a Catholic over seventy years, I am fortunate to have been a member of vibrant christian parish communities and that remains the case today. In no small measure has that been because of wonderful parish priests. So I am a remainder. Nevertheless, I see the upcoming Plenary Council in 2020 as an opportunity for radical change, rather than softly-softly. Other contributors to this site, such as Michael Sainsbury, have stated the dilemma in more urgent terms – ‘Reform or die.’

The case for substantial reform is compelling. We have in Francis a pontiff who seeks to focus Catholics on encountering Christ; he quips about prelates with funny hats, whether birettas or with feathers; he seeks to remove fraud in the Vatican by bringing in specialist finance consultants such as KPMG; his consistories lead to more non-European cardinals; he has led a trend away from hard-edged traditional dogma (the way the Church treats divorcees etc) to a more pastoral orientation. With bishops from nine Amazon nations in Rome in October 2019, ten of the twelve groups are considering as part of their agenda, married priests – perhaps a sign of the future.

Reform is challenging and there are many opponents. Charles Lamb [The Tablet, 20Sep19] argues that “The most serious threats to the unity of the Church are forces – found largely in the Roman Curia and among well-funded groups in the United States and traditionalist networks across the world – intent on undermining Pope Francis’ reforms.” Bishops at the Plenary Council possess powerful voting rights and their initial appointments, Episcopal networks and Ad Limina visits promote an orientation to the Church of Rome.

Sometimes the fierce loyalty of faithful, conservative Catholics resists change. In a time of Israel Folau, Trump, Hillsong and evangelical born-again Christians, with a prosperity gospel, fundamentalism, linked with a literal interpretation of scripture, becomes a major obstacle to reform.

Opposition is also associated with small numbers of conservative cardinals and their followers. Cardinal Raymond Burke has clashed with Pope Francis about relaxing attitudes towards gay people, and Catholics who have divorced and remarried outside the church. Another is Cardinal Gerhard Muller whose theology envisages eternal damnation to Hell for those who die in mortal sin; rejects divorcees receiving the Eucharist; defends priestly celibacy in terms of ‘self-giving in the service of Christ; bridles about the term ‘clericalism’; excludes women from the diaconate and priesthood; and believes attempts to change Humane Vitae are a ‘crime against the Church’. Catholics attracted to Muller are older people, educated, definite about sin and damnation, with an interest in theology.

Differences in theological emphasis and models of church underpin many of these conflicts. Perhaps it began with Constantine in 381AD when the Church imported its hierarchical structure from Roman governance. In early Christian communities disciples possessed different charisma and talents but they were not defined by gradation and status. Spirituality or holiness is an inner disposition, a metanoia or change of heart, and is evident in the love Christians have, one for another, but hierarchy is often the antithesis of gospel values and the beatitudes. Paul Collins has argued in Pearls and Irritations that hierarchism “is a stranded asset, unsellable anywhere, least of all to anyone trying to follow Jesus. The ecclesiastical hierarchy is about power and how bishops are initiated into it through papal appointment and ordination. In the process, baptism is forgotten and equality in the Christian community is lost.”

For many Catholic parishioners, the broader institutional Church in Rome has become irrelevant. Some believe it will be a great day for the Church when the Curia converts to Christianity. Few Catholics at the grassroots levels, are preoccupied with the importance of the Magisterium or clamour for more Canon Law; nor do they yearn for the lovely logic of Thomas Aquinas; nor for the dogmatic teaching of the Church regarding Humane Vitae. Most recognise the unequal roles of women in the Church and are far more impressed with a lived spirituality than a rigid predilection for doctrine.

The Final Report for the Plenary Council Phase 1: Listening and Dialogue [NCPR, on Plenary has distilled issues and themes for discussion. A few brief clips illustrate lines of division:

Any reform of traditional Catholic teaching, culture and practice is likely to be divisive. What can be particularly difficult are devotional practices and traditional piety that have been embedded in Catholic life. Take, for instance, the words of the Bishop of Parramatta, Vincent Long, in his evidence at the Royal Commission in 2017: “People still address me, especially the faithful Catholics, as ‘Your Lordship’, and I sort of cringe at that. Or when they come to see me, or they come to meet me, they kiss my ring. I’m not very comfortable with those sorts of practices because they encourage a certain infantilisation of the laity and that creation of the power distance between the ordained and the non-ordained, and I think we have to look at these things seriously.” Or again, consider the words of Paul Collins when he wrote on this site that bishops should “jettison their silly outfits like mitres, skull caps and other hang-overs from history.”

These two examples are confronting because they are in the guise of personal attacks on genuine pious practice. Their supporting arguments are important: Bishop Long advocates a church where there is much greater equality between all Catholics; Paul Collins states that “abandoning paraphernalia symbolises a deeper change to make pastoral care rather than power, a bishop’s primary priority. The church is here to serve, not to promote an ideology of gender, sex, reproduction, or end-of-life issues” and he also relates it to the pharisees wearing ‘wider phylacteries and longer tassels’ (Matthew 23:5) which makes it more pointed.

The Plenary Council phase 2, Listening and Discernment, is now occurring across Australia. It is likely to be a time of anguish for many loyal Catholics, a time of searching, of letting go, of clinging on, of doubt and confusion. Even at the First Council of Jerusalem, Peter and Paul had different views and to some extent conflict has frequently occurred under the Catholic umbrella. Recommendations and resolutions will be principally determined by the bishops who have a deliberative vote. There will also be some bishops who will dismiss certain views because they are perceived as fashionable, or misguided or not what they believe God wants of the Church here and now. Archbishop Fisher, for instance, has concerns: “What [Synodal Fathers are] wary of, I think, is the way synods might be manipulated today, swept up by the fashions of the age.” There is much at stake for the future of the Church in Australia, there is still much to unfold and a successful Plenary Council will promote a sense of unity about the way forward for the Catholic Church in Australia. 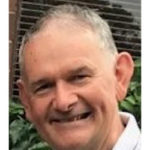