As the COVID 19 infection curve flattens and we look forward to a potential easing of restrictions on the lives we once knew, it is appropriate to start contemplating what sort of world we want to create “on the other side”.

The global pandemic has turned lives and economies upside down and provided an opportunity to reflect on the ways things were and could be. Do we want to resume or reset?

At a macro-economic scale, we have been forced to recognise how reliant we have been on China, as a source of investment, international students, consumer goods and in supply chains as well as being our largest market for commodities. Domestically the Australian economy has been heavily reliant on immigration as a driver of building, construction and GDP growth generally and temporary visitors have fuelled the tourism and tertiary education sectors and provided workers in agriculture and hospitality.

Without tourism and migration, our economy was set for recession. Social distancing laws and the closure of many businesses looks like pushing the economy deeper into depression. The pandemic has exposed the limited diversity of our economy. It has also exposed the high levels of debt being carried by many businesses and households – forcing early business closures and difficulties with rent and mortgage payments. The severe economic challenges have forced many to change their behaviour. Retail expenditure on clothes and luxury goods is down significantly and those with jobs are reportedly saving a greater proportion of their income. Many of us are realising that meaningless consumption might provide a brief spiritual fillip but ultimately creates more problems for waste management.

In these desperate times the Government, it would appear, has finally recognised the inadequacy of new start and other social welfare payments and the value of frontline teachers, nurses, the police, doctors, truck drivers and cleaners. They add real value to our economy but are often paid much less than bureaucratic paper shufflers. There will hopefully be some longer-term impacts on how these workers are rewarded and perceived by those who defend franking credits and the negative gearing of multiple properties. The taxation system must be reviewed in light of the huge public debt that has resulted from the Government “rescue packages”. Many economists and commentators have pointed out that the younger generations have been saddled with this debt to help save the lives and lifestyles of an older cohort.

As we assess the damage to our economy and social structures there is a chance to “snap out” of the unsustainable economics of the past rather than “snap back” to the anxieties of the gig economy, the increasing wealth divide and the disregard for the less fortunate. Each and every leader (political, business, community) has had their failings exposed; whether that be in the form of business management, communications, empathy or decisiveness.

As we contemplate an easing of current restrictions it will be important to pause and reflect on what has been learned and what behaviours have served us well. Governments have listened to scientists, taken urgent action, considered the plight of the marginalised and abandoned ideology whilst individuals have spent more time with family, have travelled less, shown a penchant for home repairs and growing vegetables and had the opportunity to consider what is important. Let’s not waste the crisis. 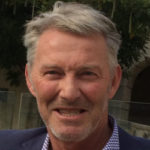 Peter has had a career in industry facing roles in both the private and public sectors. He has worked as a journalist, trade commissioner, industry advocate and in business development in food and agribusiness and clean tech and renewable energy. He has qualifications from four different universities and has lived in regional Victoria, Melbourne, Kuala Lumpur, Hong Kong, San Francisco, Canberra and Broome.