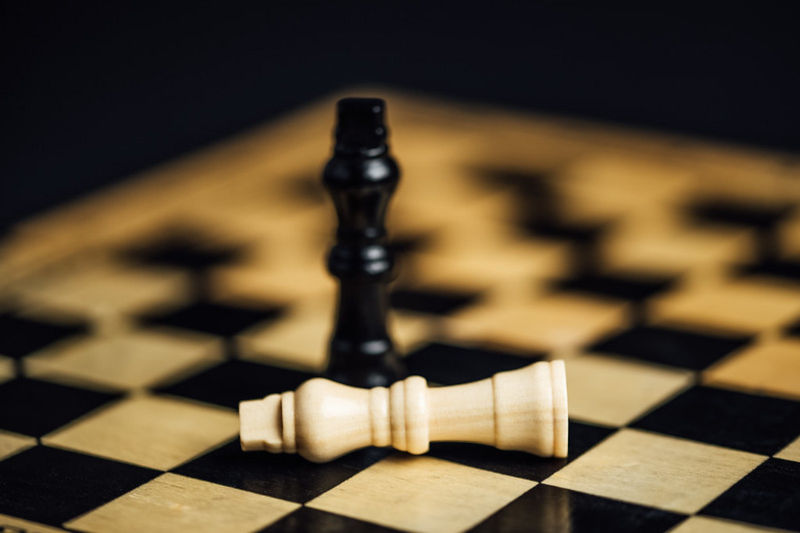 Morrison government took Australia much further to the extreme right than any other government since federation. Image: Flickr / Ivan Radic

We do need to pay attention to the cold reality that Australia came the closest it has been since federation to closing the door on a democratic future worthy of the name. With the defeat of Morrison Australia has dodged the abyss of Trumpism.

There seems a palpable sense of relief and a real change in the atmosphere of discussion now that Scott Morrison has been defeated. It is reminiscent of the day that Donald Trump finally vacated the White House.

The dark cloud of dread that clung to the possibility of a second term of Trump as President of the US was in his potential to create an authoritarian regime. In Morrison’s case, a second “miraculous” victory would have strengthened the far right and put Australia on a similar trajectory.

We do need to remind ourselves that the Morrison government took Australia much further to the extreme right than any other government since federation – and that this was the result of the strengthening of neoliberalism, xenophobia, inequality and inhumanity over decades, hastened after 1996 by John Howard, and then his acolytes, Tony Abbott and Scott Morrison and even the pretend-liberal Malcolm Turnbull.

This is not to say that the threat of right wing authoritarianism and fascism has been eliminated in Australia by the defeat of the Morrison government. However, it does mean that the threat has been pushed back, that Australia has stepped back from a Trumpist abyss.

And we do need to pay attention to the cold reality that Australia came so close to closing the door on a democratic future worthy of the name. The election result of 21 May was a strong rejection of the personal political agenda of Morrison to makeover the Liberal Party in his own narrow image, in replication of Trump’s capture of the Republican Party in the US. Morrison thought he could do a Trump and turn the Liberals into a party he owned (policy, pork and personnel).

Just consider how Morrison would have used his enhanced authority – strengthened by his captain picks, control of the NSW branch and increased influence of the Queensland hard-right brigade – if he had won this election.

One of the big mistakes that Morrison made, in the cocoon of his preposterous narcissism, was that Australia really was a mini-USA, or at least its suburbs and regions were swarming with religious, sexist and misogynist bigots akin to Trumpist Texas, ripe for the extremist Trumpist social agenda legalising religious discrimination, reinforcing socio-economic inequality, driving down wages and working conditions, increasing underemployment and structural inequities in education and health, and maybe book-banning into the bargain.

Most of Australia rejected the American-style Trumpism which Morrison had so enthusiastically embraced on climate change, on human rights, and on the partisan use of public funds. Most of Australia voted in support of the notions of integrity, honesty and a “moral compass” as important in public life, and generally declined to fall in line behind the huge efforts of mainstream media and corporate money – especially the Murdoch press and Clive Palmer – to keep Morrison in power.

But however vital it was to get rid of the Morrison government, it was a close-run thing, and only achieved by the unpredicted huge swing achieved mainly by “teal”, Labor and Green women candidates from Brisbane to Perth. Labor has only been able to form government on the back of a huge rejection of Morrison’s commitment to the key principles of the Trumpist handbook for political success – appeals to fear and hate, stoking social conflict, demonising the most vulnerable as undeserving, being cruel to the powerless and the poor, and serving personal political interest above all else, including the national interest.

As time went on during Morrison’s tenure, more and more Australians came to despise and abhor his Trumpist style and forked-tongued rhetoric. Ultimately Morrison’s chin-thrusting aggression, his Trumpist freedom to “rearrange the truth to a lie”, his anti-intellectualism, his pride in ignorance and clever incoherence, all became distrusted, resented and unacceptable to most Australians.

Morrison delivered the final blow to “liberalism” within the Liberals and the Coalition, ditching the timid remnants of a decaying and obsolete “broad church” as unreliable, even as they professed loyalty with their votes – except on the issue of religious discrimination. This was another splendid irony, for those MPs who posed as “moderates” only grew backbones on that one issue, and only then when Bridget Archer showed some courage. They deserved to lose their seats more than any others for their hypocrisies.

Dutton’s Coalition, with more than 60 members in the House of Representatives, will be largely a narrow reactionary populist mix, dominated by Queensland LNP climate change denialists, UAP and One Nation empathisers and fellow travellers, Morrison’s Pentecostal purveyors of robodebt injustice and other Machiavellian odds and sods.

They can’t be dismissed as politically irrelevant into the future, for they still captured 35% of the first-preference vote and they still hold 31 of the 71 Senate seats. They are politicians who have contempt for the long-standing principle of habeas corpus as fundamental to the rule of law, having supported the cruel incarceration of men, women and children without trial for up to ten years, and who voted to deny adequate medical treatment to these people.

They are politicians who do not believe empathy, humanity, compassion, social justice or just basic human decency are worthy of consideration, and would have remained entirely in favour of the indefinite detention of the Murugappan family in isolation or their forced deportation, such are their cruel Trumpist-like dispositions. These dispositions are given emphatic confirmation with Dutton as Morrison’s replacement.

So, while Australia has dodged the immediate threat of nascent fascism inherent in what Richard Flanagan has described as “Howardism” in “its final decadent phase” of “a terminal cancer of mystical doctrine”, we would do well not to ignore that democracy remains on a knife edge in the USA.

The Dutton Coalition will be hoping that the Trump Republicans return to power, and that there can be a revival of the politics of fear and hate, a revival of anti-secularism and renewed attacks on inclusiveness and human rights and democracy itself.

To meet this challenge it is vital that the Albanese government work collaboratively with the Greens and the progressive independents, who together now represent a substantial majority of the Australian voting public, to address the urgent problems facing Australia, a formidable task given the abject neglect that has accumulated over the last decade of incompetent and malicious self-serving governance and leadership.