PETER JOHNSTONE. An Open Letter to the Catholic Bishops of Australia

Most Australian Catholics have long been aware that the structures of their Church are autocratic; most were brought up accepting that Church decision making is unaccountable and often secretive, that bishops are remote from their people in their decision making, and that the views of laypersons count for little, particularly if they are women. In more recent times, Catholics have increasingly questioned this dysfunctional governance; many have walked away and many have witnessed their children walking away. The widespread disillusionment of Catholics has peaked with the revelations emerging from the Royal Commission into Institutional Responses to Child Sexual Abuse.

The Royal Commission faced the question asked by many Catholics: How could the leadership of the Church behave in this way whilst continuing to espouse and teach the values of Jesus and the Gospel? Catholics are demanding reform. An Open Letter to the Australian Catholic bishops has now been launched, offering Catholics the opportunity to support the urgent reform of their Church in Australia and universally, asking their bishops: ‘Please Listen and Act Now’ (link here – http://www.catholicsforrenewal.org/open-letter).

The Royal Commission has exposed grave governance failures in the Church, involving an entrenched culture of clericalism condemned by Pope Francis (“The evil of clericalism is a very ugly thing!”), a leadership not respecting its people. The Royal Commission has heard of too many bishops who have denied the extent of clerical child sexual abuse and its systemic cover-up, and even protected paedophiles enabling them to continue to abuse children. Such behaviour by an institution committed to the teachings of Jesus cannot be explained, but it would not have been possible if Church leaders were truly accountable, transparent and inclusive in their governance.  That lack of accountability is exacerbated by an all-male clerical culture and dysfunctional governance which resists transparency, consultation and inclusiveness.

The earlier Victorian Parliamentary Inquiry also found that the Church’s governance contributed to cover-ups and further abuse. The real scandal of clerical child sexual abuse goes beyond child sexual abuse by paedophiles to the actual cover-up and protection of those paedophiles by the institutional Church, sacrificing children to protect the priesthood. Archbishops have admitted to “a catastrophic failure of leadership”, and some have spoken of ‘criminal negligence’.

The Open Letter is being supported by Catholics who accept responsibility for their Church. Bishops can initiate reform if they are prepared to give leadership consistent with the teachings of Jesus. Individual bishops can introduce many changes in their own dioceses given their considerable authority under the laws of the Church. The disillusion of the people of the Church is widespread and deep-seated and will not be overcome without capable and truly committed leadership. Bishops must demonstrate accountability, transparency, and inclusiveness particularly of women. Bishops can no longer rely on a culture and history of autocratic power and control. True Church leadership must model the essence of Christian culture and values.

Changing processes is not enough.

The Open Letter asks each and every bishop to act now to:

The Open Letter declares that none of these proposals requires deferral to the Holy See or awaiting the Royal Commission’s report before acting. All are within the competence of the Australian bishops who are asked to lead the reform of “our Church”, acting promptly and decisively. Anything less would be a betrayal of the Gospel.

Consistent with its premise that the leadership must listen to the people, the Open Letter itself was prepared by Catholics for Renewal with the benefit of wide consultation with a broad range of Catholics to ensure that it represented views and concerns shared within the Catholic community; it was sent to every bishop and parish, that it might be accessible to the whole worshipping community. The extensive supportive feedback received since the launch of the letter has further confirmed the strong support for its message.

The Open Letter will be submitted to the bishops of Australia for their plenary conference meeting early May 2017, providing them with the opportunity to respond the letter in the spirit of its major message: ‘Please Listen and Act Now’. President of the Bishops’ Conference Archbishop Denis Hart recently announced that some of the matters raised in the Open Letter (we don’t know which matters) are “being addressed in a systematic way by bishops in their dioceses, and by the national Bishops’ Conference.”

The Open Letter ‘speaks truth to power’, in this case to an authority structure established to promote the teachings of Jesus. That authority structure, the bishops of Australia, will surely have the humility and commitment to listen and to act on all the matters raised by the people of the Church.

An Open Letter to the Catholic Bishops of Australia  http://www.catholicsforrenewal.org/open-letter

Peter Johnstone is President of Catholics for Renewal. 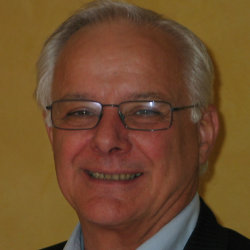 Peter Johnstone consults in good governance practices and is committed to renewal of the Catholic Church.