PETER MANNING. A tone-deaf chairman at the ABC.

ABC Chair Justin Milne has criticized Michelle Guthrie’s leadership skills as not good enough for the Board of the ABC. The truth is his own communication skills in relating to staff are deficient and tone-deaf.

In long-past times, few members of staff saw or met an ABC Chairman. If they did it would be on ceremonial occasions only. Previous Chair James Spigelman broke that pattern early in his reign by reminding “Four Corners” staff that they had to admit to mistakes when they were made and not hide behind a wall of silence as though the program was always right. He wanted more transparency.

But Milne was something again. He acted as though he was the Editor-in-Chief, confronting Radio JJJ staff with his opinion on new proposals for youth radio, interfering in comedy programs based on his own editorial judgements and sense of humour, and letting Guthrie know what he thought of the work of senior business journalist Emma Alberici.

Milne roamed the Ultimo headquarters as though he was the ABC’s own Media Mogul. Everyone with means wants to have a go at being a mogul – remember Frank Lowy and Alan Bond trying it last century, to the grief of both.

My own insight into Milne’s leadership style involved a meeting earlier this year of present and past Radio National general managers who, between them, had nearly 30 years of experience with the ABC’s high-end, brain-food, station. I wasn’t introduced to Milne and presumed he was an advisor to the main person we were due to meet – the Managing Director Michelle Guthrie.

Quickly it became clear that the person running the discussion was Milne. But it was also clear that he had little idea of the internal dynamics of ABC Radio and the special qualities that made Radio National unique. He failed to understand that subsuming RN’s specialist programming into a river of “content” for the rest of the ABC would demolish the station’s identity, history and creative culture. Our collective call to retain a manager of RN content was ‘old thinking’, reminiscent of the ‘silos’ that inhibit consumer choice in the new digital era. Having worked at the ABC at such highly successful ‘silos’ (like Four Corners and JJJ) I found his ideas clunky and deeply uninformed about real life on the ABC production floors.

In retrospect, why was the Chairman of the Board at the meeting in the first place? With Michelle Guthrie being reduced to an occasional intervention to calm  the various RN GMs fears, he seemed to be in competition with  his MD. His attitude was to brook no change to the path forward already decided. It was ‘my way or the highway’. 30 years of experience down the drainpipe within an hour.

It was a deeply depressing meeting. The message it sent to Guthrie was that he, not she, would handle this group of rabble-rousers from Radio National. He was sitting at the end of the table taking questions, Guthrie parked on the side to give out assurances.

His manner also showed that he had no understanding of the role of the Chair of the ABC as against the Managing Director. He had already taken over.

In previous years the roles were clear: the Chair of the Board was the key person to liaise with the Minister for Communications and, along with his Board and the Managing Director, set out broad parameters for the ABC as a whole. Beyond that linkage communication between the Government and the Board, it was the Managing Director who led communications downwards to the executive staff and the various divisions within the ABC.

And even at that lower level, the most important area for the ABC – News and Current Affairs – had its senior executive to whom the Managing Director would consult if complaints or editorial issues were raised.

Under Milne and Guthrie, all these unspoken and important public service proprieties have broken down much to the agony of staff at all levels in Australia’s national broadcaster. Much of this agony and chaos can be laid at the feet of Malcolm Turnbull who, far from being a friend of the ABC, turned out to be one of its most persistent critics, operating on a succession of occasions, both as Communications Minister under Abbott and then Prime Minister, to deride, complain and harass staff, executives and Chairs of the ABC.

It is time for the old structures and standards to be re-instituted and enforced at all levels.

PETER MANNING is Adjunct Professor of journalism at  the University of Technology Sydney and a former Head of ABC TV News and Current Affairs. 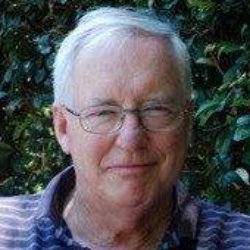 Dr Peter Manning is Adjunct Professor of Journalism at UTS, Sydney, a former Executive Producer of "Four Corners" and head of News and Current Affairs at ABC TV and Channel 7 and the author of "Representing Palestine"