You probably disagree, especially if you are waiting for a train, or in a car with a driver who is stuck in traffic. If you go to the footy you would prefer a better stadium, if you use the internet, you would like it faster.

Here’s what those sorts of projects, and many more like them, set to be funded in upcoming budgets and elections, have in common: the people who use them don’t pay for them. Train fares cover at most 30 per cent of the cost of the trips.

The income from fuel excise and rego and license fees no longer covers the cost of maintaining and building roads.

The national broadband network will never get its money back, despite what was promised, and neither will spending on stadiums, especially when governments persist in knocking them down and rebuilding them, starting the cycle all over again.

(There is a reason I haven’t mentioned electricity. That market works well, also despite what you’ve heard. Any company proposing a new electricity plant needs to pay for it and be pretty sure it’ll get its money back.

The days of government-built generators are behind us, unless this one decides to build a coal or nuclear white elephant, which would kind of prove my point.

Even Malcolm Turnbull’s much loved Snowy Hydro pumped storage scheme is probably uneconomic when the costs of construction and the construction of transmission lines are taken into account.) 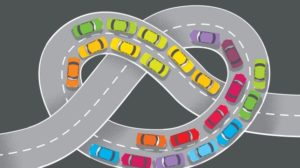 I am not arguing for the users of roads and trains and stadiums to be charged the full cost of providing them, and neither are Stephen Bell and Michael Keating, a professor of economics and the former head of government departments including Finance and Prime Minister and Cabinet, who set out their claims in a new book entitled Fair Share, Competing Claims and Australia’s Economic Future. I am arguing that where users don’t have to pay the full costs they will pressure the government to build too much.

Or the government will be tempted to offer uneconomic infrastructure as a bribe, believing it’ll get voters across the line who will get the benefits without having to pay the full costs. 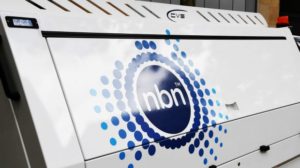 Big pseudo-commercial projects such as the NBN and the inland rail line are especially attractive because they can be funded off-budget through an odd convention that removes their impact so long as the government asserts they will one day make money.

On budget night the Melbourne Airport rail link might become another. The $5 billion Turnbull has promised will look attractive to travellers and needn’t make a dent in Scott Morrison’s budget, even though Infrastructure Victoria says it won’t make sense until 2032 or 2047.

Bell and Keating’s point is that it is not enough to say that roads are congested, or that things could be better. If roads were never congested, we would have spent too much. Without commercial discipline, governments need to conduct cost-benefit studies to determine what’s value for money. They are imperfect, but they are no good if they are ignored.

Often it’s better to do nothing, or little. The much-hyped tram line from Sydney’s Central station to the University of NSW will deliver passengers slower than the existing bus shuttle. Infrastructure Victoria says the Melbourne rail link would deliver passengers slower than could the existing SkyBus with priority signalling. Scores of capital city households are finding the NBN more expensive than the commercial service it replaced.

Productivity Commission chairman Peter Harris has a three-stage rule when it comes to infrastructure. It’s this: “First identify the problem, then identify the least-cost solution, then take a deep breath.”

And not building things buys time. Since the government committed to the NBN in 2009, 4G (and soon 5G) mobile services have grown to an extent not envisaged, making the project even less economic than it seemed at the time. By the time we’ve built many of the freeways we are repeatedly planning, congestion charging or driverless cars might have arrived, making them much less economic.

Doing nothing, or little, is hard for politicians, even if it eventually means lower taxes. They come to office pledging restraint and, after their first budgets, don’t deliver it. I’m happy to vote for the party that promises straight up to build the least next election. It’ll probably make the best decisions.