What do organisations’ green promises mean and are they keeping them? Contrasting fortunes for insects: the locust plague in Africa and Asia is set to grow massively but overall insects are in serious decline globally. And they are not alone: species are being lost at an alarming rate globally and Australia is leading the way, although we are starting to do a better job of monitoring our negligence.

All sorts of organisations – e.g. Ikea, Microsoft, Starbucks, Westpac, Nestle, BP, Qantas, UNSW – are making pledges to reduce their carbon footprint and/or reduce their investment in fossil fuel industries. But what do their various pledges to become ‘carbon neutral’, ‘net-zero’, ‘climate (or resource) positive’, ‘consistent with the Paris Agreement’, etc. actually mean and what are they doing to make good on their promises? Is it all just greenwash? The Institute for Carbon Removal Law and Policy in Washington DC has created an Action Tracker to document and monitor the pledges made by organisations – ‘keep the bastards honest’ to quote Don Chipp. The Action Tracker is an open Google doc that relies on input from the public, so it will be interesting to see how successful it is at recording and monitoring pledges and whether the external surveillance has any effect on the performance of tracked companies. 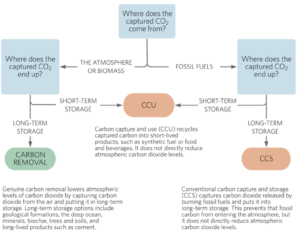 The Institute is particularly interested in pledges that involve negative emissions technologies: the removal of carbon dioxide from the atmosphere. They are careful to differentiate this from carbon capture and use or storage (CCU, CCUS or CCS). In essence, carbon removal removes CO2 that is already in the atmosphere, while CCU/S reduces the amount of CO2 entering the atmosphere from the burning of fossil fuels or industrial processes.

I referred to the locust plague, then mainly in East Africa, in February. Well, it hasn’t gone away and a growing second wave is now extending east to the Middle East, Pakistan and India and west across the Sahara, seriously disrupting economies, food security and quotidian activities such as schooling. And the locust population is set to get bigger, much bigger – like 400 times bigger. To make matters worse, not only is COVID threatening health and health services in affected countries, it is also disrupting supplies of pesticides. This 6-minute video shows conditions for small-scale cotton, bean, groundnut and fruit farmers in Rajasthan, India’s worst affected state.

You might not think it after reading about locust plagues, or if I tell you that there are about 1.4 billion insects in the world for every human, or that 70-90% of all animal species are insects, but insects are disappearing. Species are disappearing and total numbers are falling: a Sydney University study estimated 41% of global species are in decline and a third of species are threatened with extinction. The main cause is intensified agricultural practices that reduce biodiversity in an area and utilise copious amounts of insecticides and herbicides, but deforestation, urbanisation, fires and drainage of wetlands all contribute to change or loss of habitats. Global warming also threatens insects except in colder regions such as Russia where higher temperatures are increasing numbers. Yet insects give us so much – pollination, pest control, clean water, organic material decomposition, soil fertility, and food for domestic animals and humans – and their decline has immense economic consequences. Put simply, we humans are killing our golden grasshoppers, although we shouldn’t forget that some insects also destroy crops and spread diseases. One of the solutions proposed in the Insect Atlas 2020 is less intensive farming: more crop variety, frequent crop rotation, smaller fields with more hedgerows, and fewer chemical pesticides and fertilizers.

Which invasive species threatens the survival of the greatest number of Australian native species? How many native birds are killed by feral cats in Australia every day? How many Australian animal species have become extinct since 1788? You’ll find the answers to these teasers, and much much more, in Professor Brendan Wintle’s engaging talk (from 26-66 minutes) on the global and Australian extinction crisis. Australia’s record of species loss is second to none – we are responsible for 35% of all the world’s mammal extinctions since 1500. The USA has a much better record of species preservation because they have stronger legislation and they spend more on protecting threatened species. If you are pressed for time, have a look just at Brendan’s seven recommendations (55-66 minutes): resource the recovery effort – about $1.6 billion dollars per year is required to save all Australia’s 1800 threatened species, considerably less than Australians spend on their pets each year; promote regenerative agriculture and biodiverse carbon farming; learn from and support Traditional Owner land management; stronger laws for the protection of native species; factor the changes occurring in the environment into the responses; stop destroying habitats, especially on private land; and keep telling stories about what can be achieved when protection is done well.

One positive move is the development of Australia’s Threatened Species Index covering both marine and land life. Sub-indexes have already been completed for birds and mammals and plants will come later. The bad news is that from 1995-2016 the number of Australian mammals declined by more than a third (a third in just 20 years!!). Threatened bird populations declined by 50% between 1985 and 2015. The good news is that where well-resourced conservation occurs, threatened species populations increase.

One animal that seems to be doing better than we’d thought in Australia is the Green Turtle. Researchers using drones have found 64,000 Green Turtles – nearly twice as many as previously thought – waiting to lay their eggs on the beaches of Raine Island at the northern end of the Great Barrier Reef. The video in this article shows a fair proportion of them. (I have a soft spot for Green Turtles as I worked on Ascension Island for two years in the late ‘70s and had the pleasure of watching them lumber ashore, dig their nests, lay their eggs and struggle back to the water exhausted.) 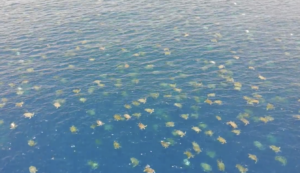