Australia’s response to US pharmaceutical industry influence in the Trans-Pacific Partnership negotiations holds valuable lessons for the coronavirus crisis.

In his recent memoir, A Bigger Picture, former Prime Minister Malcolm Turnbull reflects on the final stages of the Trans-Pacific Partnership (TPP) negotiations, recalling the ‘enormous pressure’ placed on Australia and the other TPP parties in the final stages of the negotiations to adopt at least eight years of exclusivity for biologics in order to satisfy the demands of the ‘immensely influential US pharma lobby’ (p. 284). The lessons from this episode in history are vitally important now, as we consider how to ensure access to medicines and vaccines during the COVID-19 pandemic.

Accepting the US demands in the TPP would have meant delaying access to cheaper versions of expensive treatments and vaccines created through complex biologic processes – delays which would have raised the cost of the Pharmaceutical Benefits Scheme, as Turnbull acknowledges. He describes this as ‘political kryptonite’ (p. 285); an issue that would have had Australians marching in the streets, had the Australian Government caved in.

To Turnbull’s credit, he resisted the intense pressure from the US – just how intense is revealed in his book – and instructed then trade minister Andrew Robb and the Australian TPP negotiators to ‘stand firm’, denying the US pharmaceutical industry its highest priority win.  What Turnbull doesn’t mention is the enormous civil society effort behind the kryptonite. Health, humanitarian and fair trade organisations engaged in a concerted advocacy effort over many years, analysing the health impacts and ensuring politicians and the public knew what was at stake.

It’s not quite the clear victory Turnbull describes, however: the final result was a clause ambiguous enough for both sides to claim the outcome they wanted. Fortunately for Australians, trade lawyers never had an opportunity to argue over the interpretation of this obscurely-worded clause. Following Trump’s withdrawal of the US from the TPP, the remaining eleven parties suspended several clauses which they no longer saw as being in their interests without the reward of improved access to US markets; among them the controversial clause for biologics. Since it’s suspended rather than removed, this clause could unfortunately still be reintegrated into the TPP, by agreement among the parties, if the US returns to the agreement in future.

Undeterred by the outcome of the TPP negotiations, the US later went on to negotiate ten years of data exclusivity for biologics in its renegotiated agreement with Canada and Mexico. Isolated and over a barrel in these negotiations, Canada and Mexico had little choice but to accept the US demands. However, this apparent win for the pharmaceutical industry turned into another disappointment when political opposition to high drug prices in the US led to a revolt in Congress and ultimately the deletion of the biologics clause from the United States-Mexico-Canada Agreement (USMCA) altogether.

What these episodes demonstrate is that even the enormously powerful US pharmaceutical lobby can be defeated under certain conditions. In the TPP negotiations, solidarity between the 11 nations resisting the US agenda was vitally important, as was the political will in each of those countries to resist. Behind the political will was the kryptonite generated by the efforts of a well-organised civil society movement. The defeat of Big Pharma’s agenda in the USMCA was again due to the efforts of civil society in the US, helped by the fact that the US is now facing unprecedented pain from high drug prices that people are unwilling to accept.

Not surprisingly, the latest antics of the US Government at the behest of its pharmaceutical industry have been to oppose efforts at the global level to ensure equitable access to treatments and vaccines for COVID-19.

When the World Health Assembly resolved to adopt a resolution put forward by the European Union to address COVID-19 on 19 May 2020, the US dissociated itself from clauses affirming countries’ use of legal flexibilities available to them under the World Trade Organisation’s Agreement on Trade-Related Aspects of Intellectual Property Rights (TRIPS) to exploit patented inventions without the agreement of the patent holder where this is necessary to protect public health. These legal flexibilities are vital for removing obstacles to access.

The US also dissociated itself from a proposal, initially made by Costa Rica, for a global pool of intellectual property rights, knowledge and technology for products to combat COVID-19, and argued for a very narrow interpretation of this initiative. Now launched as the COVID-19 Technology Access Pool (C-TAP), 37 countries have pledged to support it. The US is notably absent, and Australia has not yet declared its support for the initiative.

Can the conditions that saw Big Pharma’s agenda overturned in the TPP and USMCA be reproduced now, in the coronavirus pandemic? People everywhere will suffer if health technologies to combat COVID-19 are priced too highly and obstacles to rapid manufacturing around the globe are not lifted, so there is a strong logic to underpin global solidarity. If a strong civil society movement can be generated rapidly to urge national governments to use TRIPS flexibilities and to participate in the global pool of intellectual property rights, it is possible the Pharma agenda can be prevented from derailing access to COVID-19 technologies. 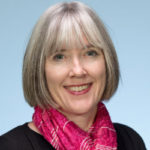 Deborah Gleeson is an associate professor in the School of Psychology and Public Health at La Trobe University, Australia, and an Associate at La Trobe University's Centre for Health Law and Society. Deborah's research focuses on the interface between trade and investment agreements and public health, and her recent book Trade Agreements and Public Health with Professor Ronald Labonte provides an introduction to the topic for health policy makers, researchers and advocates. Deborah co-convenes the Political Economy of Health Special Interest Group of the Public Health Association of Australia (PHAA) and frequently represents PHAA on matters related to trade and health. She received a PHAA President's Award 2015 for public health leadership, engagement and commitment on the impact of international trade issues on public health.