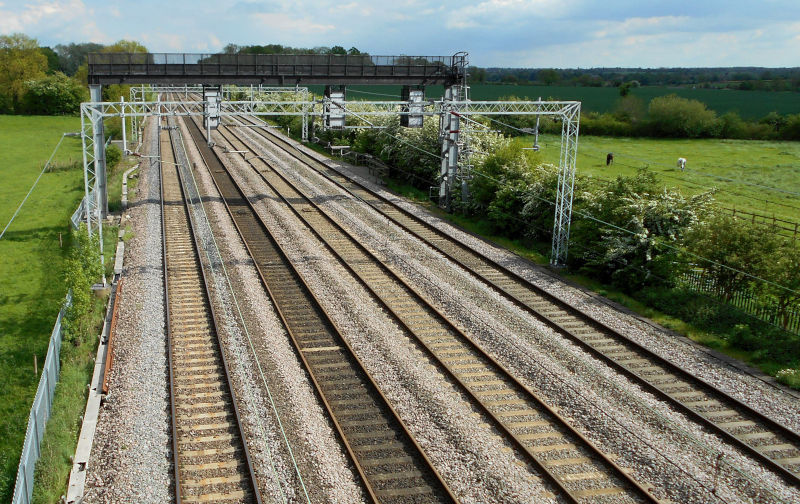 The capacity of our politicians to take a good economic policy idea and pervert it into a partisan waste of taxpayers’ money never ceases to appal.

Once I was a big supporter of greater spending on infrastructure projects, even when most of the cost had to be borrowed. That’s because well chosen projects will add to the economy’s productivity – say, by reducing the time taken to get from A to B – and thus more than pay for themselves over time.

But for that, you have to be sure to pick only those projects that offer economic and social benefits well exceeding their costs. When a politician doesn’t bother with that, but picks projects just on winning votes, you can’t even be sure people in the chosen electorate will gain much benefit.

In this election campaign, the Morrison government’s promise to add transport infrastructure spending of $18 billion to our already high public debt in the hope of buying votes in key electorates, would not only involve wasting much money. It would also ‘‘crowd out’’ spending on more valuable things, such as education, aged care or research.

Of course, Labor plays the same game. In this election, however, it’s proposing to waste no more than $5 billion. (This is a big improvement on the 2019 election, when Labor wanted to spend $49 billion, against the Coalition’s $42 billion.)

It would be good to have some knowledgeable person keeping tabs on these huge sums. And fortunately, there is: Marion Terrill, of the Grattan institute.

In her assessment of the two parties’ promises this time, she notes that the emphasis on winning votes in key marginal seats is quite unfair. Those of us not in marginal seats get little of the moolah. And some states get a lot more than others. The Coalition is offering nearly $900 per Queenslander, compared with about $500 a person in NSW and Victoria. As for Labor, it’s offering close to $400 a person in Victoria, with Queenslanders next on about $200 each.

Total bribes are well down this time because billion-dollar projects are less prevalent, with the Coalition offering just five (in ascending cost, the Sydney-Newcastle rail upgrade, the Brisbane-Gold Coast rail upgrade, the Beveridge intermodal terminal in Victor, the Beerwah-Maroochydore rail extension and the North-South Corridor in South Australia) and Labor offering just one (the Melbourne suburban rail loop).

Note, however, that none of these six projects has been assessed by Infrastructure Australia as nationally significant and worth building. Only one of them has actually failed the assessment (the cost of the Maroochydore rail extension was found to exceed its benefits), with the other five being proposed without completed assessments.

Terrill says it’s prudent to be stepping back from last election’s mega project binge. For some years, the engineering construction industry has been warning about its limited capacity to deliver the existing pipeline of projects, let alone add to it. Even before the pandemic, employment in the sector had surged by half, and supply-chain disruptions had made it slower, more difficult and more expensive to find materials.

With the recent slowing in population growth, maintaining and upgrading existing assets should take priority over big new projects. But both parties have promised to spend more on new projects than upgrades. Pollies always prefer the flashier projects.

But while big projects are down, tiny projects are way up. Two thirds of the Coalition’s promised spending is on projects costing $30 million or less, and nearly half of Labor’s. We’re talking commuter station car parks and roundabouts.

My guess is this is about spending less money overall on projects targeted towards many more key electorates. That is, it’s about greater vote-buying efficiency. Presumably, the voters in these seats find the projects attractive.

But that doesn’t make the money well-spent. Terrill reminds us these tiny, hyper-local projects violate a longstanding principle that the Feds stick to infrastructure of national significance, leaving the small stuff to state and local governments.

They know a lot more about what’s most needed where, meaning that when the feds blunder in with their vote-buyers, things often go amiss. Many commuter car parks promised at the last election had to be cancelled, Terrill says, because there were no feasible design options, feasible sites or because the rail station was being merged with another.

How were the young political staffers with their whiteboards in Canberra supposed to know that?

Terrill notes two further objections. First, ‘‘the quality of the projects promised in the heat of election campaigns is poor,’’ she says. The tiny projects are too small to be assessed by Infrastructure Australia and, as we’ve seen, the big ones get promised without completing proper assessment.

Second, she says, ‘‘government decisions should be made in the public interest, and those making the decisions should not have a private interest – including seeking political advantage with public funds’’.

‘‘A better deal for taxpayers would be for whichever party wins government on Saturday to halt this spending on small local infrastructure, and focus instead on nationally significant projects that have been properly assessed by Infrastructure Australia,’’ Terrill says.

In an earlier report, Terrill argued that the next government should strengthen the transport spending guardrails. It should ‘‘require a minister, before approving funding, to consider and publish Infrastructure Australia’s assessment of a project, including the business case, cost-benefit analysis, and ranking on national significance grounds’’.

This would go a long way towards increasing the social and economic benefit from projects, while reducing their use to buy votes with taxpayers’ money.

And all that’s before you get to cost-overruns. Back in 2020, Terrill reported that the Inland Railway was originally costed at $4 billion, whereas the latest estimate was $10 billion. Melbourne’s North-East Link had gone from $6 billion to $16 billion. The Sydney Metro City & Southwest underground had gone from $11 billion to $16 billion. Incompetence or deliberate understatement?