Planning to not lose: the Australian Army’s new philosophy of war

The Army and the wider ADF will not go forth and force the enemy to succumb to our will. That is no longer possible, as the succession of lost wars shows. Instead, our future lies in being a state whose objective is to maintain the status quo or, in other words, to not lose.

In 2012, I published a short monograph titled The Future of War Debate in Australia. At the time, I observed that the US Army was in the midst of a very public and fervent debate over the direction it should take as it prepared for the wars of the future. On one side were the small-war advocates, whose most prominent voice was Lieutenant Colonel John Nagl, while leading the call for the traditionalist was Colonel Gian Gentile. Both published books and numerous articles on their points of view and there was no shortage of other military officers and civilians who joined the intellectual contest.

In ‘The Future of War Debate in Australia’ the point I made was that the Australian military community was, in contrast, largely silent on the future of war, even though its soldiers had served alongside those of the United States in Iraq and Afghanistan and had garnered a wide array of experiences of their own to reflect upon. The silence troubled me. Why had the Australian experience in these wars not resulted in any sense of curiosity—or not public curiosity, at least—on what the Australian Army had learned or on how this knowledge should inform the conduct of future war? I never expected every soldier to engage in such a debate, but even just a handful would have been enough to ease my concern. The hallmark of a true professional military organisation is a willingness to think, learn and change. Silence was the response of those without the vision to advance the profession of arms. At that time I had worked with and been around soldiers for more than a decade and had met enough of them to know that they were generally not ignorant men and women and that most cared deeply about their profession and their duty to the country and its people.

To me, the intellect of the organisation and its lack of interest in examining its current wars were at odds. I concluded that the problem was at the institutional level, not the individual. The organisation lacked mechanisms to foster disruptive thinking, and soldiers lacked the opportunity and encouragement to reflect deeply on the art of war. More importantly, there was no reward for doing so. Symbolising this intellectual blight is that 18 years after the start of Australia’s participation in the US-led wars in the Middle East there has been no institutional reflection on these operations, or any effort to test if the Australian art of war required revision in light of experience.

At no point has the Australian Army attempted to replicate the effort of the German Army in the years immediately following the First World War to learn lessons, inculcate change and rethink the art of war for the future. The Australian Army Journal has not teemed with the contest of ideas. In the face of defeat in the Middle East and a rapidly changing international security environment, the status quo remains complacently supreme. That a military can be resistant to change is actually quite common. The respected US Marine Lieutenant General Paul Van Riper observed that ‘military cultures are like great ocean liners or aircraft carriers: they require an enormous effort to change direction’. There is no formal prohibition on professional debate in the Australian Army, although it does seem to have inherited the British Army’s anti-intellectual bias. It also doesn’t help that Australian society is profoundly anti-intellectual. In his book on Australia in the 1960s, now over 50 years old, Donald Horne wrote that it was ‘the Australian style to deny the intellect’, a practice that remains embedded in the Australian consciousness to this day. Further, it is not helpful for the promotion of free and frank debate that Defence policy requires anyone writing for publication to receive the approval of their one-star.

Other militaries have imposed similar constraints on publication. In 1935, the French General Maurice Gamelin issued an ukase that all officers had to submit their lectures and articles that touched on doctrine to General Headquarters for permission to publish. A contemporary noted, ‘everyone got the message and a profound silence reigned until the awakening of 1940’. A similar prohibition occurred in the US Army after the First World War. While a captain, Dwight D Eisenhower was carpeted by his general for his unorthodox views and was threatened with court-martial if he persisted in publishing his heresies. Eisenhower responded by requesting a corps transfer.

As he wrote the plan that would bring the Allies victory in the Second World War, General Albert Wedemeyer, observed that too many senior officers preferred to hang on to the proven and traditional, although outmoded, ways of waging war. Perhaps if senior leaders had been more ready to encourage debate during the interwar years a more intellectually robust officer corps would have been ready for the Second World War. It doesn’t take much to shut off debate, but the temptation must be resisted. How an army thinks about war is a function of its culture and represents an essential component of military effectiveness. This means a culture of openness is needed to think in peacetime about war in order to be ready for the future.

It was only later that I realised that the failure of anyone to respond to my call for a debate was in part my fault. I had assumed that my clarion call would bring forth thinkers willing to share and debate their ideas. While The Future of War Debate in Australia called for a discussion on the force’s future, it did not provide a starting point; I had underestimated the institutional impediments to free thought. This paper does not repeat the mistake. Once again, I believe that the Australian Army and the wider Australian Defence Force (ADF), if not all of Australian society, need to think deeply on the requirements of future security and the role of the land force—and Defence—in protecting the nation’s sovereignty. Such thinking should be a whole-of-nation activity so that the nation’s citizenry understands what is at stake and accepts and supports the need for change.

My belief in the necessity for a national debate on the future of war has only strengthened. To get the debate started, and putting my money where my mouth is, I therefore present in this paper a detailed outline of the kind of land force I believe Australia requires and the philosophy under which it will fight in a world that is more challenging and dangerous than we have ever experienced before. While Chief of Army, the current Chief of the Defence Force, General Angus Campbell, stated that we—Australia and the world—are heading into a more disruptive age, a sentiment with which I fully concur. The Chief of Staff of the US Army has employed similar language to warn about the future security environment, using words such as ‘complex’, ‘dynamic’ and ‘uncertain’.

I state quite directly that Australia must dramatically change how it prepares for and thinks about war if it is to remain a sovereign nation. Although I have thought long and hard on the paper’s elements, I do not want what I have written to be the last word. Rather, I hope it is the first—simply a starting point for what should be an honest and forthright exploration of what the future army should look like and how it will think and plan to fight. I hope that this debate is conducted by those who wear a uniform as well as those who do not, and that the ideas contained herein are exposed to public examination. While I have limited my scope to the land force, I have no doubt that that the other services and the joint force would also benefit from a similar free and frank debate. At stake is not just the future of the Australian Army and its way of war but also the future of Australian sovereignty.

War changes in accordance with the context of the age. There is nothing particularly profound in this statement; it is the way it has always been. Because of this, military organisations must evolve in order to meet the challenges and harness the opportunities of the present and future. To not do so is a dereliction of duty of the highest order. Writing in 1999, General Robert H Scales Jr peered into the coming information revolution and concluded that the ‘imperatives for charting tomorrow’s capabilities today are imposing’. The same words sum up the state of play for the Australian Army today. The challenges are indeed imposing. They are complex and are occurring simultaneously.

The precise future is unknown but one thing is clear: Australia’s future will be less comfortable and secure than its present. Every indication is that Australia’s future position will be worse than it is today. Also, because events like the rise of regional superpowers or climate change are largely beyond Australia’s ability to control, there is little the country can do to prevent its situation from becoming increasingly dire. Therefore, Australia must adapt to the new context. The first step in any change is to accept reality. Australia needs to recognise the reality of its relative weakness and plan accordingly. The envious lifestyle of the Swiss, or the Swedes for that matter, demonstrates that Australia’s future need not be an unpleasant one. The Swiss are realists and prepare accordingly.

Australians need to become realists. For the military, this means the abandonment of any notion of being able to win war in the traditional sense. The Army and the wider ADF will not go forth and force the enemy to succumb to our will. That is no longer possible, as the succession of lost wars shows. Instead, our future lies in being a state whose objective is to maintain the status quo or, in other words, to not lose.

In the aftermath of the disastrous twin defeats at Jena and Auerstädt in 1806 at the hands of Napoleon, Prussia implemented reforms under the guidance of General Gerhard von Scharnhorst. He knew that his reforms would not be well-liked because they would set the Army and the nation on a different course. His ideas required a cultural reinterpretation of how Prussia prepared for and waged war. This is where Australia finds itself today as the context of war changes. Hopefully, Australia will embrace the idea that its secure future lies in forging a military instrument whose way of fighting is based on the philosophy of to not lose. Hopefully, Australia will not require its own Jena–Auerstädt to do so.

This article is an extract of a research paper written by Albert Palazzo and republished from the Australian Army Research Centre. Click here to read the original research paper in its entirety. 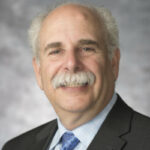 Albert Palazzo is a research fellow in the School of History at the University of New South Wales at the Australian Defence Force Academy in Sydney, Australia.