Plenary Council: The Church needs to change with the times 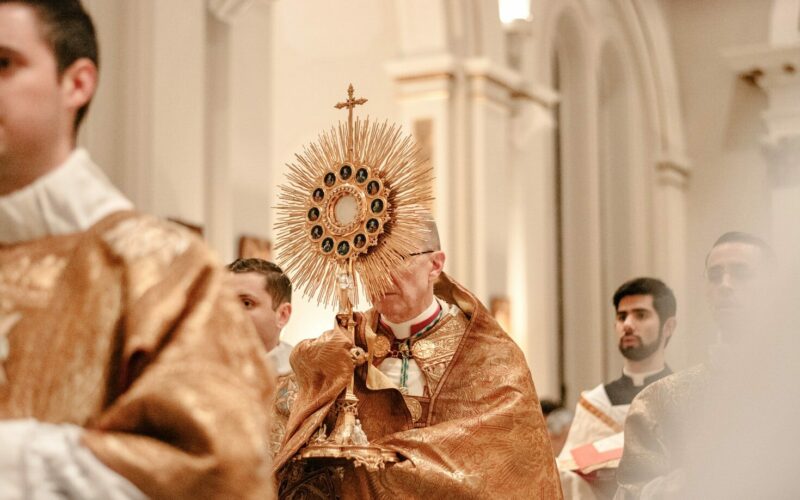 The Catholic Church needs a renaissance to be effective in its mission, as the Plenary Council faces the challenges of an evolving, complex world.

As it currently stands, the Plenary Council Assembly seems to teeter on tectonic plates. Some are comfortable with the traditional notion of the Church, almost as a bulwark against society.

Then there are those calling for the Church to embrace the new sciences … Little wonder the councillors express frustration with the process to date.

Leaving Friday’s assembly reminded me of a story from a good mate. He recalled pouring out of a Dylan concert and overhearing the bloke in front saying to his girlfriend that the songs bore no resemblance to their peak in the 1970s. And even the newer tracks just didn’t hit the mark.

Gradually over the week, the assembly has heard a wide spectrum of heartfelt suggestions, ranging from the nostalgic through to the revolutionary. Almost like Catholics in therapy! Some things hit the mark and others hark back to times that I remember fondly but no longer work for me.

Pope Francis warns the Church to not miss the change in era. The old “rock stars” need to step aside. There are only so many “farewell tours” the fans can take! And the fans are voting with their feet.

By its nature, a change in era implies a change in the terms of engagement. A paradigm shift is essential for the effectiveness of the mission of the Church. It is not about efforts to restore or even to renovate “business as usual”. It is more than rehabilitation. A renaissance, a reimagining, best hits the mark. Being a Church on mission requires new information and a committed disposition to engage and affirm. It is about compassion, not imposing convention or compliance. But we need new methods to accomplish this.

We live in times where new knowledge arising from new social and scientific understandings, including cosmic and ecological, provide new insights into emerging personhood. We also have the data on a society defined by gross inequities, breaches of human rights and intractable inter-generational poverty. A vibrant Church will insist on being at the coalface of these challenges. Not with a set of propositions but rather with a driving desire to restore human dignity, balance the scales of justice, and reverence the people and land we work with and live on.

As it currently stands, the assembly seems to teeter on tectonic plates. Some are comfortable with the traditional notion of the Church, almost as a bulwark against society. An alternative universe, determined to preserve beliefs and traditions from the corrosive influences of secularism. Then there are those calling for the Church to embrace the new sciences and the unfolding appreciations of human development to better relate to the world around it. Little wonder the councillors express frustration with the process to date.

Many of us have been formed in the tribal culture of old or enlivened by the new ecclesial movements. However, the challenge is to avoid becoming “museum pieces” to use Pope Francis’ term.

We all need to resist “pumping air into old tyres”. That is, our complex world does not require simplistic, static answers. Our theology needs to evolve as God’s creation evolves.

A case in point is how we can get stuck on our understanding of the human person. We need to be conscious of notions of personhood that are actually prescientific concepts that don’t do justice to those who stand before, with and apart from us. Again, I think of the rainbow people in particular.

I feel a degree of apprehension at this moment in the assembly. I worry that the councillors, myself included, do not have the information or time to digest the profound paradigm shift that is before us. Serious scholarship and spiritual direction led the enlightenment of the Second Vatican Council. We need access to similar input and formation if the magnitude of the task can be embarked on with authenticity and hope.

With so much still “up-in-the-air” perhaps tomorrow will provide the direction we need for a strategy to take us further on this path of renewed mission and relevance.