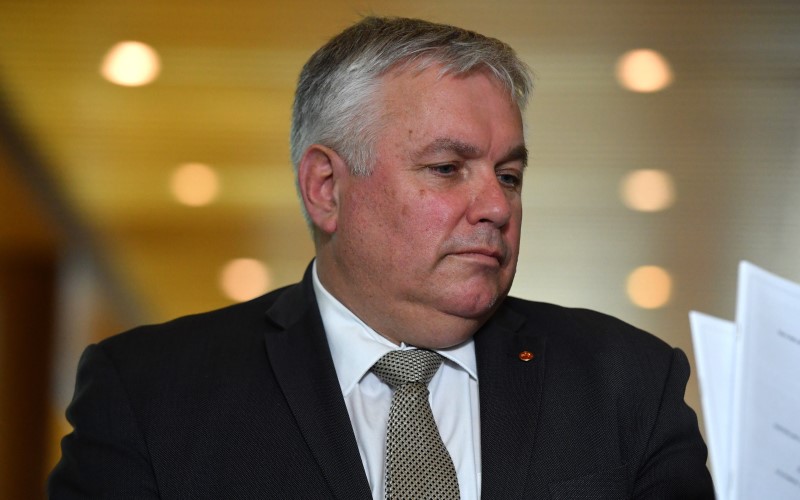 At the heart of Senator Rex Patrick’s attack on a senior public servant was a call for the public service to be more independent and impartial.

In their letter of 26 November to the president of the Senate, the secretary of the Department of Prime Minister and Cabinet (PM&C) Phil Gaetjens and the Australian Public Service (APS) Commissioner Peter Woolcott complain about Senator Rex Patrick’s naming of Angie McKenzie, an assistant secretary in the department, on November 23 and other public servants on November 25 seeking referral of his “derogatory comments” to the Privileges Committee. They consider the comments to be damaging to her personal and professional reputation, say she has limited opportunity to respond, and write “on her behalf and in defence of our independent public service”.

They identify two key issues: that in a workplace the comments would be regarded as bullying and harassment; and that they ‘”attacked the integrity and reputation of the public service”, and in doing so “he has demoralised tens of thousands of public servants who seek to do their best for their country every day”.

Patrick’s language was at times offensive, accusing McKenzie of having “no idea of how the law works”, of “not just trimming her political sails, she’s actually put up her Liberal Party spinnaker to make her decision”, calling her “stupid” and accusing other senior officers of “political expediency or cowardice”. When tabling the letter on November 30, Patrick also referred to Gaetjens as “a grub of a man” (a comment he withdrew) and “a disgrace”.

Such language goes too far and those subjected to the terms used should be given the right to respond if the senator does not withdraw them. As the main person attacked, if anyone was to write to the Senate president, it should have been McKenzie.

But at the heart of the senator’s attack was his charge that McKenzie’s decision (replicated later by another assistant secretary, Hugh Cameron) reflected incompetence and politicisation, both of the officers concerned and of the department. That charge is not without substance.

Was Patrick justified in naming McKenzie? Yes. She was the delegate who made the decision under the FOI Act to deny Patrick access to documents. She is a highly paid senior executive officer. She is accountable for her decision (and remember, “accountable” is one of the five APS values).

Accusing McKenzie personally of “incompetence and politicisation” may have gone too far but it is more than understandable that Patrick considers her decision reflects a loss of expertise in public administration and much increased political pressure. I greatly doubt that the PM&C of old (with stalwarts such as Barbara Belcher who on retirement received unanimous applause from the Parliament) would have argued that national cabinet was a committee of the Commonwealth cabinet, let alone use that argument after the AAT decision.

FOI decisions have always been politically sensitive, of course. Delegates will be mindful of the political consequences of their decisions but know that they must strictly follow the law. That will generally mean giving ministers and their offices notice of the impending release of documents and may also involve considering whether political concerns reflect genuine issues of public interest covered by the FOI Act. I fear, however, the latter now plays a much greater role than in the past, placing at serious risk strict application of the law.

I raised concerns about this when I was APS commissioner in the early 2000s. I am also aware of a subsequent PM&C secretary who required delegates to send him draft decisions for comment. In my view, that crossed the line even if he did not formally give any directions to the delegates. It seems that, at the very least, PM&C delegates today receive legal advice — that McKenzie and Cameron used the same words suggests this is the case — but delegates need to understand that is just advice. They must decide and take responsibility each time they make a decision. If they received advice that a case could still be made that national cabinet is a committee of the Commonwealth cabinet, surely that advice would also have made clear such a case was dismissed by the AAT and not appealed, presumably for good reason. It is hard not to suspect that the department has been giving advice to delegates that is both incompetent and politicised and they in turn have been accepting it when they shouldn’t.

The letter from Gaetjens and Woolcott is over the top. This is not a case of workplace bullying — it is about accountability. To claim Patrick is attacking the integrity and reputation of the APS when he is clearly advocating a more independent and impartial APS is at best ill-considered; particularly when actions by government ministers, including the prime minister, have shown disregard for impartial advice and encouragement of unlawful action. Gaetjens is particularly unwise to lead the charge given his own actions to dispute the auditor-general’s findings in the sports rorts case and to agree to undertake but never complete a review of what the Prime Minister’s Office knew of the Brittany Higgins allegations.

Woolcott’s involvement is particularly disappointing. With PM&C secretaries more often being appointed for their closeness with the PM these days, it is the APS commissioner who should provide the APS with its professional leadership and distinguish his role from that of the PM&C secretary. Woolcott has successfully rebuilt the Australian Public Service Commission after the destructive influence of John Lloyd, but he could do more now to acknowledge that there are indeed some underlying problems and point to the way the APS leadership, including senior executives, can model the APS values.

Finally, in his “state of the service report”, the commissioner emphasises the success of the “One APS” strategy, particularly during COVID-19. When we first promoted greater collaboration across the APS in the 2003 Management Advisory Committee’s “Connected Government” report, included in Peter Shergold’s preface was an important caution: that closer collaboration must not be allowed to promote “group think”. This is where different perspectives and important debates amongst different experts are discouraged because of pressure to ensure agreement, and where the emphasis is on everyone singing from the same song sheet. The story around the national cabinet and FOI screams of group think and refusal to listen to unwelcome advice, as well as excessive responsiveness to political masters.