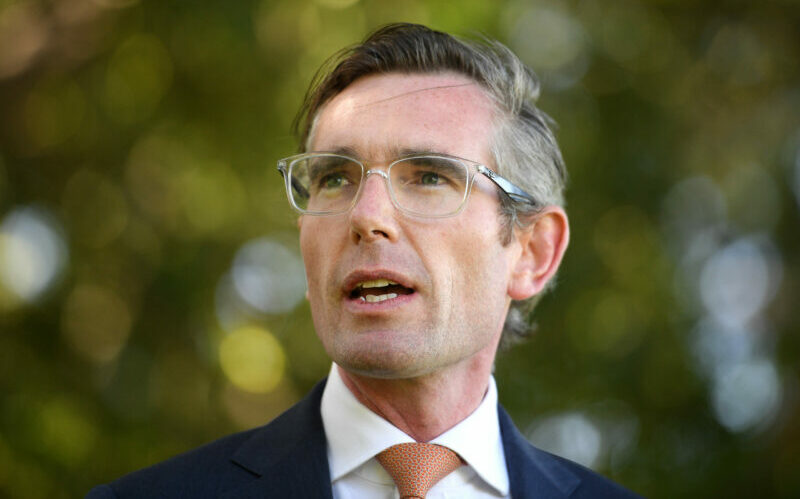 The contemporary Liberal Party is full of Catholics, so it’s unsurprising that the church has one of its own as NSW’s new premier. Only time will tell how much Dominic Perrottet’s religion will influence his leadership.

On October 5, parrying journalists’ questions about his religion at his first press conference as NSW premier, Dominic Perrottet insisted that, conscious of the privilege of filling that role, he would govern for everyone in NSW.

For several reasons. that is unlikely to be the reality — Coalition governments don’t really operate that way — and, accordingly, those journalists believed that they had good reasons to pursue their questions about his religious convictions.

One of those reasons, though, is the increasingly out-of-date view that Catholics are alien to “Tory” politics.

It is true that for the first 40 years or so after Federation the conservative parties were thoroughly Protestant organisations.

In those years Catholics were despised as Irish and working-class but as Catholic education systematically achieved its secular goals and, more than ever, those Catholics entered the professions and the moneyed strata of society they were like fish-out-of-water remaining in and voting for the Australian Labor Party (ALP).

Furthermore, when Robert Menzies founded the “Liberal” Party in the 1940s it would have been impossible for him to have created a national organisation without the support of two prominent political Catholics — senator Neil O’Sullivan in Queensland and John Cramer (the federal member for Bennelong in Sydney).

Then, when Menzies won the 1949 election, it was with significant support from the strongly anti-Communist Brisbane Archbishop James Duhig, who, unusually for a bishop, was renowned as a “Tory”.

The stage was set for a tectonic shift in Australian politics: all that was needed was a catalyst.

That came when the reactionary BA Santamaria established the Democratic Labor Party out of his clericalist National Civic Council, a misconceived “Catholic action movement”. In practice, it simply acted as a bridge which allowed those pent-up richer Catholics to migrate to Menzies’ Liberals.

Thus, our media is operating with a dated and inaccurate sense of the political allegiances of Catholics.

The contemporary Liberal Party is full of them and it is unsurprising, therefore, that Catholic leaders will emerge.

Consider what John Howard faced when his own political career ended in tears and trauma in 2007. The potential leaders of his party from NSW (a crucial geo-political consideration for him, as he had wrested control of his party from the Victorians) were Catholics — Brendan Nelson, Malcolm Turnbull, Tony Abbott.

Howard didn’t like Catholics but his animus towards Victorians was greater and, therefore, political pragmatism tempered sectarianism; the essential political reality for the Coalition is that electoral success always trumps zealotry and other loyalties.

As Gough Whitlam tried, with mixed success, to teach the Labor Party: “Only the impotent are pure.”

So will it be, I‘d suspect, with the ambitious Perrottet: he’ll want, most of all, to be an electoral success.

Catholics were therefore diffusing homogeneously throughout our society even as they were, in large numbers, abandoning the meaningful practice of their professed religion — and inevitably seeking other parts of the community with which to identify.

All too often, those who remained devoted adherents seemed anxious to seek the certainties of a more old-fashioned (or traditionally authoritarian) religious world and — to an extent this might be considered “right-wing” — had to look elsewhere for models, principally to the USA and Europe (not South America, for all that it might seem attractive in other ways: killing in the name of religion is generally considered “un-Australian”).

The former was a surprise, given that its founders were Protestants, but political allegiances have their own allure and Perrottet has spoken admiringly of Donald Trump.

Those “remaining” Catholics have, rather, sought solace from the rightist-Christian parties of Europe, for all that their histories have been so odiously intertwined with such fascist régimes as Hitler’s in Germany, or Franco’s in Spain (notably the Opus Dei cult which has been transplanted into Australia), Salazar in Portugal and Mussolini in Italy.

Admirers of such dark anti-democratic movements might have included some of Perottet’s French-immigrant family: he was educated at Redfield College (whose name, with no overtly Catholic associations, conveniently obscures its Opus Dei fundamentals) which is run by the Pared Foundation, doubtless an Opus Dei “front”.

That school’s very existence is, incidentally, a continuing rebuke to the Catholic system in Sydney.

By his own affirmation, that school imparted his values to Perrottet.

Perhaps his move into Liberal Party politics, where he was widely seen as the as the protégé of David Clarke, the Opus Dei man in the Upper House, was therefore merely a continuation of that group’s policy of infiltration into other groups and taking control of them — in this case, converting the NSW Liberals into a “Christian“ party?

He denies membership of the cult but if he were a member his superiors would, presumably, insist that he not divulge the fact.

Perhaps, by contrast, his entry into politics really declared that he was growing out of his schoolboy attitudes and recognised the futility of taking over such an redoubtable entity as the Liberals?

That he was becoming more “mainstream”? Will he be able, as a statesman, to prove to his Parliamentary colleagues and to the electorate that he is capable of operating in ways that are “guided” but not dominated by his conservative conscience?

Only time will tell.

One thing is sure. His political actions will test him thoroughly enough, because they are real and criticism of them cannot be dismissed as mere prejudice or febrile conspiracy theories.

What, for example is the ethical justification, as alleged, in having icare, a part of his portfolio, pay for staff (political staff, perhaps?) in his ministerial office?

What is the ethical or legal justification for his reported creation of a financial entity which seems intended to “hide” transport losses, separate from the budget papers?

Will ICAC be interested in such questions, might the change in premier be simply a case of “out of the frying-pan into the fire” for the Coalition?

Fundamentally, we are a secular society and “confessional” issues will not hold water for long.

Political judgements are both more severe and more enduring.

John Carmody was a member of the Faculty of Medicine at the University of NSW for 40 years. He writes regularly for the “Australian Dictionary of Biography”.