Possibilities for the next federal election 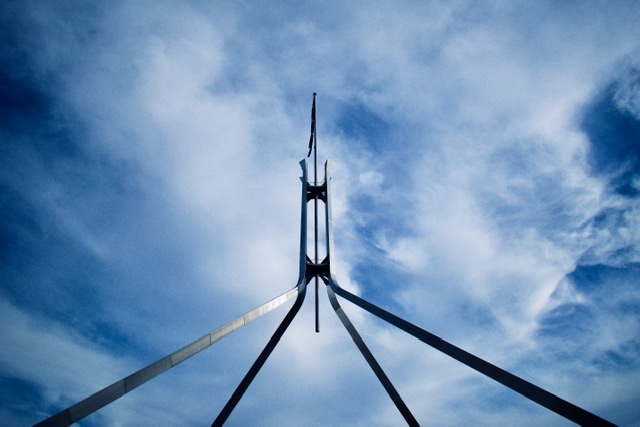 Now that the redistributions in Victoria and WA are completed we can begin to assess the possibilities for the next federal election. Imperfect as it is polling offers some interesting insights.

We now know the redistribution framework for the federal election expected in 2022. With the redistributions in Victoria and Western Australia complete, a number of skilled analysts have attempted to draw the revised pendulum based on the new boundaries.

At the most fundamental level, they agree. The Liberals have lost one seat, the former seat of Stirling in WA has been abolished, and the ALP has gained one; the newly created safe Labor seat of Hawke.

The various analysts also agree that, unlike the 2019 election, no seat has notionally changed hands as a result of the boundary changes. The margins for a number of seats have changed, but they have all stayed on the same side of the line.

This means the LNP go into the election with 76 seats (if we include Hughes which is only temporarily classified as Independent), Labor with 69 and 6 Independents. Therefore. Anthony Albanese needs to win 7 seats if he is to win a Labor majority. If we assume that at least two of the Independents (Adam Bandt (Melbourne, Vic) and Andrew Wilkie (Clark, Tas.) would support a Labor government in the event of a hung parliament then 5 seats would be enough for a change of government. Some of the other Independents and any new ones who might be elected are wild cards which could change the equation. However, a 7-seat target and a 5-seat minority government target are good enough basis for subsequent analysis.

Within those parameters, a number of seats were significantly changed, most of which will have little impact on the likely election outcome, although they are of course significant to the members concerned. In WA, on the Labor side, the seat of Cowan was made slightly better for the sitting member, Anne Aly. The margin seems to have gone from a microscopic 0.8% to a wafer-thin 1.5%. Conversely, the seat of Perth has been reduced from 4.9% to 3.4%. Given how bad the last election was in WA this should still be won by Patrick Gorman, but it will be tighter.

In Victoria, none of the marginal Labor seats seems to have been significantly affected. A notable change is the relative strengthening of the Labor vote in Hotham from 5.9% to 12% while the reverse applies to Bruce (14.2% down to 7.1%).

On the conservative side, the most significant change seems to be to Chisholm. However, the different analysts have very different assessments of the likely impact of the changes. I will go into this in more detail later in this analysis. However, what is agreed is that it remains the key marginal seat target for the ALP in Victoria. After the redistribution in WA, several key marginals have got more difficult for Labor, while another has become a serious prospect.

The margin in Swan has blown out from 2.7% to 3.3%. This doesn’t seem a lot but it makes the task more difficult. Similarly, the margin in Hasluck has increased a little, from 5.5% to 5.9%. The more significant change was in Pearce, where the margin for Christian Porter if he runs again, has collapsed from 7.5% to 5.5%.

The overall outcome of the last election and the recent redistribution suggests the ALP needs a 3.3% swing to win, which would mean 51.7% of the two-party preferred vote. Of course, this means that Labor could win more than 51% of the vote and still not win. However, a look at state-by-state prospects could change this assessment.

Recent elections in Australia and overseas have made clear that polling is an imprecise predictor of likely outcomes. However, it remains the best guide we have of the overall picture.

So, what does the polling show and how much notice should we take?

The recently released consolidated Newspoll results paint a very interesting picture. Those results are an aggregation of polls taken from April to June. This gives sufficiently large samples to allow a reasonable state-by-state breakdown for every state except Tasmania.

While these results are taken over a period that would undoubtedly contain week-to-week variations the results are as good a guide as we will get. They show very interesting stability, which tends to suggest such changes as it shows are quite well established. And the results overall are not contrary to what a reasonable observer might expect.

In NSW, where Labor polled a disappointing 48% in 2019, Newspoll suggests a 50/50 result. Such a uniform swing would put the seat of Reid on a knife-edge. The swing would need to be more than 4% to bring more seats such as Robertson and Lindsay into serious contention. Local factors tend to impact which seats will perform above or below statistical expectations, but these tend to cancel each other out from an overall party point of view.

For Victoria, the results look like the status quo. This is not surprising given the very strong result in 2019 (53-47). If this were to be the result it would not be likely that any seats would change hands. This brings me to the interesting case of Chisholm. After the last election, the Liberals held the seat with a 0.6% margin. Antony Green and the Poll Bludger differ about the impact of the redistribution.

Green suggests that the Liberal vote has become worse, the other says it has improved. But it is still very close whichever is correct. 1.1% is the most generous assessment. In truth, it is impossible to judge the consequences of redistributions with that degree of precision. Both analysts are credible and do a good job, but once you get down to dividing the results in polling booths there is always an element of guesswork involved at the margin. Add to that the controversy around the use of misleading information at the last election and this seat would have to be likely to be very close even with no swing in Victoria.

The really interesting movements in the Newspoll aggregation are in Queensland and Western Australia. These were states in which the ALP did very badly in 2019, so there is significant room for improvement. The data suggests a swing of 5.5% in Queensland. A uniform swing of this magnitude would mean a Labor gain of 4 seats. Of course, swings are never uniform, but the local variations tend to even out such that the pendulum is a reasonable predictor of the number of seats, but not of which individual seats will change hands.

In Western Australia, the Newspoll results suggest a swing of 8.5%. This would seem incredible if it were not for the very low base from which Labor will be starting this election in WA. Such a swing could deliver as few as three seats, but a number of others would be on the cusp. This would mean enough seats for Anthony Albanese to win a majority could be won in Queensland and Western Australia alone.

Newspoll would also suggest that Labor could gain one seat in South Australia. It has nothing to say about Tasmania, the ACT or the Northern Territory as the samples would be too small even on a quarterly basis.

Taken at face value this polling indicates that Labor is in a winning position, albeit with a long way to go until the next election. This is without taking into account the most recent Newspoll which showed Labor leading 53/47, which would mean a 4.5% swing to Labor.

How much faith should we put in these polls? After all, they got it seriously wrong in 2019 and in the USA in 2016. A recent article by Murray Goot in the Australian Journal of Political Science reinforces the view that we should proceed with caution, although he does not suggest that there is evidence of a systemic bias in favour of the ALP within Australian polling organizations. This is based on a study of the last ten elections in Australia. 2019 was the first time that all the polls picked the wrong winner! In 2019 the error was 2.9%. compared to a long-term average error of 1.8%. However, this was not the biggest average error. In 2004 it was 3.2%.

The poll bludger’s tracking poll suggests a swing to Labor of 2.9% since the last election and an upwards trend since September last year. Even allowing for a small discount in case of any emerging pro-Labor bias in the polling the results indicate a very winnable election for the ALP with the trends going in the right direction. Add to this the emerging perception of the “Prime Minister for NSW”, which could be a very potent weapon in WA, for example, the seats required to win are within reach.

The next few months will determine whether Anthony Albanese and his team can finalise the deal.