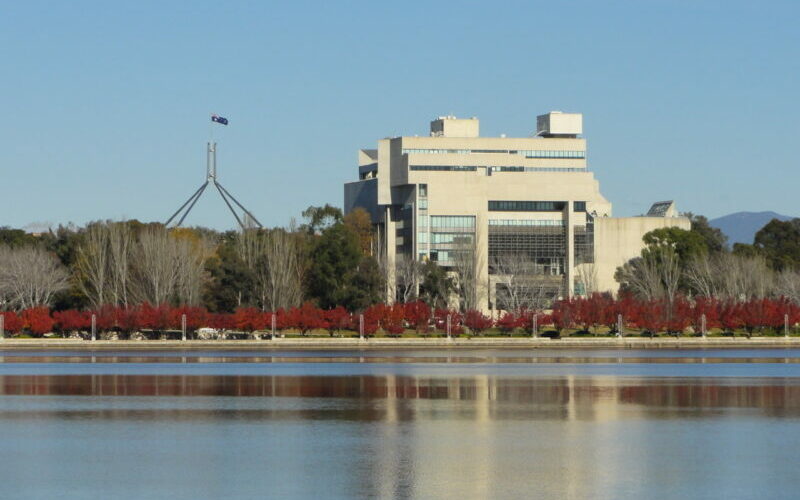 After a pandemic response that required incursions on some human rights, the threat of governments expanding these powers further is high.

Why is it that no one seems to have identified the irony in the right of the Australian political and media class suddenly becoming enamoured of human rights protections, when faced with responses to Covid such as the Victorian government’s proposed pandemic law or laws curtailing entry to public spaces, including workplaces, for those who do not have proof of vaccination?

The Liberal Party and media outlets like the Herald Sun and The Australian are fulminating about human rights being trampled on by Labor state and territory governments in their responses to Covid. But these very same institutions have routinely opposed the idea that Australia should join the rest of the democratic world and embed in its Constitution, or at least have on its statute books, a human rights act.

Perhaps the conservative side of politics and its media allies are on the road to Damascus and having a Pauline conversion?

Maybe they now see that the lack of human rights protections does mean governments in Australia can get away with substantive erosions of fundamental rights because there is no chance of a strike down by the courts on the basis of such rules being unconstitutional, or through litigants successfully challenging rules that undermine liberal values.

Of course, as Senator Jacqui Lambie from Tasmania eloquently and passionately put in a speech to Parliament this week, it is a bit rich for the likes of One Nation to be championing human rights when it is so opposed to human rights protections for Indigenous Australians or the LGBTI community.

But for those of us who lament the lack of a human rights charter or law at the federal level in this country, the response by governments to the Covid pandemic does enable a rational discussion about improving human rights protections. To be clear this does not mean embracing the opportunists and the extreme right types who are hijacking the term “human rights” for their own purposes.

While the response of governments to Covid has of necessity had to involve incursions of some rights because, when balanced against the right to life, the latter wins out, the issue now becomes the fact that there is little standing in the way of governments seeking to extend these broad powers by entrenching them in law.

The use of powers to impose curfews, to control movement of individuals by confining them to particular areas or via an app, allowing police to issue on the spot fines of thousands of dollars, and banning public gatherings have been features of the Covid response by governments. But as we move out of the pandemic the fear is that some of these powers could be used in other settings in the future.

This phenomenon of using powers legislated originally in the context of, for example, anti-terrorism policies in response to other perceived threats is not new in Australia. So called anti-gang laws have used post 9/11 anti-terror law concepts such as criminalising speech, curtailing freedom of association, and imposing controls on the movements of individuals without the person being charged with an offence.

And as the University of New South Wales’ Catherine Bond showed in Law in War with an excellent survey of laws formulated in World War I, criminalising gatherings and associations and detention without charge were all enacted in the context of an nation at war but remain on the statute books today.

It is no exaggeration to say that governments might, in response to violence in particular areas, use Covid control tools to impose curfews on communities or ban gatherings of people in public areas.

What is to stop the Commonwealth government using its broad powers under the Biosecurity Act to impose controls on freedom of movement into and out of the country in the same way that former US president Donald Trump sought to do in the context of anti-terrorism policies by banning entry into the US of people from predominantly Muslim countries?

The threat of draconian laws and concepts of control being used to deal with other perceived “crises” by governments in the future in Australia is real because the ability of courts to act as a bulwark against a rampant executive or an executive controlled legislature is severely limited in the absence of a human rights law.

That, for example, the High Court could rule that immigration detention can be indefinite or that children can be detained under immigration laws, is possible because there is no constitutional protection or even legislative sanction against such laws in Australia.

In the UK, Canada and New Zealand it is doubtful such laws would withstand a human rights challenge.

And similarly with laws that restrict freedom of speech or which allow for raids on journalists by police and security agencies. There is no constitutional right to freedom of speech in Australia, a point often missed when media organisations complain about state inference in their activities.

Australia has changed because of Covid.

The era of executive government expanding their powers to undermine or restrict human rights has arrived and will continue for the foreseeable future, just as it did after 9/11. The time for a human rights law at the national level has never been more obvious.

It is critical that those who believe in liberal values to assert themselves now and ensure the debate about “freedoms” and “rights” is not corrupted by the hard right in rallies and commentary opposing pandemic powers.