Postcard from Shanghai: Prospects are sunny, hope the cloud passes 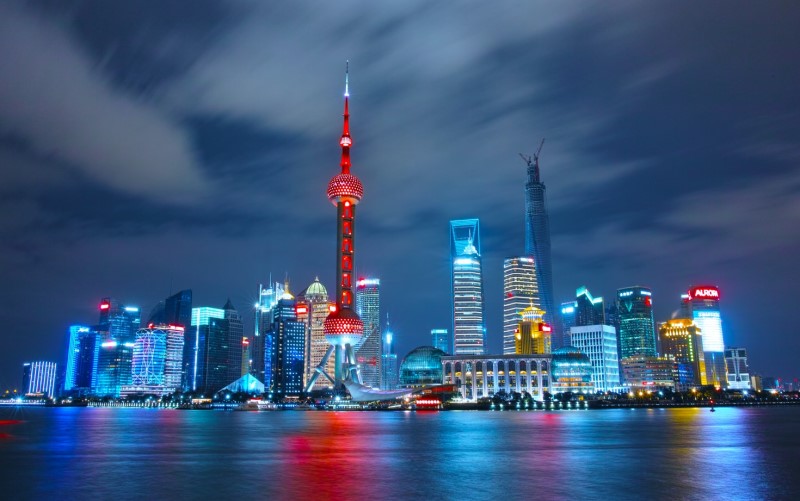 Businesspeople in this bustling Chinese commercial hub have never seen the China-Australia relationship in such disrepair.

Wish you were here. Also, wouldn’t mind if it was easier to come down home for a visit. It has been too long.

This is a note from on the ground in China where for the past 50 years Australians have been building business in the most exciting and probably the most prospective market anywhere anytime. This community of Australians and Australian companies has invested money and sweat in the bilateral relationship that has delivered in spades for the Australian economy for decades.

Soon after the Coalition came to power, prime minister Tony Abbott visited Shanghai leading a parade of state premiers and territory chief ministers along with a cavalcade of captains of industry. The government had signed free trade agreements with Japan and Korea and, Abbott said, using his favoured Australian sporting parlance, that it was only half-time, we had kicked a couple of goals in Japan and Korea but the main goal was a free trade deal with China.

Six months later in 2014 he signed off on the China Australia Free Trade Agreement. Sitting in the front row in Shanghai, the Australian businesspeople here really felt that we were from the Lucky Country as the relationship flourished. Australian goods and services were in high demand.

How has it all gone so sour? The Coalition still occupies the government benches. From an all-time high, businesspeople here have never seen the bilateral relationship in such disrepair. It is extremely tough to see the decades of hard work and investment being challenged by hairy-chested politics that seems to be primarily driven by a need to impress the United States government.

Perhaps it is logical down there in Australia. Judging by the media reports of the polling that we read, the public sentiment backs this strong stance against China. However, it makes no sense to us up here. In fact, polling by chambers of commerce from various nations report that their business members have positive or very positive business sentiment for the short to medium term. The one big drag on Australian businesspeople has been the drastic deterioration in the bilateral relationship.

Looking at the China market from Australia, especially through the dark lenses fitted to many of the commentators by the intelligence/security industry, the Australian community will reckon that China is probably all too hard. Why bother with a place that complains about how nasty Australia is to them and that has imposed trade restrictions on many of our products?

Those lenses are short-sighted and, regrettably, public opinion is being led to conclusions that are not in the country’s interest.

There is a billboard advertisement for Penfolds wine now in one of Shanghai’s poshest districts, Xintiandi. It seems rather odd for it to appear in such a prominent location when there is not much Australian wine on the shelves. Why would Penfolds spend big money promoting the product when Chinese consumers have such limited access? A close look will show it’s promoting a Bin 704 from Napa Valley and a Bin 600, another Californian. 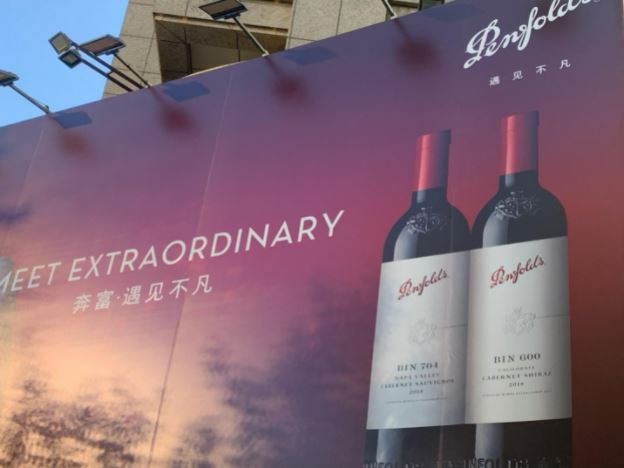 Penfolds has been a wonderful example of how Australian business can succeed in this massive market. The brand is rolled-gold, probably the most recognised Australian brand in China. Here, wine from all corners of the world vie for Chinese favour and, among that hot competition, Penfolds has achieved a leading position. This has been an industry-wide success and is the result of significant investment in money, intellect and hard work, funded by Australian winegrowers and Australian business promoting our wine in the China market.

So it is pretty sad to think that for all the efforts of Australians in China, representing all parts of the Australian wine industry, that work has gone down the drain and this great brand is selling American produced wine in China and Australian wine is left on shelves at home.

Over the past four years, as our trade has borne the brunt of the anti-China rhetoric, there has been a lot of wishful advice that Australian business should diversify from China, that the country has become single market focused. Yet, to many up here, it has been curious that more Australian business had not followed the lead of Penfolds, the mining companies and others who have demonstrated what a prospective and huge market China is for everything that we have to offer. Sure, look to other markets too, but it is hardly in our interest to neglect the world’s biggest market, the one with the greatest prospects. American business certainly recognises the opportunities, often at our cost.

So from up here in China, business continues to power along as the economy ticks over with its billions of moving parts. There remains demand in China for all of what Australia has to offer. And there is an Australian business community on the ground here that continues to work on the meaningful relationships that have delivered so much over the decades.

Hope that you are well and that we can see you up here soon. All the best. 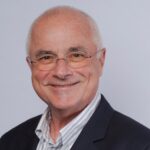 Peter Arkell has been running a consulting business in China for almost 20 years. He is a former chairman of AustCham Shanghai and the chairman of the Global Mining Association of China. He is a convenor and director of the GE Morrison Institute.