‘Power and pain’: an Australian citizens’ encounter with the SAS

Outside of Defence circles not many Australians would have had a close physical confrontation with members of the SAS. Four peace activists did in 2014 when their trespass on the Swan Island military base was dealt with by two enraged SAS members.

Looking back, the excessive brutality of the incident and the way it was dealt with by Defence in a subsequent inquiry look like early warning signs of the corrosive culture exposed six years later in the Brereton report.

I only recall the episode because of my recent contact with one of the four, Tim Webb, whose later trespass at the Pine Gap military base and his subsequent trial, along with others, under the Defence (Special Undertakings) Act 1952, are the subject of my book, Peace Crimes.

Swan Island is near the heads of Port Phillip Bay, south of Melbourne, an ultra-secret training facility for Australian Secret Intelligence Service agents and others doing clandestine work, including defence special forces and in particular the SAS (Special Air Service regiment). Its communications facility is a control point for special operations, by their nature covert.

A Christian peace convergence had been held at the entrance to the island annually since 2010. In the early hours of 2 October 2014, the third and final day of the convergence, eight activists swam out to the island, intending to conduct a ‘citizens’ inspection’ of the facility. Four were arrested without brutality by the Victorian police. Allegations about what two SAS soldiers did to the other four were widely reported in the media. Defence quickly initiated an inquiry into the incident. Its report later admitted this much: the soldiers had handcuffed the protesters with cable ties, pulled bags over their heads, stripped or cut away their clothing, ostensibly to search them.

While even this seems extraordinarily excessive, given who they were dealing with, it went a lot further, according to the contemporaneous accounts of the activists.

One of them was Greg Rolles, a former soldier himself. He told the two soldiers advancing on him that he was a non-violent protester and wouldn’t be resisting; still they tackled him to the ground. Pulling a hessian sack over his head, one of them said, ‘Welcome to the bag, motherfucker.’ (No one who hears of this can avoid thinking of that infamous image from Abu Ghraib – the tortured Iraqi man, wired up and head bagged.) The soldiers rolled Greg on to his stomach, pulled his pants and underpants down, and dragged him by his handcuffed wrists along the ground for some 10 metres, his genitals exposed.

They cuffed and bagged Sam Quinlan, then cut his pants away with a knife, from bottom to top.

The convergence organisers gave further details: one soldier threatened to rape the bound, bagged and naked activist anally with a stick if he did not give the soldier the information he demanded; another activist was threatened with drowning. According to the organisers, ‘These acts causing mental suffering clearly fit the definition of torture.’

Tim Webb recalled the soldiers swearing and shouting the whole time, ‘fucking cunts and motherfuckers and all the rest of it’ and ‘Do you know the seriousness of what you’ve done? Did you know that you’ve endangered the families of the SAS and anybody who works here? The women, the children, you’ve put them in danger.’ This confused him at first, he later told me, but then he thought, ‘No, you have done that all by yourself’; he may even have said that out loud.

The Defence inquiry’s heavily redacted report (you can find it here), which contained no account of the incident from the activists, said the soldiers’ actions ‘were based on logical decision-making and were reasonable in the circumstances’, which included ‘the overall heightened security environment’. The soldiers were practised in proven arrest techniques: ‘While detention procedures used in an operational environment may not be directly transferable to a non-operational environment, they cannot help but influence the procedures utilised by relevant SIAD members during any arrest and search process.’ (The inquiry identified the soldiers only as members of the SIAD or Swan Island Army Detachment, but this rubric covers the SAS.)

According to the inquiry, ‘It is not unusual for the process of arrest to be accompanied by the use of intimidating language in an attempt to impose the will of arresting officers on the subjects of any arrest. The blindfolding and searching of arrested persons, while no doubt confronting for them, was done in a manner that did not cause any significant injury to them, was not done in a public area, was conducted by persons of the same sex, did not involve invasive internal body search procedures and was undertaken using the minimum force necessary in the circumstances.’

The activists thought otherwise. Three of the four sued; only Tim didn’t. As the three prepared to go to court, represented by Maurice Blackburn in a civil case, Greg, the former soldier, wrote of the incident: ‘[N]not until that point could I understand the feeling of fear, terror and hopelessness [that] was the apex of Australian military training. This is what we were doing to people in other countries, just because we could take what we wanted. There was no honour here. No glory, no justice and no righteousness. There was just power and pain.’

Four years later the three settled out of court, disappointed there was no acknowledgment of wrongdoing or public apology, but confident that procedures had changed as a result of their action – in Australia, that is. ‘We will keep working for change for our sisters and brothers in affected war theatres, and encourage you to do the same,’ they wrote to their supporters.

A New Zealander, Tim had booked a ticket home before his arrest, so he decided to plead guilty from there, which he could do by letter. He was fined $200, which he paid, and it was all over. He’s critical of this expedience now: ‘If I was doing it again, I wouldn’t plead guilty and I wouldn’t pay the fine.’ Perhaps, though, moving on quickly helped protect him from the trauma of the events, which I understand has been a difficult experience for the three.

Tim recalls the incident as one of the scarier times in his life. He, too, was stripped, dragged along the road, had his back walked on, had his naked body leered over with remarks that made him feel sick, but he was also able to detach himself to a degree: ‘I remember becoming more afraid after the hessian sack went over my head but even so the whole thing felt like acting and in a weird way the angry aggressive violence of the SAS just seemed a pathetic act.’

At some stage the Victorian police had arrived on the scene. They didn’t do or say anything to intervene, but Tim felt they were uncomfortable with what was happening. When the soldiers moved away, Tim asked one of the cops to help pull his pants back on and he obliged. Eventually the protesters were loaded into a police van, the cable ties were cut, they took the sacks off their heads themselves and were processed as normal. ‘This being my first arrest I didn’t know what normal was, but I was pretty sure you didn’t normally get assaulted, stripped naked, and dehumanised by the police.’

He didn’t see the SAS men again, but even then he was not without compassion for them: ‘By the end of the day, I was feeling pity for the two men who’d attacked us. How horrible had their lives been to make them into the monsters they showed themselves to be? What horrors had they seen and had done to them as part of their training? How deep did the ugliness and hurt go?’

What we will learn from what will now follow the Brereton report may have answers to some of these questions. 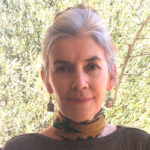