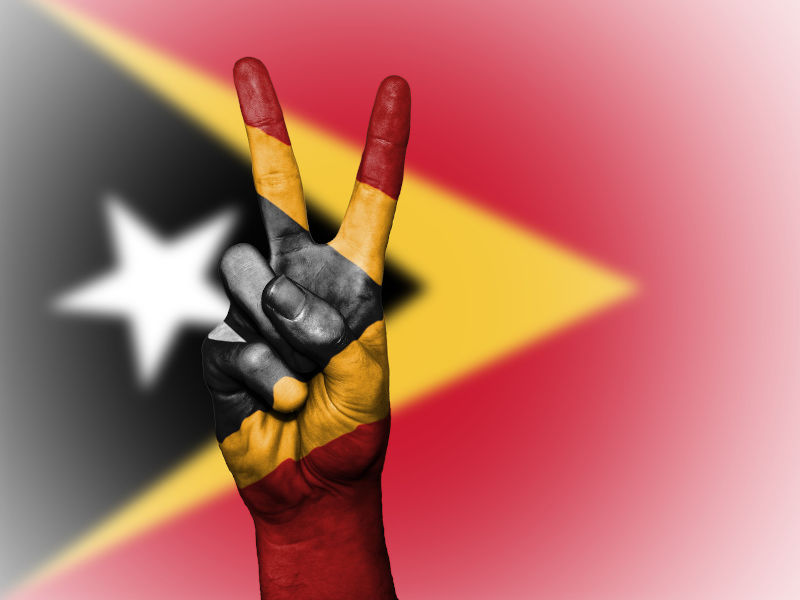 Since WWII, the implied mantra of successive Australian Governments on Timor-Leste is: Your Friends Will Not Forget You- unless it conflicts

‘Your Friends Will Not Forget You’ – is the title of Australian government leaflets dropped in 1944 by the RAAF on East Timor exhorting the Timorese to maintain resistance against the Japanese.

Before I became an activist in 1994, I knew zilch about a friendship with East Timor because like the majority of Australians, I didn’t have a clue where East Timor was. Seriously, shamefully, not a clue.

This was mainly due to the official censorship over information about East Timor in the media and elsewhere. For example, in the National War Memorial there was no display of the East Timor World War II Campaign. Yet, in 1942, 400 young Aussie commandoes were holding their own against the Japanese offensive with the vital help of the Timorese people.

This was one of the most significant campaigns because it gave a desperately needed morale boost at a time when the whole Asian region had fallen to the enemy after the surrender of Singapore.

East Timor, as we now know, was a Portuguese colony since 1702. West Timor was colonised by the Dutch since 1602, and so, as part of the Dutch East Indies it was integrated into the Republic of Indonesia in 1945. The Timor Gap is the ‘Portuguese’ body of water between the former Dutch-colonised West Timor and the surrounding Indonesian islands.

During WWII, all Portuguese colonies had neutral status and consequently the arrival and presence of the Australian commandos into East Timor amounted to an illegal invasion after the allied forces surrendered in West Timor to the Japanese Imperial Army.

After the war the Portuguese colony of Macao occupied by the Japanese forces went unscathed, but due to the support the East Timorese gave Australia and her young commandos, 40,000 Timorese died in Japanese reprisals.

The omission from our East Timor WWII history, like our First Nations’ Frontier Wars, was no oversight.

In 1996, at the NSW State Parliament House, the Australia East Timor Association held an exhibition of two collections of photographs – the Damien Parer Timor WWII collection and the collection of photos of Indonesian atrocities from 1975 to 1996 collated and curated by Dr Andrew McNaughtan.

We later got permission to hold the exhibition at Parliament House, Canberra. On arrival we were hit with shocking stipulations. Only the WWII photographs were permitted to be exhibited.

Furthermore, Canberra officials ordered that the name of the exhibition be changed from ‘Your Friends Will Not Forget You’ – a respectful remembrance of Australia’s blood debt – to simply Australia and East Timor in WWII …. and …. any references in the texts and commando personal testimonies of gratitude referring to the blood debt to the Timorese be removed or the exhibition would be cancelled.

The torture photos were hastily exhibited in a separate location.

That the Australian Government had used Big Brother tactics to control and censor what the Australian public could know about East Timor was on the one hand unthinkable but, on the other hand, not surprising as government policy on Timor had since 1975 sacrificed decency to pragmatically appease for politics and trade, East Timor’s suppressor – the genocidal government of General Suharto who later was referred affectionally by Keating as ‘Baba’ = Father !!!

Australia’s betrayal of its ANZAC friendship began in 1974:

“ I believe Australia’s interests are better served by association with Indonesia than by independence. I know that what I am writing is pragmatic rather than principled; but that is what national interest and foreign policy is all about,” Richard Woolcott

The 2/2 and 2/4 Commandos and their families did not forget their appreciation to the Timorese shedding their blood for Australian and allied freedom. To them, Timor-Leste is now integral to the ANZAC spirit upholding mateship, honour and the Aussie ‘fair go’ i.e. justice.

Therefore, the Australian government, on the matter of the Timor Sea, is beholden to implement an outcome befitting our pride in the ANZAC Spirit and – trust me, the Australian public, will, in these times of political moral volatility, tolerate no less.

Dr. Vacy Vlazna is Coordinator of Justice for Palestine Matters. She is the author of East Timor: Reveille for Courage, editor of a volume of Palestinian poetry, I remember my name and writes political commentary for a number of independent online magazines. She was Human Rights Advisor to the GAM team in the second round of the Acheh peace talks, Helsinki, February 2005 then withdrew on principle. Vacy was convenor of Australia East Timor Association and coordinator of the East Timor Justice Lobby as well as serving in East Timor with UNAMET and UNTAET from 1999-2001.