Asked whether China will take a different approach in its diplomatic efforts in the light of Xi’s remarks, Chinese Foreign Ministry spokesman Wang Wenbin told a media briefing here on Wednesday that the comments were in line with China’s “peaceful development”.

“This is in line with what we need for China’s peaceful development as well as reform and opening up. It is also conducive to the trend of peace and development. It is both in the interest of China and beyond,” Wang said.

Significantly, Zhang Weiwei, who served as an English interpreter for Deng Xiaoping, the moderate Chinese leader who succeeded Mao Zedong, was chosen to make a presentation on the status of China’s communication at the meeting presided over by Xi.

Zhang, the director of the China Institute of Fudan University in Shanghai, gave advice for relevant work and the CPC leaders listened to his presentation attentively, the state-run Xinhua news agency reported without disclosing details.

Chinese diplomacy and the official media have undergone a makeover ever since Xi came to power in 2012, becoming the leader of the CPC, the military and the Presidency.

Since then, China’s diplomacy acquired a more aggressive tone while the official print and television media modernised on a scale and speed not seen before, and sought to forcefully push China’s narrative on contentious issues.

The tone of the official media, especially by the CPC-run publications like the tabloid Global Times, has become increasingly belligerent, amid Beijing’s adverse international image following the emergence of the deadly coronavirus in Wuhan in 2019 which later became a horrific pandemic, resulting in over three million deaths globally.

This is an extract from an article republished from The Economic Times 2 June 2021. Click here to read the original article in its entirety. 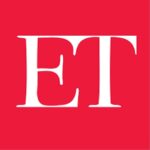