Private Schools: Blessed are the rich

Last year Shore’s income was $87.54 million. It is a rich school for kids of rich parents. It is also a charity. Yes, just like Habitat Australia, in Mount Street, North Sydney, just down the road from the school, Shore is a registered charity. 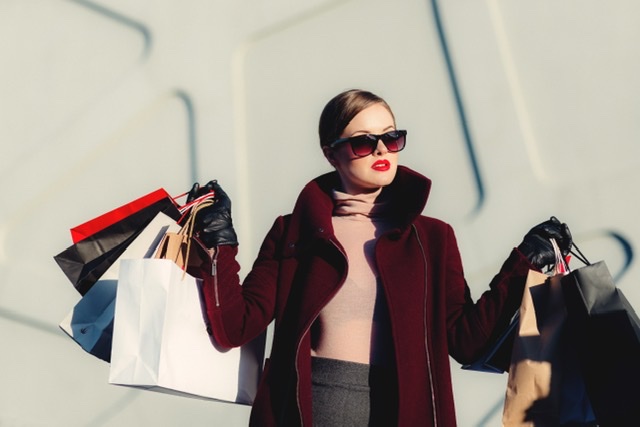 The Sydney Church of England Grammar School (Shore School) is in the news at the moment.  Some Year 12 brats have added spitting on homeless people to their must do list for their muck up day. That’s about as much attention they are going to get from me. I am more interested in the school they go to.

Last year Shore’s income was $87.54 million. It is a rich school for kids of rich parents. It is also a charity.  As such it gets perks such as income tax exemptions, goods and services tax concessions and deductible gift recipient status.

Try as I might, I cannot see why these super rich schools have any entitlements here. Take Wesley College in Victoria. The college had an income of $128.64 million in 2019. It has been involved in a colossal renovation program that includes $21 million for a music school, $16 million for a boarding facility, and $2.5 million to refurbish its boathouse.

Just down the road, Caulfield Grammar, another registered charity, with income in excess of $100 million, has been involved in constructing a new aquatic centre that will have an Olympic-sized swimming pool, with moveable floors and walls and so-called “wellbeing spaces” for dance, pilates, meditation and yoga.

Along with Haileybury College, Victoria and Knox Grammar School in New South Wales, these four schools are Australia’s richest schools and, together, spent more on new facilities and renovations than the poorest 1,800 schools combined. Wesley College, Haileybury College and Caulfield Grammar in Melbourne, together with Knox Grammar in Sydney, spent $402 million. They teach fewer than 13,000 students. The poorest 1,800 schools spent less than $370 million. They teach 107,000 students. Did someone just mention inequality?

Tired of hanging around wellbeing spaces and $21 million music schools? Come with me as we visit one of Australia’s poorest schools, Sheidow Park Primary School in South Australia. Let us tag along with principal Jennie-Marie Gorman, as she does her annual walk around the school with the finance officer and the grounds person. They pass windows held together by safety screens; they inspect the playgrounds built 20 years ago; they note the walls that haven’t been painted in 15 years; and they look again at the patch of exposed concrete in the front office, where the finance officer’s swivel chair has worn a hole in the carpet. That hole will be fixed in about five years if all goes to schedule. “We have a plan to carpet two to three classrooms a year, based on need, so the ones with the biggest holes in them or the biggest rips get replaced first”, Ms Gorman tells us. “We also need new carpet in the office, but we look at what the children need first and we put ourselves at the end of the line — which is just normal teacher stuff. That’s just how we operate”.

The conclusion here is obvious. The charity concession to non-government schools is propping up a massive two-class education system. On this evidence how can we use the word “egalitarianism” in a sentence now and keep a straight face?

It is not just the elite schools which have this charity status. The largest charity in Australia, the University of Melbourne, has grown fat on charity tax concessions. The last time I looked, the University had revenue in excess of $2.35 billion.

These tax concessions to registered charities reduce the revenue that would otherwise be available for government welfare projects. These concessions take over $1.3 billion off the government’s books each year.

The problem is in the definition. In 2013, the Commonwealth Parliament recognised a legislative clarification was needed to respond to the exponential growth of charities in Australia caused by governments retracting their historical welfare obligations. It was not so much a “legislative clarification” as it was the government opening up unprecedented access to the tax concession trough.

As long as your organisation is set up without a profit motive and comes together for a “charitable purpose” then, well, welcome to the trough. What is a charitable purpose? This is a definition that can stretch across an airfield and is applied recklessly. The Queensland Sugar Ltd (QSL) describes itself as “a not-for-profit, service organisation owned by Queensland cane growers and sugar millers, which is dedicated to serving their interests for the long-term prosperity of the Queensland sugar industry”. A strictly commercial operation, with no donors and no charity programs is recognised as a charity by the ACNC, in fact recognised as the fifth biggest charity in Australia!

Yes, hard to believe. Even harder is to understand Queensland Sugar’s deformed logic in justifying why it self-nominated to be on the charity register. In its Activity Information Statement to the charity regulator, QSL said, in response to the regulator’s question: “what charitable work did you do in 2018”? QSL replied (paraphrased), “Continued to promote the development of the Australian sugar industry through providing services to all of Queensland’s growers and Millers (sic). So there you have it! Every time you sit down for a cuppa and put sugar in your tea or coffee, QSL is right behind you nodding approvingly that it has just performed another charitable act. With millions of cups of tea and coffee consumed daily in Australia maybe it’s right that QSL is Australia’s fifth largest charity.

We have gone too far. After we abolish the world’s worst charity regulator, the Australian Charities & Not-for-profit Commission, we should stop all tax advantages for charities and philanthropic trusts, pending a complete review of the flawed Commonwealth Charities Act 2013. This review should cut away most existing charitable purposes and return the definition of charity back to its Samaritan roots.

William De Maria’s latest book, Trouble in the Land of Giving. Australian Charities, Fraud, and the State, was published by Palaver in January 2020.

William De Maria’s next book, Australia’s War of Shame. Afghanistan 2001-2013, is due out in 2021, the 20th anniversary of the occupation of Afghanistan year.