Pro-independence parties heading for a landslide in Scottish elections 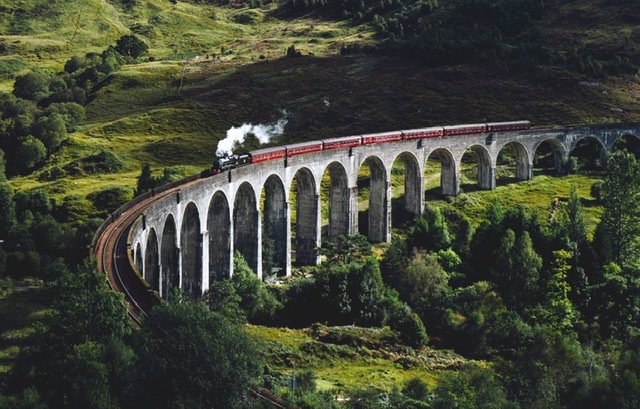 While the world’s nations have been struggling to extricate themselves from the pandemic, the Scots have also strengthened their desire to extricate themselves from an increasingly undemocratic Union. After a year of polling showing more than fifty per cent of Scottish voters in favour of self-determination, not even a nasty, public spat between the current SNP leader, First Minister Nicola Sturgeon, and her predecessor, Alex Salmond, has not forestalled the pro-independence juggernaut.

As the Scottish Parliamentary elections approach on 6 May the British Government is looking to fight back in showing its contempt for both devolution and democracy.

Election polls are consistently predicting that nearly all the constituency seats will be taken by the SNP but other pro-independence parties such as the Scottish Greens and the new Alex Salmond-led Alba Party (Gaelic for Scotland and pronounced Ul-a-pah) will take more list seats, where you vote for a party but not a specific person, thanks to a version of the d’Hondt proportional representation system insisted on by Westminster to try to make sure the SNP never won a majority. It failed in the past and could well fail again this time around. Once the pandemic is contained (and there are glimmerings of that already happening), the SNP Government will propose another independence referendum. The question is whether Boris Johnson will play ball.

When asked if he would grant another referendum, the British PM has traditionally drawn attention to the SNP saying publicly (and rather stupidly) in their 2014 referendum manifesto, Scotland’s Future, that it was a “once in a generation opportunity to chart a better way”, and so, for Boris Johnson, that means waiting many decades yet – or never allowing it. Pundits on his side point out that this argument is not gaining favour and is regarded as profoundly undemocratic, especially as England dragged Scotland out of the EU against the will of the Scottish electorate at great cost to the economy.

Despite setting up various think tanks to save the Union and planting two hubs with thousands of civil servants in Edinburgh and Glasgow, the ratings regarding who has managed the pandemic best show 74% for Nicola Sturgeon and 19% for Boris Johnson. It is hardly any wonder that Boris Johnson has been the invisible man on the campaign trail.

The Conservatives in the meantime are unpicking the devolution settlement. They introduced the Internal Market Act which has stolen former EU money for devolved areas and given it to the British Treasury to spend as it likes on Scottish projects adorned in Union Jacks without any reference to the Scottish Government; recently, the Scottish Parliament passed into Scots domestic law the UN Convention on the Rights of the Child and also a European Charter of Local Self-Government but Johnson’s crew has gone to the Supreme Court to overturn this decision made not just by the SNP Government but most of the other parties in the Scottish Parliament. One constitutional expert said that it was to keep the Scottish Parliament in its place and to make sure that the UK can make laws for Scotland in these areas in contrast to what the Scotland Act states in terms of Westminster not legislating on devolved matters without consent.

In other words, it doesn’t matter that the Scots did not vote for the Government in London (again!), that they find the PM so abhorrent that he will only come to Scotland in secret to bumble in front of a compliant Scottish media and the usual Tory lairds and camp followers though not at this election so that the Scottish Tories do not lose too many seats; in the style of Putin, Johnson ‘disappeared’ a blog which argued that an independent Scotland could be successful economically. It was penned by researchers at the Bingham Centre for the Rule of Law and who also advise the UK Department of International Trade. Apart from being published in The National, the only newspaper that supports self-determination, the blog has not seen the light of day since thanks to a diktat by Westminster.

That the Union is nearing its end was recently flagged by Ciaran Martin, a former civil servant responsible for the Edinburgh Agreement between PM David Cameron and the then First Minister, Alex Salmond, ushering in the first independence referendum of 2014. Martin is now a Professor of Practice at the University of Oxford’s Blavanik School of Government. He said that the UK Government had a choice – either to maintain the Union by force of law or to win consent for it in people’s hearts and minds.

If it is the first course, then Martin says that “a century of union by consent would effectively come to an end: the Union would become an entity sustained by law alone”. A retiring MSP and Professor of Law, Adam Tomkins, has gone even further, stating that Scotland should be compelled to remain in the Union by force of law, not consent. He takes as his example Spain and Catalonia where the Spanish police battered the hell out of Catalan activists for holding a peaceful referendum. We get the idea.

During the election campaign, such as it is under lockdown, the Scottish Conservative leader, Douglas Ross, indicated, aping his boss, that there would be no referendum even if the Scots voted overwhelmingly for pro-referendum parties and elected an SNP Government which would then enter its fifteenth year of power. We have now reached the tipping point, the entry of what Orwell called “the English ideology” by which he meant, according to the academic, Gerry Hassan, the “fetishisation of an absolutist, indivisible interpretation of sovereignty” that does not understand the nature of the UK and the four constituent parts of the UK – and no longer cares.

Professor Martin posited four conclusions – “to maintain the Union by force of law but is it wise to do so?”; “there is no viable alternative model for the UK which means that the choice facing Scotland is between the status quo (or a variant of it) and independence”; “the 2014 referendum template is broadly replicable for a further referendum”; and lastly, the new referendum choice should not be as complicated as the last one since it is “a huge but actually reasonably straightforward political choice”.
Given the toxicity emanating from Westminster these days towards Scotland, the choice in this election is between the Union as a colonial prison or to take the well-worn path of previous remnants of crumbling states like the Soviet Union and Yugoslavia and opt for self-determination.