Promise to restore integrity, Mr Albanese, and you might be surprised

Anthony Albanese, you possibly have the worst job in Australian politics. Up against a federal government rich in marketing skills and basking in its entitlement and a public that is buying it. Please give us more of your passion and tell us your plan.

Or at least the public is staying “quiet” on the pressing issues, following the PM’s wiliest of suggestions, even as the world moves on.

This makes you even more determined that this nation needs a federal Labor government. That’s what you told Laura Tingle in your 7.30 interview. That was the moment your passion broke through. We who want to believe in liberation from this shabbiest of governments believed you. But without clarifying in the simplest of terms why we cannot afford Coalition-style “politics as usual”, your words may disappear in the wind. Or be used against you.

We’re at a crossroads. Climate denial should be catalyst enough to speak out for a viable future. But what about all the other denials in which this Government specialises? Of basic fairness, equity, gender and especially race injustices; denying transparency, accountability and common decency? You protest, but that protest needs to drive the promise of Integrity Politics, articulated, targeted and empowering. For all our sakes.

You know better than we do how deceived Australians are. We’re asked to look past massive and massively partisan rorts, privatisation scams, multibillion defence “deals”, mates getting obscenely rich through “ outsourcing” – all while millions of citizens suffer disastrous housing, job and even food insecurity, and First Nations people die on average a decade before those who are non-Indigenous.

The time has passed for promises. Plans are needed. Especially in the areas where high-wage jobs are threatened. (Apparently employment in the arts, academia or many essential social services needs no support or even recognition.)

One of the best cut-through moments of the last election campaign came when then-deputy Tanya Plibersek pointed out how many jobs could created in Far North Queensland and other areas of astonishing beauty and cultural relevance if climate change and environmental protection were prioritised across every policy area. The numbers are there. And they need to be part of your Big Story – a story, a “plan”, that can be “sold” via rhetoric that’s quote-worthy and persuasive. Something like this:

“We will restore Integrity Politics in this country that we all love. This is in our national interest, wherever we live, wherever we have come from, however, we may previously have voted. None of us can afford more divisive lies.

People need to know the truth about the crises we face – not just a climate crisis but a crisis of decency, honesty, accountability and trust. Facing that together, we can protect the interests of every Australian. No more lies. No more promises that will never be delivered. No more spin. No more multi-million dollar rorts. No more secret deals for mates. Just lots more costed investment in education and health, in viable agriculture, water, ocean and land protections to bring real jobs.

Our job creation will be done in cooperation with the best and brightest across all sectors – because that’s what’s needed. And knowing how your health and wellbeing depend on it, we will offer immediate national investment in affordable housing, creating even more jobs, plus special care for our very youngest and oldest. We deserve better. We can have better. We will be better.”

The story you and your team tell must move hearts. It must excite a demand for trustworthy and transparent politics. It must talk to and about people not as economic units but as marvellously diverse human beings whose potential will be realised only with fairness in key areas including health, education, tertiary research, community and arts development and safe housing. In education alone, far greater public investment will increase productivity and wellbeing, not least by controlling costs in universities and ending the privatisation that has destroyed TAFE. Education – articulated by Tanya Plibersek – should be your highest priority at every level, not childcare only, as vital as that is.

You are up against an army of PR toadies in Canberra and across the media. The old routines will not cut through. Talking left/right, “working people” vs the rest, placating climate deniers in your own ranks, worrying about the “suburbs” as Chris Bowen has done rather than pointing to urgent national needs shaping life in every town and region: this doesn’t achieve nearly enough.

In writing school, we talk about “owning the narrative”. The most deceptive narrative in Australia is that we have to put up with an over-entitled fifth-rate Federal Government because a far more talented, far better educated, far more diverse opposition cannot “cut through”. Why not?

Yes, the media is central to the problem and the re-circulating of a 2015 story from the Sydney Morning Herald tells a bleak story of the lies circulated by the Murdoch media to displace Michael Towke as the Liberal candidate for the seat of Cook … and put in his place the man who is now Prime Minister.

Whether Morrison “deserved” selection is almost beside the point. Grubby tricks were there from the start. Morrison was happy to rise on the back of what he must have known were gutless fabrications at best, just as he knew Bill Shorten was not threatening “retirement” or “death” taxes in the last election. (Just as Abbott knew carbon pricing was not a “tax”.)

I’ve been exploring moral intelligence for decades, and how it relates to personal integrity and collective wellbeing. Without a willingness to distinguish decency from expediency, we are diminished and endangered. This extends to the public spheres, particularly to politics. Time, then, to call this out? This is your chance, Albo. It is our chance also. 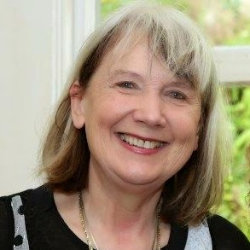 Rev Dr Stephanie Dowrick is a New Zealand-born writer, social activist and interfaith minister. She has written many influential books, was co-founder and first MD of The Women's Press, London; has been a contributor to Australian media in many forms, including as "Inner Life" columnist for Good Weekend; she has led "Interfaith in Sydney", a global spiritually inclusive congregation, since 2006; she teaches widely both on writing and spiritual/ethical living; she is a mother and grandmother.