Provoking China is dangerous for Australia as a US proxy: former Australian official 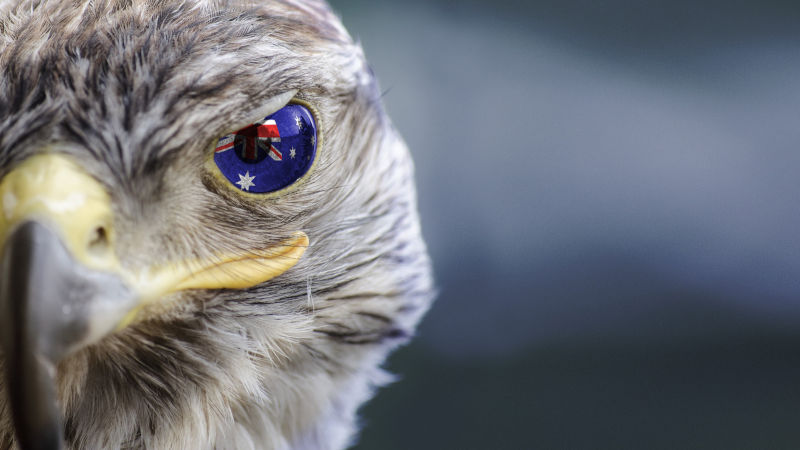 Australia flag on Eagle eye with dispalce and mask

After the Anthony Albanese government took office, there are voices from both China and Australia saying that it is time for China-Australia relations to reset, and there are some signs of thawing. To what extent will Australia continue to follow the US in provoking China?

Does Albanese government have the motivation and ability to change his predecessor Scott Morrison’s path toward China? Global Times (GT) reporter Wang Wenwen talked to John Menadue (Menadue), former Secretary of the Department of Prime Minister and Cabinet under Gough Whitlam and Malcolm Fraser, over these issues. He is the Founder and Editor in Chief of Pearls and Irritations, a public policy journal.

GT: In recent years, the Australian government has followed the US’ steps in frequently hyping up the “China threat.” In one of your articles, you pointed out that “Despite all the Washington propaganda and its client media, China does not threaten us. China does not threaten the US.” What do you think is the purpose of some forces in the US and Australia to hype up the “China threat?”

Menadue: There are probably two main reasons. One of them is politics in Australia promoting fear of the foreigner and outsider when governments are in trouble. It helps to consolidate domestic support for the government. I think that’s a factor mainly with conservative governments in Australia, but all political parties are inclined to do it to some degree. That’s one reason why the threat is exaggerated.

The second is that there’s been a long tradition in Australia of the “yellow peril.” We are a society settled from the UK. To some extent, our heart is the UK. We’re frightened of our own region. That “yellow peril” was expressed historically in the White Australia policy. It’s a policy that has been officially ended. And we have large numbers of Asian migrants and students coming to Australia. But there is still a legacy of historic fear of Asia and the “yellow peril.” We are slowly getting rid of it, but it’s still present.

Historically, we followed the UK as a British colony. We fought wars on behalf of the British. We fought wars in South Africa. We fought in WWI in Europe. There was a terrible loss to Australians who died in effect fighting for Britain. It was part of the historical link that we’ve had with the UK. But that dependence and support for Britain turned to tears in Singapore with the Japanese invasion down through Malaysia and into Singapore.

The British didn’t support us as we thought they would or as they promised to. And so we transferred our affections and support to another imperial power – the US. And in WWII against the Japanese, that made sense. But unfortunately, that dependence that we’ve shown in our history, first to the UK and now to the US, has meant that we’ve forfeited a great deal of our sovereignty to imperial powers. The US Empire has 800 military bases around the world!

And in Australia now, there is enormous American influence through our media, through news, views, entertainment, funding think tanks and visits by Australians to American institutions. So Australia thinks in terms of the US, and it is a big influence. There are a lot of things in the US which we applaud, but there are also a number of issues which cause me concern. The principle one is that America is almost always at war.

In 93 percent of its time since American independence in 1776 America has been at war. America has promoted the overthrow of governments all around the world. And that pattern continues of Americans believing that they are an exceptional country. Fearful of losing their hegemony the US acts against countries, such as China, as they rise and become more influential. We are still coming to terms with our dependence on the US rather than making up our own mind and protecting our own sovereignty.

GT: In recent decades, Australia has followed the US into many wars that have not ended gracefully, such as the Vietnam War and the Iraq War. Australia was also involved in a scandal of merciless killing of civilians in Afghanistan. But Australian politicians oftentimes hinted at a war with China. Why hasn’t Australia learned enough from these lessons?

Menadue: We’re very slow learners on this. We paid a terrible price for supporting the Americans, particularly in Vietnam. Australian governments have done it because of the view that the sacrifice was worth making, because if we were threatened, the US would come to our assistance. We have this belief which I think is mistaken, that the US would come to our assistance if we were threatened.

I think increasingly, Australians are doubting whether America would do that. There’s evidence that it would not. Countries act in their own self-interest, regardless whether they are autocracies or democracies. I don’t think America would act in our interest if we were threatened. The problem that we face is Australians still believe that we must depend on the US for protection. I think that is a mistaken view. 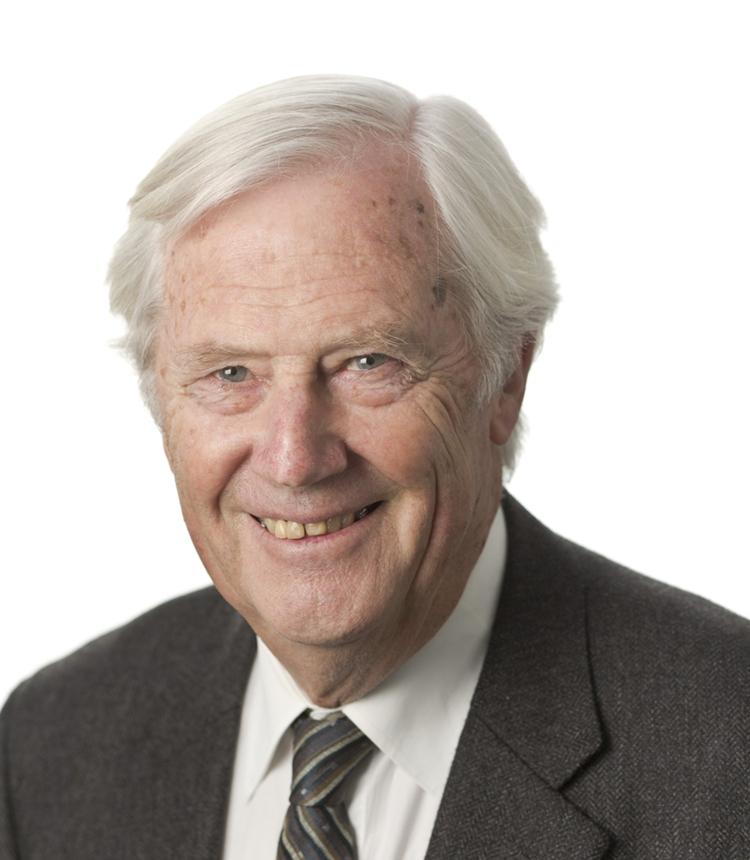 GT: What can Australia do to benefit itself and avoid becoming a tool for the US to sustain its own hegemony?

Menadue: I think the key for Australia is to build relations in our own region. The countries in our region don’t feel as threatened by China as we do. They’re geographically much closer to China. The countries of our region are proving much more adapt in pursuing a more balanced attitude toward China. Vietnam, Indonesia, Malaysia, and Singapore are all much more balanced in the way that they approach their relationships with China and with the US. And we have yet to achieve a sufficient maturity in diplomatic and foreign policies that we can establish a better balance in our relationships with China and the US.

I don’t think many Australians would want to see the US withdraw from the region. But what does worry me and others is that we have this provocative and dangerous US goading of China continually. And the visit of US House Speaker Nancy Pelosi was the most recent example of that goading. That goading goes on time and time again. That provocation of China is very dangerous for Australia if we continue to act as a proxy for the US.

Our history is with Europe but our future will be determined by our geography. We need to reconcile those two elements – our heart takes us to the UK and the US, but our geography means we’ve got to live in our region.

So we have a sort of schizophrenia in our relations with the region. But increasingly Australians will find, particularly now with Asian migration and Asian students, that our geography will become much more important in determining our future.

GT: How do you evaluate the Albanese government’s policy toward China? Do you think Albanese has the motivation and ability to change his predecessor Scott Morrison’s path toward China?

Menadue: There is some improvement, but not as much as I would have hoped. To some extent the government has been afraid of being wedged. Before the election, Albanese was afraid of being criticized as soft or too friendly to China. He didn’t want to be seen to be soft on China. I think that’s been a factor with the present government in the first few months.

I’ve been concerned and somewhat disappointed at the lack of change that has occurred. But there are two encouraging things. First is that we have restored minister-to-minister contact. There have been meetings with our trade minister and with our foreign minister, which we didn’t have before. That is a plus. Foreign Minister Penny Wong has also helped change the tone of the debate with China.

There are some early signs of an improvement, but we have a considerable way to go at the moment. I think one problem also is that China has not been all that good in soft diplomacy and the television responses we see from some of your spokespeople are too harsh. I agree that China is provoked almost every day, whether it’s on Xinjiang or Hong Kong or Pelosi, the South China Sea and so on. I can understand why China feels provoked. There could be some reset on both sides.

I think Prime Minister Albanese is working himself out of the political problem that he had before the election, not appearing soft on China. Fortunately, there is a very strong background in the Labor Party going back to 1972 with former prime minister Gough Whitlam establishing good relations with China. And there has been enormous trade development since then, and also with conservative governments as well, with Malcolm Fraser and John Howard. So there is an encouraging background. If both sides are more patient, we will see an improvement in relations and there are signs of it already. And there is certainly an improvement in the language and the tone of the relationship. So I remain optimistic.

GT: The recent cooperation between China and the Solomon Islands has touched a nerve in Australia. Does Australia have a privileged attitude toward South Pacific countries? What lessons should Australia draw?

Menadue: We have a colonial and fairly paternal attitude to the region in the same way that Britain and the US have a colonial attitude to us. The small countries of the South Pacific are not very rich. We have seen them as part of the “family” which carries a suggestion of a senior and a junior role in our relationships. New Zealand has much better relationships with the Pacific countries than we do.

New Zealand has more people from the South Pacific, from the various islands, Tonga and the Solomons. Penny Wong has made two visits to the South Pacific. She is talking less and less about “family” and treating the countries of the South Pacific with respect and as equals. There’s been an inclination that the Solomon Islands shouldn’t be making its own judgment about relations with China. The Solomons, East Timor and other South Pacific countries are quite entitled to make relationships and deals with any country if it’s in their interests to do so.

We hope that we can continue to have good relations with countries in the Pacific and the Solomon Islands in particular. And we do have quite a lot of migration from those countries. But Australians have a way to go yet in accepting the fact that the countries of the South Pacific can establish relationships with China if they choose to do so in their interests, as well as continuing good relationships with us.

Chief reporter of the Global Times. She is also a commentator on US politics and Asian security.