Public transport system is one of Hong Kong’s wonders 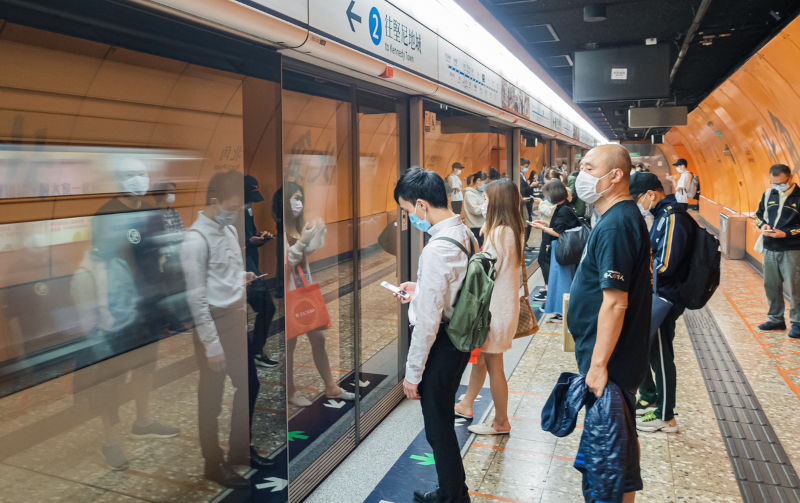 Bloomberg recently reported that Hong Kong has just been ranked as having the best metropolitan public transit system in the world, ahead of Zurich, Stockholm, Singapore and Helsinki. The study on which the report was based surveyed 60 major cities worldwide. It was carried out by the Oliver Wyman Forum and the Institute of Transportation Studies at the University of California, Berkeley.

Reading this report prompted a short personal reflection. As age advances, I, along with many others, experience what I call “RTS” or “Roving Twinge Syndrome”. Recently, a fresh RTS experience signalled the need to visit a physiotherapist in Causeway Bay from home, also on Hong Kong Island. Within a short walk from our flat, I realised, I had access to two, frequent, virtually door-to-door minibuses; at least four similarly handy double-decker buses; plus another swift minibus ride offered an MTR option. All of these were available (another age factor) at HK$2 (26 cents) a ride. And if even more convenience were needed, there was a nearby taxi rank — with fares less than half those typically charged in other major global cities. Extraordinary, when you think about it.

How did all this come to be? In fact, the excellent foundations were laid down, over some decades, during the British Hong Kong era. Although the extensive, revered public transport system in London has been expanded over recent years it very clearly shows its pronounced age, today. Nonetheless, the British transport planners in Hong Kong were able to draw on the immense experience related to the development of that UK system as, step by step, they put together Hong Kong’s exceptional system.

By 1904 Hong Kong had a narrow gauge, electric tramway system on Hong Kong Island. It is still running and delivering a highly patronised, low-cost service today using over 160, tottering, warmly inviting, four-wheeled trams that look like they have stepped straight out of the late 19th century. Also, early on, came franchised buses and regulated taxis. The proliferation of red and then green minibuses followed, providing an amazing range of long and shorter distance crisscross services across the entire territory.

Finally, in 1979, a huge leap forward was delivered when part of the first MTR line began running from Kwun Tong to Shek Kip Mei. By early 1980, this first line ran from Central (through the immersed tube-tunnel) to Kwun Tong. Today, the MTR system, which includes underground and above ground lines and a light-rail network, covers over 240 kilometres with more than 160 stations. The Wyman Forum report noted how convenient, reliable and affordable the MTR service is and how the entire setup today offers a transfer system that is as close to seamless as possible. Moreover, public transit services of all kinds in Hong Kong, and particularly the MTR and major bus lines, maintain very high standards of cleanliness together with superior safety levels, compared to so many other systems.

The report writers might also have observed, had they turned their minds to it, that, as a fortuitous product of the remarkable, specified-leasehold land allocation system introduced by the British from 1842 in Hong Kong, the Hong Kong Special Administrative Region government reaps huge revenue boosts as the MTR system expands. Just look at the Western district today, which the Island Line extension has served since 2014: the many new high-rise apartment blocks whose building has been prompted by that extension have each required payment of lease-conversion premiums, contributing billions of dollars to public revenue. Compare this to the new costly addition to the London tube system, the Crossrail-Elizabeth Line. Almost all the real-estate price-boost benefit there has gone to private landowners.

The extraordinary resilience of the MTR system (and public transport generally) was profoundly tested during the worst of the insurrection, which began in mid-2019 and ran for many months. The destructive attacks on MTR facilities became exceptionally frequent and savage. Yet it was able to maintain services that stayed remarkably close to normal, especially during high demand periods. It is frankly hard to think of any other public transit system, worldwide, that could have absorbed this level of continuous, intense vandalising over such a period and still maintained service provision in this way. It was simply an exceptional performance, and frankly not sufficiently appreciated, that helped Hong Kong hugely during the most disruptive political upheaval seen in well over 50 years.

And what about that HK$2 fare mentioned earlier. This government-subsidised program was introduced in 2012 and it now applies to all those aged 60 and above. As it happens, the government began installing many outdoor lifts at elevated pedestrian crossings from around the same time providing further real assistance to commuters and particularly to the elderly and infirm.

When you marry these excellent benefits with all that coverage, convenience, safety and reliability, it becomes clear that the public transit system in the HKSAR conspicuously supports low-cost, individual freedom of movement and is visibly family and senior friendly.

The Wyman-Berkeley researchers surely have this right: the remarkable public transport system in the HKSAR is one of the city’s wonders, created, over time, by Hong Kong doing what it does best. Folk will, not without reason, continue to complain about grumpy taxi drivers and scold the MTR for its (relatively infrequent) breakdowns. And we should, of course, keep working to improve the Hong Kong transit system. But we can also salute this widely researched confirmation of its outstanding, first-in-class ranking.