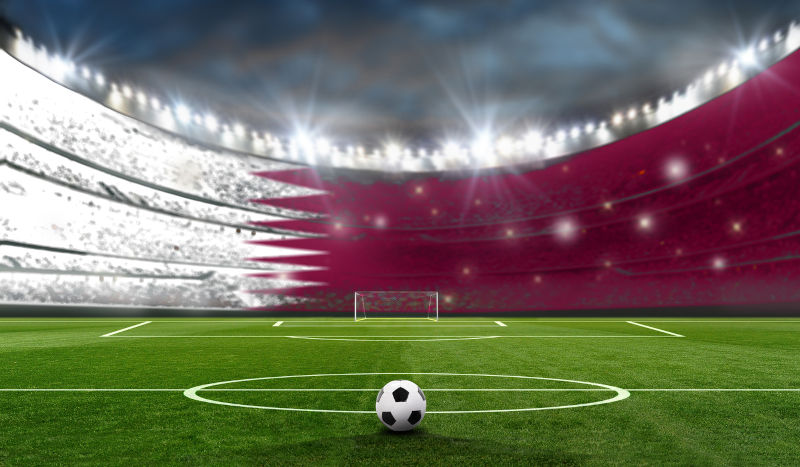 Competitors at the FIFA World Cup will grace stadia built in near-slave labour conditions and enjoy the receptions and hospitality of a state with a brutal penal system.

Sports stars are often adored like dumb show animals, suitably pretty, happily disposed to the cause they are paid for. For the FIFA Men’s World Cup being held in Qatar next month, football can count on the face of former English star David Beckham as its prized animal. This month, the principle-free player signed a 10-year contract worth £150 million to be the state’s culture and tourism ambassador.

For a Gulf state with an appalling human rights record, be it in terms of mistreating migrant workers, discriminating against women and criminalising homosexuality, this was quite a coup. In a promotional advert wearily lasting 30 minutes, Beckham happily does what he is paid to do. “People in Qatar are very proud of their culture,” he states. Tacky observations abound. “The modern and traditional fused to create something really special.” The video also gives him a chance to strut any number of fashion labels.

In Blighty, this did not go down too well, at least in some quarters of chat land. The breakfast talk circuit lit up with claims from Good Morning Britain presenter Robert Rinder that Beckham’s conduct had put “money before morals”. (When was it different?) “There should be basic requirements before you are entitled to [host such tournaments] and that’s not just about LGBTQ. It’s about the 6,500 workers who died, it’s about the fact that Beckham’s daughter Harper would not be able to continue with her education [if she was Qatari] without the permission of a male relative.”

Fine stuff indeed, except that the organisation behind football, FIFA, was never one to quibble about the ethics and governing principles of the host nations. The perennial hope of its officials is that moral ill-temper eventually cools off and loses interest. Once the ball starts to move, the ethicists go on leave. The fans, television networks and dignitaries will turn up, wolf down and guzzle what’s on offer.

Beckham, for his part, is playing the role of a cultural trainee, a vessel keen to be filled with the profound revelations of his hosts. “David believes,” the insufferable Sun reports, “in Qatar’s commitment to progress and that the World Cup – the first to be held in the Arab world – can effect significant positive change.” Not only did he believe “in the power of football to bridge differences but, crucially, has seen the progress on issues that matter.”

The paper also reports that the former player consulted his wife, Victoria, before signing the contract, which is about as banal as you can get. The only thing of interest there is that Victoria was a member of The Spice Girls, who “famously sung about ‘girl power’”.

What, then, has been done in terms of actual protest? At the coal face – or, in this case, the stadium face – are the workers who have every right to demand their wages and to protest maltreatment that has been a habitual feature of the kafala system. It is them who face to lose the most.

Strikes have taken place protesting wage theft or the late payment of wages. More are scheduled to take place. These tend to come in stages, with workers initially refusing to leave their accommodation and go to work, followed by protests on the street, sometimes in front of government buildings or the headquarters of the relevant company.

Human Rights Watch has noted the retaliation of the Qatari authorities to such measures. A number of those participating in a strike that took place on August 14 were detained and returned – voluntarily, of course. They had violated “Qatar’s public security laws”.

Other forms of protest are not quite so convincing. Some seem to resemble a form of crude marketing, a case of booming self-promotion. Instead of glossy, Qatar standard bearer Beckham, Denmark prefers the most modest of objections. Their team uniforms will go monochrome. The manufacturer, Hummel, offers a choice of three. One is black. “The colour of mourning,” we are told by the company. “We support the Danish national team all the way, but that isn’t the same as supporting Qatar as a host nation.”

On its Instagram account, the company expressed its wish to “send a dual message”. The kits were inspired by Euro 92, when Denmark won the European Football Championship, and a desire to “protest against Qatar and its human rights record.” In a scarcely credible assertion, Hummel did not wish “to be visible during a tournament that has cost thousands of people their lives.” Only, they will be, in the form of supplying kit to the Danish national team.

The response from the bombastically named Qatar Supreme Committee for Delivery and Legacy fumed at Hummel’s measures, disputing the assertion that “this tournament has cost thousands of people their lives.” The Committee also rejected “the trivialising (of) our genuine commitment to protect the health and safety of the 30,000 workers who built FIFA World Cup stadiums and other tournament projects.”

Committee members need not worry. Such protests are a far cry from the critical bite shown by Western states towards such countries as China, whose human rights record is targeted with regular interest via a number of fora and bodies. In such quarters, Qatar barely registers a scolding.

Earlier this month, at the 51st session of the United Nations Human Rights Council, a proposed resolution to further investigate human rights violations in Xinjiang Province failed to pass. Delegates favouring the resolution had hoped to crest on the findings of an August 31 report by outgoing human rights chief Michelle Bachelet’s office. The suggestion there was that Beijing had committed possible ‘crimes against humanity’ in the province. Beijing’s reaction was one of fury barely tempered by its eventual victory in securing votes from 19 states. But the implication there was clear: China deserved special attention.

Whatever the grumbling, attendance from country teams is bound to be comprehensive and complete. The sports star is easily wooed if the price is right, a case evidenced by this year’s ongoing LIV Invitational Golf Series, funded by Saudi Arabia’s Public Investment Fund and run by Australia’s own Greg Norman.

Despite the evident “sportswashing” the tournaments entail, with Riyadh keen to avert attention from its own unsavoury legal and foreign policy practices, high profile players continue to be drawn like moths to the flame. Phil Mickelson is said to have received US$200 million for just putting in an appearance. This, from a man who had previously called the Saudis “scary motherfuckers”. In Mickelson’s low horizon golfing mind, the butchering of Saudi dissident Jamal Khashoggi by a Saudi assassination squad ordered by Crown Prince Mohammed bin Salman was “terrible” but easily reconcilable with “the good the game of golf has done throughout history”.

Much the same view is offered by former Socceroo striker Tim Cahill, who also accepted an official ambassador’s role to the Qatar World Cup. Despite accepting some of the criticism directed at Doha, this paled before the “massive influence” he had “working with FIFA and Qatar.” Stadiums were being built; sustainability programs were being put in place. Like a true convert to the Gulf state’s narrative, Cahill suggested, with no evidence at all, influencing the welfare of “30,000 workers – how they live, the certificates, things that they need, their pay.” Such influence has evidently been paltry, given the ongoing protests from those same workers.

Cahill’s own Socceroo colleagues, who will face Denmark in the group-stage, have been even less involved in the debate. Football Australia has tended to the view that political stances should be avoided and the national team has merely made mutterings about some vague stance.

Professional Footballers Australia (PFA), the footballers union, along with Amnesty International, have at least organised briefing sessions attended by the Socceroos, including Mat Ryan and Jackson Irvine, discussing the plight of migrant workers. But despite acknowledging aspects of the problem, the players had no intention not to participate, with Ryan feeling that “speaking up” about such matters would “positively impact the lives of those who are building the stadiums”. To this, the appropriate Latin phrase Nullius in verba springs to mind.

Gone are the days when the sporting boycott, albeit unevenly applied, was used. In its modern iteration, such protest, as sports columnist Cathal Kelly observes, is mightily nuanced and ineffectual. “You don’t like how something is done? Then find a way to turn a sad situation into an opportunity for self-aggrandisement.”

Kelly, after discussing the Danish example, notes the even more feeble response from Dutch manager Frank de Boer. The Dutch team, de Boer promises, will wear “One Love” rainbow armbands during the matches. “This is the biggest statement we can make.” This does little to remove the stigma of complicity and collaboration: after the disagreement, the show continues as hypocrisy reigns in majesty.

Having done their bit to express stroppy disagreement, the Danish team and other competitors will still grace the stadia built in near-slave labour conditions; participate in activities supported by conditions tantamount to much the same; and enjoy the receptions and hospitality of a state with a brutal penal system. The games will still be broadcast, the stream of revenue uninterrupted. As with church attendees happy to part with a coin donation after a service, all can leave happy that a troubled conscience can rest as the world continues along its dark, unchanging way.