For city folk in the south-east, the pandemic has narrowed the focus from Labor’s five years in power to its performance in 2020, even though border controls matter less in the northern seats linked to the mining industries.

Two panellists in a Zoom discussion run by the McKell Institute epitomised the  uncertainty, broadly favouring the likelihood of a Labor return, possibly in a minority government: Rachel Nolan, a former Beattie government minister, and Graham Young, a pollster and former campaign director for the Liberal National Party. Young suggested that the least likely outcome was the LNP winning the eight extra seats needed to form government. COVID, health and border security issues in southern marginals would allow the ALP to survive losing some or all of its northern marginals. In Brisbane, it might win as many LNP seats as it loses to the Greens. Three southern electorates illustrate the forces in play.

Currumbin’s southern edge sits uncomfortably on the interstate border. Here the LNP faces an embarrassment of its own making. Socially conservative forces within the party caused the sitting member, Jan Stuckey, to resign from Parliament some months ago because of her views on abortion (despite the party ostensibly offering MPs a free vote). Stuckey’s preferred successor was rejected by the LNP hierarchy but their more conservative choice barely scraped in at the byelection.

Stuckey’s husband has continued the fight by standing as an Independent, directing his preferences to the ALP. More recently another spouse entered the lists – the wife of Clive Palmer – who will direct her preferences back to the LNP. Add in a Green to stir memories of the nearly forgotten environmental issues which excited young voters pre-COVID and it is a heady brew.

It is a very different story in South Brisbane where there is a clearer contest. The local member, former Treasurer and Left-faction leader, Jackie Trad, has been referred to the Crime and Misconduct Commission twice, and forced out of Cabinet. Trad was cleared on both occasions, albeit in mealy mouthed language about the need for stronger rules.

South Brisbane had already revealed a penchant for greenish policies in several earlier contests. Trad had to depend on LNP preferences to fight off the Greens at the last state election. South Brisbane also returned a hyper-radical Green to the City Council, an irrepressible attention-seeker who has been kept entirely under wraps by his own party this time around.

The LNP saw an opportunity to direct preferences away from Trad and unexpectedly this became policy across the state despite the angst it must have caused for rusted-on Green-haters. Trad’s leftist and allegedly authoritarian tendencies made her literally the poster-girl of anti-ALP electoral publications across the state, especially in the north. Recent polling suggests Trad will lose if the LNP voters obey preference instructions.

The ALP is in a happier place on the Sunshine Coast. The seat of Pumicestone links Bribie Island’s retirement community to the edge of Caloundra’s more working-class constituents. At the last federal election, the LNP Coalition spooked modest-income pensioners here (and elsewhere) with a well-orchestrated misinformation campaign that equated Labor’s dividend imputation proposals with a wide-ranging retirement tax.

The LNP member who held the very marginal seat of Pumicestone at the previous state election decided not to recontest after one term. The ALP drafted in a quality candidate who had narrowly lost to the Greens when the two parties fought to eject an experienced ex-LNP Minister in the inner-Brisbane electorate of Maiwar.

Polling in Pumicestone (and elsewhere across the state) points to the swing of older voters away from the LNP. No longer threatened by a retirement tax, they appear grateful for the uncompromising position of the Premier on the border. It seems likely that parochial issues of bridges, health infrastructure and welfare services will be neutered by relatively similar promises from the major parties, leaving the Premier as a bastion against border-crossing.

ALP candidates across the board portray their role primarily in supporting the Premier on her strong border stance. This strategy has proved hard for LNP leader Deb Frecklington to resist, given her rural roots and inexperience. Her attempt to project a hard edge often comes across as whingeing. She has been weakened by continuing internal divisions. Early on, a public leak from party sources indicated that she had been referred by the LNP hierarchy to the Electoral Commission of Queensland for receiving illegal campaign donations from property developers. A week out from election day, the Murdoch press was reporting that the knives were still out.

Both parties had a predictable array of pork-barrelling and economic offerings to stimulate employment. But economists of all persuasions noted that the ALP has been unabashed about digging itself further into debt. By contrast, the LNP’s claim to superior economic management was weakened by a pledge to bring the budget back into surplus within four years. The spectre emerged of ‘doing a Campbell Newman’ and cutting government services.

Palaszczuk has the perennial problem of extended ALP incumbency. Unfulfilled promises provide ammunition for critics. But in her favour are her decisive actions over COVID, taken on the advice of her Health Minister (now Deputy Leader) and one of the most experienced and credible Chief Health Officers in the country. Electors would recall seeing this trio back in February inspecting facilities like the Ekka showground and the Brisbane Convention Centre as locations for emergency hospitals, with echoes of Brisbane during the 1919-20 Flu Epidemic.

On border closure, the Queensland Government was not only under pressure from the business community, but was criticised unceasingly by the Morrison government through the megaphone of the press conferences following National Cabinet meetings and by selective bullying afterwards.

However, Morrison’s performance on the campaign trail, seen careering around in a tank, egged on by his entirely masculine entourage, with Frecklington invisible, did not help her campaign.

Federal attacks on Palaszczuk looked increasingly misplaced as COVID progressed and Queensland stayed healthy. Frecklington looked weak as she sided with Morrison and business interests, then reversed her position, while trying unsuccessfully to rewrite her own history. [The ALP identifed numerous times when, in televised interviews across many months, Frecklington had called for the border to be opened.]

This “Trumpish” behaviour was too much even for the compliant Murdoch press and in particular for Peter Gleeson, who was headlining Sky News/Courier-Mail constituency events. In a parochial simile lost on supporters of football codes other than Rugby League, he argued that Palaszczuk was giving the LNP a master class:

If the Queensland election was a game of rugby league, Labor would be the Melbourne Storm – disciplined, no-frills, sticks to the game plan and led by the best coach in the business. The LNP on the other hand would be the Brisbane Broncos.

The LNP has plenty of potential and flashes of brilliance overshadowed by friction between the playing roster and the coaching staff. Once again the LNP has been put to the sword by a major political party that knows it doesn’t matter how badly it screws up in office – it’s the campaign that counts.

Several commentators disagreed with Gleeson’s certainty that the LNP would join the Broncos as “wooden-spooners”. Paul Williams in The Conversation agreed that pandemic conditions favour incumbents. He suggested that the election was Labor’s to lose but noted the disjunction that remained between the regions and the Brisbane conurbation.

ABC’s Peter McCutcheon suggested the result could come down to the three Townsville seats. He noted that an LNP victory appeared the least likely result. However, a surge in support for the conservative collectivity (provocatively termed by Deputy Premier Steven Miles as “all the freaks and weirdos”) might allow Frecklington to form an unstable minority government.

More recent polling suggests that only the Katter Party is making any ground on the two major parties and its leader has shown a sophisticated grasp of tactics that is neither weird nor freakish.  Early in the campaign, the Premier surprised commentators by shifting her position on voluntary euthanasia. This potentially contentious issue had apparently been parked safely in the Queensland Law Reform Commission until 2021, but the Premier brought it to life again with a campaign statement saying she would support the proposals while offering a conscience vote to ALP members. Opinion polls suggested the issue had widespread support but also a firm evangelical minority in opposition.

Frecklington offered only equivocation on this issue, which is likely to divide the LNP, but Katter came out with all guns blazing. He pointed to his party’s conservative voting record on social issues such as abortion and his personal opposition to voluntary euthanasia. This allowed the Courier-Mail to headline that this was “the issue that could stop Labor forming minority government”.

Denis Atkins, now writing in the newly arrived independent electronic newspaper In Queensland, noted two weeks ago that this election had already taken on “an odd sense of inevitability” about an ALP victory. He found this puzzling, believing that each side had a chance to win a clear margin, albeit from gains in different parts of the state. 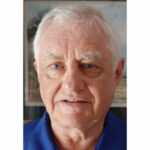