A meeting of the ABC board in Sydney on Thursday is expected to plan a roadshow campaign to take its case for triennial funding to the public.

While avoiding inflammatory dispute with the Turnbull Government over its recently announced  budget cuts of $83.7million to operational funding through an indexation freeze, and uncertainty over $43million in tied funding, the board is preparing to step up its advocacy.

The campaign will be based on ABC chief financial officer Louise Higgins’ recent calculation that the current per capita cost of all ABC services is  just 4 cents a day,  and on what ABC chairman Justin Milne called  “ABC 2.0” – the need for investment in original Australian content and rapidly changing multi-platform technology to ensure the ABC could hold and build its audience against global video streaming and ubiquitous smart phone internet disruption. “There are now more mobile phones in the world than there are toilets”, Mr Milne told an ABC public meeting in February.

Unlike the 1980s “8 cents a day” campaign undertaken on the ABC’s radio and television airwaves, any 2018 official ABC campaign is expected to be be restricted to speeches and presentations by ABC MD Michelle Guthrie, senior executives and Mr Milne, the chairman.

The 8 cents a day campaign was provoked by the then Hawke Government’s plan to break up the ABC into core and non-core functions. That plan was abandoned after considerable controversy.

ABC sources told The New Daily  that with triennial funding now in play the board had been forced into a corner by the budget cuts.  It also had a responsibility to put its case publicly and to demonstrate its statutory independence. This strategy was forming after recent controversies may have caused a public perception to develop that the ABC was being turned into the “government station”  with public trust in the institution likely to erode. “The board is extremely sensitive on this issue of trust.  For years the ABC, with the Reserve Bank and the High Court,  has been among the most trusted institutions in Australia,” one source said.

Last Thursday, Opposition leader Bill Shorten elevated the future of the ABC to a major election issue when he referred twice to the funding plight of the broadcaster during his nationally televised budget reply speech.

And in a pointed reference to the pre-election political context, Ms Guthrie last week told ABC staff: “We will continue to pursue our agenda with the government, and make clear to them that a strong ABC is a well-funded ABC, that delivers content and services for all Australians in every electorate.  In the coming year, Australians will head to the polls for the next election.  More than 80% of Australians value the ABC, a point that shouldn’t be lost on anyone seeking government”.

Ms Guthrie’s reference to “electorates” is believed to cover the possible loss of ABC regional services in Geelong, Ipswich, Parramatta and other centres  if the disputed $43million in tied funding is discontinued next year.  A guesstimated 60 ABC jobs could also be at stake. Thursday’s board meeting will consider options for yet more cuts to services and staff to accommodate the loss of $83.7million over three years.

Communications Minister Senator Mitch Fifield has denied that the latest ABC funding cuts were punitive or that new efficiency reviews of both the ABC and SBS  or the recently ordered “competitive neutrality” inquiry into ABC news online and SBS commerciality were indications of Turnbull government hostility to the public broadcasting sector.

On Sunday night he told ABC TV’s Patricia Karvelas: “The ABC has more than a billion dollars a year in funding. What that means is that the ABC has more funding certainty than any other media organisation in the nation”.

Thursday’s ABC board meeting will be the first for newly appointed directors Jane Connors and Joseph Gersh.  Hand picked by the government from an independent selection panel short-list,  Mr Gersh, an investment adviser and  former senior partner of tax law firm Arnold Bloch Leibler,  is  a director of the Sydney Institute.

The two new directors will be able to observe first hand another chapter in the ABC’s often contentious relationship with the hand that feeds it.

Quentin Dempster, a former ABC journalist, is contributing editor of The New Daily, where this article first appeared 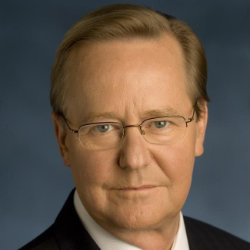 Quentin Dempster, former chairman of the Walkley Foundation, is a contributing editor at The New Daily.