ALP members and supporters in Victoria have cause for alarm about the party’s wellbeing and perhaps long-term survival. While federal leader Bill Shorten has committed to far-reaching party reforms, and other states such as Queensland are already adopting them, the Victorian ALP is lurching back into a troubled past, which threatens its effectiveness and future.

Faced with a comparable crisis in the party’s internal affairs in the mid-1960s, a party body – the ”Scoresby State Electorate Council committee of inquiry into representation and decision making in the ALP” – wrote to local branches, expressing its concern about the dire straits into which the party had fallen.

Issues raised in the ”Scoresby letter” included the ALP’s chronic under-representation in the state and federal parliaments; the dominance of its affairs by an external body, the so-called Trade Unionists Defence Committee; the withdrawal of recently secured rank-and-file representation on the party’s state executive; and a historic low of party membership and involvement. The letter sought membership, governance and finance information, on which a case for change might be developed.

Alerted to the Scoresby initiative, the state ALP president, Bill Brown, and the state secretary, Bill Hartley, instructed branch secretaries that the letter should be returned unopened to the state office. Some may have complied with their directive. Many did not.

Sharing the Scoresby concerns, and frustrated by so arbitrary an assault on the right of members to communicate freely with one another, John Cain and others formed the ”Participants” group, to champion party renewal and reform.

Backed by Gough Whitlam, the Participants paved the way for the 1970 reconstruction and democratisation of the party, and thereby the election of the Whitlam, Hawke and Keating governments.

Fifty years on from the Scoresby letter, new challenges for the Victorian party stem from endemic misconduct by its Right and Left factions, both separately and in collusion with one another. Their monopolisation of the party’s governance and decision-making bodies locks out the majority of members who neither belong to nor support a faction.

The facts speak for themselves. General meetings are used by the factions to lock in their members to decisions arrived at by inner circles behind closed doors. Union delegates to the party’s state conference mostly aren’t elected, but appointed by factionally aligned union officials or management committees, subject to their acceptance of factional direction.

Abuses are exemplified by Victoria’s recent round of preselections for state seats, where a ”stability pact” between the factions enabled them to divide up the winnable seats to their mutual advantage, irrespective of the party’s best interests or the wishes of its local members.

The ALP’s powerful Victorian Administrative Committee – an all but wholly factionally dominated body – pledged initially that, consistent with the party rules, the preselection of upper house candidates would include plebiscites of local members. Subsequently, the plebiscites were cancelled and the allocation of the upper house seats referred to the factionally more amenable ALP national executive on the pretext of ”administrative necessity”.

The executive’s acceptance of the referral was moved by the Left faction’s Kim Carr and seconded by the Right’s Don Farrell, with all but three of the members present voting for the motion despite others being known to have disagreed with it.

The refusal by the party’s national returning officer to announce the outcome of the subsequent ballot for the seats on the grounds of its non-compliance with the ALP’s affirmative action rule was overturned by the executive, and the candidates as specified in the ”stability pact” were declared to have been preselected.

Thus the local members were effectively disenfranchised and denied the say in the process to which the party rules entitle them.

State lower house seats were divided between the factions before the legitimate preselection process, with the Macedon electorate being only the most blatant of instances of disregard for local sentiment or the intentions of the party rules. Despite a highly qualified Macedon resident having received more than 80 per cent of the votes in the local ballot, an external candidate with 19 per cent of the local vote was preselected.

In other electorates, well-qualified preselection candidates reportedly were bullied by factional operatives into withdrawing their nominations, or did so on the promise of factional support at a later date.

So extensive an exercise of irresponsible power for sectional advantage results from a wider subverting of the ALP’s democratic norms and procedures, and in particular of rules requiring all internal elections and preselections to be by secret ballot. State conferences and public office selection committee meetings don’t provide booths to properly protect voter privacy. Delegates are routinely required to disclose their completed ballot papers to factional operatives or surrender them for completion by others on their behalf.

Hand in hand with the rorting of the requirement for secret ballots has gone an all but complete breakdown in accountability by the party’s ruling bodies. Administrative committee agendas are not made available in advance to the branches and members who may wish to have input into them. The committee’s minutes are not released or its decisions otherwise reported. Elected administrative committee members are frequently represented by unaccountable proxies. Their identities, frequency of attendance and relevant qualifications and experience are not disclosed.

Key recommendations for party reform from reviews such as by Mark Dreyfus (1998), Bob Hawke/Neville Wran (2002), John Faulkner/Steve Bracks/Bob Carr (2010) and Alan Griffin (2011) are pigeonholed or swept under carpets in state and national party offices, without explanation or apology.

The ALP deserves better. Factions properly should be ”on tap but not on top”. At Victorian state conference delegate elections to be held shortly, their stranglehold on the party will be challenged. Candidates are being recruited who pledge to back reform and reject factional direction. ALP members should vote for them – a first step towards re-democratisation and the restoration of member rights.

This article was published in The Age on March 3, 2014

Race Mathews is a life member of the ALP and a former federal MP, Victorian minister, and chief of staff to Gough Whitlam and Labor leaders in the Victorian Parliament. 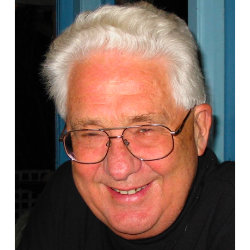 Race Mathews is an ALP life member and a former chief of staff to Gough Whitlam, Federal MP and Victorian State MP and Minister.