Who will save Blinky?

It has been 20 years since the last comprehensive reform of our national environment law, why the sudden need to preempt independent review findings with fast-track amendments?  Blinky Bill and a lot more is at stake

There was a fervent hope at the start of 2020 that out of the catastrophic bushfire season, there would rise a phoenix of action on climate change. It was hoped the horrific impacts to communities, homes, wildlife, world heritage, air quality, and our physical and mental health would finally galvanise policies for protection and resilience.

A process for national environmental law reform was already in train, with the decadal independent statutory review of the Environment Protection & Biodiversity Conservation Act (EPBC Act) underway, seeking feedback on interim directions, and due to report in October this year. Public consultation on the review was extended to accommodate those trying to provide feedback on the need for stronger laws with one hand, whilst nursing a burnt koala with the other.

And then came the pandemic, and the trajectory of reform has taken a turn.

Interim Report of the Independent Review

Prof Graeme Samuel released the hotly anticipated Interim Report for the EPBC Act review this week. At the outset, he recognizes our unique environment is in unsustainable decline, the inefficient and ineffective law does not safeguard our natural capital, and that the 20 year old EPBC Act is not fit for purpose. He does not mince words about the failings of the Act, and sets out a vision for three phases of reform culminating in a re-write of the legislation.

The key foundation of the Interim Report vision is the development of National Environmental Standards. These standards are to do many things including to: identify clear environmental outcomes to be achieved, provide clarity and certainty to industry and community, lift the bar for Indigenous engagement, underpin national and regional plans, and importantly, to facilitate accreditation of state, territory and other regulators that can demonstrate that they meet the standards.

There are recommendations to greatly improve data quality, coordination and publication; to focus investment on restoration; and importantly to significantly reform Aboriginal cultural heritage law and engagement and to better value Traditional knowledge.

The findings and preliminary directions proposed are far-reaching and encouraging, but the vision presented is at risk of being almost immediately derailed by the political context.

In stark contrast to the 71 recommendations made by Dr Allan Hawke during the first statutory review of the Act that have languished on a departmental shelf for a decade, the Government has already announced its intention to pass legislative amendments in August to purportedly implement ‘phase 1’ of the Samuel reforms.

The key foundation of the Government response is to use the Interim Report and the guise of COVID recovery to resuscitate a long-held agenda to devolve environmental responsibility to the states. Before the review has even run its course, it is intended that the current Act will be amended to delegate environmental assessment and approval powers to the states and territories. How can this be done? The existing (inadequate) Act allows for delegation and accreditation, and ‘interim standards’ will be used to determine whether state and territory laws are adequate. (Spoiler alert: they are not).

The Government commentary on the review to date has focused on streamlining, efficiency, cutting purported ‘green tape’, and has suggested that the sole metric for assessing the effectiveness of a complex regulatory regime is how quickly major project development approvals can be signed off. Calls for efficiency measures – such as single approvals (formerly called a ‘one stop shop’ now called ‘single touch approvals’) – are not new. This deregulation agenda pre-dates both the horrific bushfire season and the COVID 19 pandemic.

The Government was unable to push the ‘one stop shop’ agenda through the Parliament in 2014, and the significant reasons why still persist. The national government still has responsibility under international environmental agreements. State laws still do not meet national standards, and currently cannot even protect species as iconic as koalas – as confirmed by a recent NSW parliamentary inquiry. And due to our federal structure, the ‘one stop shop’ for environmental approvals will still actually involve a patchwork of eight different jurisdictional ‘shops.’

Furthermore, anyone who has worked on the development of standards, policies or legislative amendments will raise eyebrows at the proposed timetable for this first enthusiastic flush of delegation. It is proposed that there will be interim standards and a Bill in August, a full suite of national standards will be developed in 2 and half months by October, and state laws will be sufficiently amended so that bilateral agreements can be signed off to deliver the project approvals and job creation needed immediately for economic recovery.

The Government has been equally swift in responding to other reform recommendations. Despite the recent scathing report by the National Audit Office that confirmed utter failure of the federal department to administer the EPBC Act, the Government immediately ruled out supporting Graeme Samuel’s recommendation for an independent enforcement and compliance regulator.

The result of these two initial responses is that there will be delegation of powers based on vague ‘interim standards’ with no independent oversight. The fast-tracking cart is before the standards horse.

There will be no point in undertaking the desperately needed legislative overhaul next year (in ‘phase 3’), if interim amendments made this year under the guise of COVID recovery, have locked in environmental decline. Vague interim standards – for example, requiring no ‘unacceptable impacts’ on matters of national environmental significance – will be locked in under bilateral agreements before the detailed standards and safeguards are actually developed.

There is a real risk that reform momentum and political capital will be exhausted in the short term by rushing amendments to devolve approval powers, leaving little or no appetite for the comprehensive legislative reform that is sorely needed to address climate change, halt the biodiversity extinction crisis, and build resilience. If koalas really do go extinct in NSW by 2050, who will be to blame? 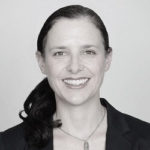