Raise Warragamba dam, raise the risk to the environment 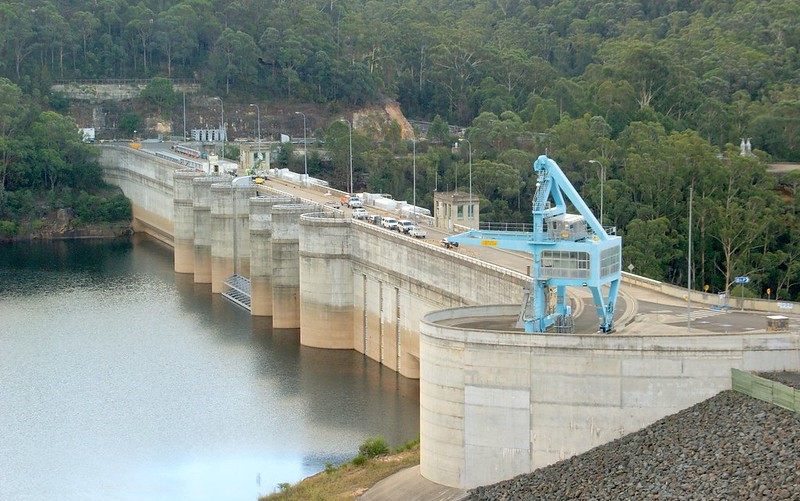 The environmental impact statement on the proposed raising of Warragamba Dam has landed. Its focus is on a particular matter, the environmental costs likely to flow from a major infrastructural project touted by the NSW government as the best available means to mitigate a serious flood problem downstream. But it raises two questions much broader than the specifics of the case it deals with.

First, will we ever stop damaging significant environmental assets (in this case flora and fauna in a World Heritage area) to protect or promote human ones? And second, will we ever stop building suburbs in areas designed by nature to be flooded — and with huge public and private economic costs and risks to life?

Australia’s record on these matters is poor. We have been chipping away, relentlessly, at our natural vegetation resources and biodiversity for two centuries. The licence given to farmers to remove trees (as has happened especially along the edges of the Great Dividing Range in NSW and in the acacia-wooded brigalow scrub in Queensland) always seems to trump conservation and habitat concerns. It promotes soil erosion too. Much old-growth forest has been lost to logging. Likewise the expansion of towns and cities has tended to override the protection of important remnant vegetation and the native fauna that depend on it.

All this has endangered many vegetation and animal species, and extinctions have resulted. Numerous insect and mammalian — and some reptilian — extinctions are known to have occurred, and recently the potential for the koala to move from vulnerable to endangered has been raised. In the state’s high country, feral horses are explicitly protected in legislation despite the environmental damage they do in placing native species of animals at risk of extinction. Favouring introduced species over native ones in law is unprecedented. It represents a low in our environmental management.

Our regulations restricting tree removal are routinely attacked by vested interests and seem frequently to be circumvented or diluted. In the case of the threatened Wollemi Pine, we have probably have been lucky, in that its habitat has not been needed for agricultural or urban purposes. Its environment, fortuitously, is barely required by our economy.

And take the matter of urban development on floodplains. Until the 1950s this proceeded largely untrammelled, and since then we have struggled to limit housing in areas known to be liable to flooding. Largely this is because developmental interests have prevailed in restricting and weakening land use regulation, which in any case is often based on quite meaningless statistical measurements which fail to define risk effectively. Especially in Sydney and Brisbane, but elsewhere too, the numbers of houses located in areas which are guaranteed to be flooded has continued to grow.

In Brisbane the deficiencies of floodplain management practice were demonstrated spectacularly in 2011, when a flood smaller than the flood of 1974 inundated more dwellings than the earlier event had done. The building of Wivenhoe Dam in the late 1970s and early 1980s had encouraged development on the floodplain downstream. A water-storage and flood-mitigation dam, releases from which were probably not managed optimally in 2011 but which nevertheless reduced the levels of the flood peak downstream, led to more people and housing being placed at risk.

Now take the case of development in the valley of the Hawkesbury-Nepean River in Sydney’s west. New housing is forecast to double the valley’s population over the next 30 years, and raising the dam cannot solve the whole flood problem because several tributaries enter the river below it. The project would make flooding less frequent and somewhat less severe, but it cannot come close to eliminating the flood problem. Meanwhile, a large area of valuable edge-of-metropolis forest above the higher dam would periodically be damaged, even ruined, by inundation which would be likely to occur quite frequently, perhaps as often as once every 10 years on average.

The government barely addresses the alternative proposals that have been advanced. These include lowering the dam’s full supply level to create flood storage (and using desalination if water shortages arise), buying back the most flood-liable properties and building evacuation routes to allow residents to escape more easily from occasional, inevitable big floods that will happen whether the dam is raised or not.

Worse yet, Minister for Emergency Services David Elliott has suggested that raising the dam would probably allow even more low-lying land to be released for housing development. Thus Sydney would be further primed to emulate the flood experience of Brisbane. Inevitably the ”levee paradox”, the oft-demonstrated undermining of mitigation benefits by development intensification justified by the provision of that very mitigation, would be demonstrated yet again. And that is without any consideration of climate change likely exacerbating the problem of flooding.

The government seems determined to pursue a project which would simultaneously mitigate and exacerbate the flood problem, and it would place significant vegetation and habitat at risk to achieve that dubiously mixed outcome. This is not only environmentally and developmentally unwise, it would have to be underpinned by considerable spending: to raise the dam as proposed would cost more than $1 billion. We would spend heavily to paper over past developmental mistakes while destroying important environmental assets and creating further flood-liable suburbs to undermine the partial protection a raised dam would create.

The sad answer to the two questions posed at the beginning of this piece is ”no”. Bit by bit, and with no concept of cumulative impact, we alienate our environment and endanger the interests of our people. Government not only allows these things, it actively foments them. There is little sanity here, or evidence of learning from our tortured developmental history or understanding the need to promote sustainability. We are not slow learners — we don’t learn at all.

And now the premier of NSW and the Chamber of Commerce and Industry, responding to the developmental delays and workforce gaps created by COVID-19, argue for sharp and substantial increases in the state’s population. Clearly these will intensify the very concerns raised here, but there are no signs that the consequences of the intensification (or the inadequacies of our environmental and developmental management in coping with it) are comprehended.

Our generation will clearly not be the one that ends the madness. Like all previous generations it “kicks the can down the road” to its successors. But the madness cannot continue indefinitely: it must be ended at some stage. Just not yet.