Being The Australian means never having to say sorry

For a paper that is quick to moralise about the failings of competitors, critics and ideological opponents, The Australian  seems remarkably reluctant to admit to any errors, shortcomings or moral failings of its own.

On 7 February, this was its front page story: 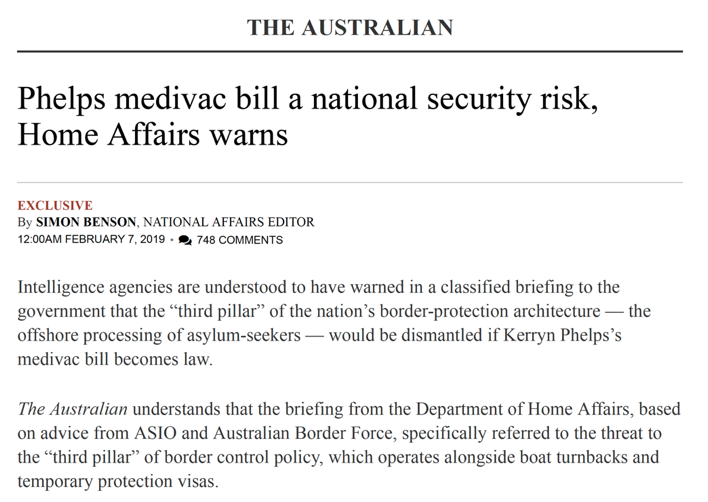 On 18 February, appearing before a Senate inquiry, ASIO boss Duncan Lewis repudiated the report, accused the newspaper of misrepresenting ASIO advice and said the leak was ‘seriously damaging’. This is how it was reported in The Canberra Times: 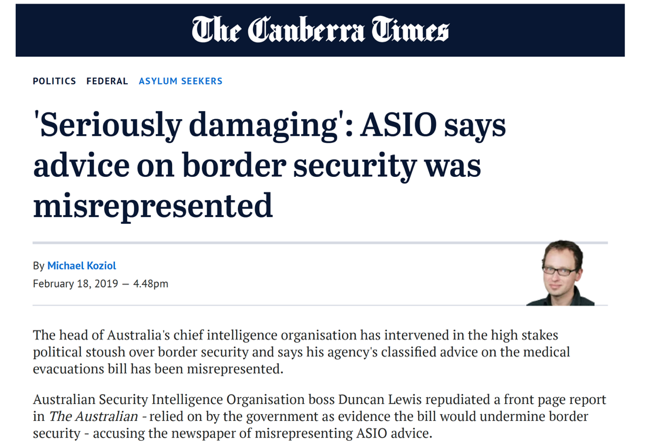 The next day The Australian  buried the account of Lewis’s testimony in the inside pages as follows:

Only towards the end did the report include just one sentence to the effect that Lewis said ‘the advice that ASIO gave was not what was represented on the front page of The Australian  newspaper’.

But then again, The Australian  has never apologised for being a vociferous cheerleader, along with just about every newspaper in the world in the Murdoch stable, for the illegal, immoral and, for US global reputation and leadership, politically disastrous Iraq War. In fact, it has never admitted even to being wrong.

Clearly, being The Australian  means never having to say sorry. But it might explain why the ABC remains much more trusted as the national news organisation, much to the chagrin of those campaigning to bring it down.