Re-thinking flood mitigation and development, especially in the Hawkesbury-Nepean Valley

The rain has gone, the floods on the eastward-flowing rivers are receding in Queensland and New South Wales and the focus has shifted from response to recovery. But there’s another important matter which needs to be addressed mitigation, or the means by which we can reduce the impacts of future flooding. Let’s look at this in the context of attempts that have been and could be made to manage floodwater and ensure that flood peaks are kept as low as reasonably possible.

In this batch of floods, one mitigation ‘device’ which was constantly in the Sydney media was the proposal by the state government to raise Warragamba Dam by 14 or 17 metres so that floodwaters can be ponded temporarily and released slowly after downstream peaks have passed. Elsewhere in New South Wales, there has been less focus on future mitigation, because many of the affected communities have levee protection constructed decades ago. Those levees have performed well, with several towns were saved from flooding. We have seen just how effective levees can be.

New South Wales has a good record as far as building levee protection is concerned. Over the past 60 years, since the many severe floods of the 1950s, more than 50 towns have had levees built to keep floodwaters out of their low-lying areas. Some towns, like Nyngan and Wee Waa, are completely encircled by embankments.

Queensland has done less well. Very few of its flood-liable urban areas are leveed, though some progress was made after the floods of 2010-11 which led to a number of levee-building initiatives being undertaken. Those floods, and the realisation that Queensland’s flood damages were rising faster than those of New South Wales, saw a change in thinking north of the Tweed River.

But levees are not the be-all and end-all of flood mitigation. Indeed they never can be: it is almost never possible to build them high enough to keep out the worst floods. In New South Wales since 1990, five towns have had levees overtopped in big floods. Nyngan in 1990 suffered this fate, leading to an evacuation by helicopter of virtually the whole population of 2500. Kempsey’s CBD was flooded in 2001 when its levee was overtopped, North Wagga Wagga was inundated for the same reason in 2012 and Lismore and Murwillumbah saw levees overtopped in 2017.

Hydrologists have a saying: there are two types of levees, those which have been overtopped and those that will be. Over the century and a half that we have been building them in Australia, we have got better and better at the task, and many towns have had their flood damage bills greatly reduced as a result. Grafton, on the Clarence River in northern New South Wales, has seen four floods this century alone that, but for levees, would have entered large parts of the town. The flooding on the Clarence River there this week might have been a fifth.

But levees are not appropriate in all flood-liable areas. At Narrabri, built on a delta on the Namoi River, flooding cuts the town into numerous small islands. To build levees there would mean removing the very houses that the levees were intended to protect.

Or take the case of the communities in the Hawkesbury-Nepean Valley, where potential flood rises are enormous thanks to the choke below Windsor which retards the draining of floodwater. The levees would have to be impossibly high to protect Windsor. Hence the proposal by the state government to raise Warragamba Dam so that water can be held back and then released in such a way as to avoid flooding downstream.

Does raising Warragamba Dam make sense? It would involve a difficult trade-off between the damage done by flooding of large suburban communities downstream on the one hand and, on the other, damage to World Heritage-listed forest and significant Aboriginal sites above the dam. But even without considering this trade-off, the proposal is flawed because floods on tributaries entering the main stem of the river below the dam can cause severe flooding by themselves.

The government’s own modelling indicates that, for many flood configurations, the reduction in peak levels would be surprisingly small. We could spend a large sum of money to achieve quite limited ‘amounts’ of mitigation.

The conclusion must be that physical mitigation, either by building levees or by raising the dam, is inappropriate in the Hawkesbury-Nepean case. We need to look elsewhere, beyond trying to ‘control’ floodwaters  for example at building roads to ensure that people can escape an approaching flood before it traps and potentially overwhelms them, or by encouraging a partial ‘de-settlement’ of the valley by purchasing and removing existing dwellings from low-lying areas, or by placing severe crimps on future housing development.

All these alternatives are worth examining. The second option, buybacks of housing, would be impossibly expensive were we to massively reduce the number of people at risk, but improvements at the margin are definitely possible. Building the long-touted Castlereagh Connection as an evacuation route would cost less than raising the dam. Reducing growth on the floodplain would not be economically problematic but the politics are fraught, not least because developers have bought up large tracts of land that they expect to subdivide for housing. Changing the rules mid-game would bring an enormous backlash, and political donors would lose faith in the Liberal Party.

As this last flood receded, Minister for Planning Rob Stokes announced a pause on development in the valley while the question of the ‘evacuability’ of large numbers of people was assessed. This is the sanest flood management thinking we have seen in the Hawkesbury-Nepean since the state Labor government built a big bridge across South Creek from Windsor to Mulgrave in the first decade of this century. That bridge was built high enough above the reach of big floods to ensure that everybody could escape to safety. But it can’t serve all the valley’s flood-affected areas, and continued population growth threatens to overwhelm its capacity as an evacuation route.

There’s a long way to go, but we might just see a significant change in the coalition government’s approach to flood management in this worst of all flood environments in New South Wales. For decades we have allowed indeed deliberately encouraged population increases in the valley of the Hawkesbury and Nepean rivers, and further growth is planned. We have added to the community’s flood vulnerability and guaranteed that the cost of recovery from floods (not to mention insurance premiums) will grow. Worse, we are risking huge numbers of deaths in genuinely big floods much larger than what has just occurred but nevertheless entirely possible. In such floods, people who have not evacuated could be trapped and at real risk of being swept away.

There is nothing, yet, to imply that Stokes will seek to alter the regulations to limit development in the valley: his intention so far is to focus on the adequacy or otherwise of evacuation routes. That’s a good start, but more could be achieved by limiting the expansion of the resident population. What’s really needed is a focus on development that is sustainable in the face of a known threat to which more people are being exposed. This will not be easy given the political pressures favouring growth.

Nobody has yet managed to stall the juggernaut of unsafe development in the valley, and raising the dam to mitigate the flood threat is a deeply flawed strategy that cannot deliver what it promises. Can Stokes meet the bigger challenge of limiting the increase in the numbers of people at threat? 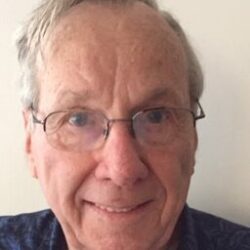