Is the Governments response to the Second Anniversary Review of the National Redress Scheme (NRS), a Royal Commission waiting to happen in 10 years? ..The Government’s response has been slow, demonstrating little leadership, accountability or empathy for survivors and their families.

Robyn Kruk AO’s summary in the second-anniversary Review into the operation of the NRS was unequivocal; “Redress under the Scheme should be survivors focused. Currently it is not”. Kruk explains that nothing less than an “urgent reset of the NRS is required”. In the Interim Response to the Review, the Government believed their scheme “to be, and will always be, survivors focused and trauma-informed”.

How did we get here? Following the Royal Commission into Institutional Responses to Child Sexual Abuse, it was recommended that the NRS be survivors-focused, trauma-informed, and accessible to all survivors. Survivors felt a sense of hope. Perhaps for the first time, their needs would be recognised, without having to go through a more onerous civil action. They were wrong.

The Institutional-centric policy design adopted by the NRS hard-wires harm-to-survivors, into the system. It is an approach that has an acute awareness of the damage to the Institution’s reputation, its exposure to liability, and risks to the Institution’s future existence. The focus is on the Institution’s experience of the abuses, limiting exposure to litigation or financial liabilities, and constraining survivors’ stories to avoid public humiliation and loss of reputation. This policy design treats the abuse as a problem for the institutions involved rather than a trauma experienced by the survivor. The logical outcome of this policy noted by the Review, is the further unnecessary suffering it causes, for those who have already suffered enough.

The recommendations of the Kruk Review emphasise the need for the NRS to become Trauma-informed and Survivor-focused. A Survivor-focused policy has an acute awareness of the whole-of-life destructive consequences to individual survivors (physical, financial, emotional, psychological, and spiritual) and those whose lives are directly impacted by the survivors. Trauma-informed survivor approaches focus on the survivor’s experience of the abuse, their recovery, and creating opportunities for survivors to be seen and heard after decades of silence. It is kind, empathic and ensures accountability for harm done is addressed. It empowers the voice of survivors to be seen and heard. When implemented, the aim is not to activate further trauma. This approach focuses on a survivor’s needs. Ironically, when the survivors’ needs are met, so are the Institutions, by default.

Survivors have no time to waste in seeking hope and healing. The absence of both can be witnessed by the profound impact living a lifetime of complex PTSD has on survivors. As a predictor of negative life outcomes Adverse Childhood Experiences (ACES) which includes child sex abuse, highlights the life-long negative effects on health, well-being, as well as life opportunities such as education and job potential. A policy that enables survivors’ healing, on the individual level, is essential because each survivor’s change or healing is self-directed. Institutional and government systems engagement is essential, because without the structure surrounding individuals changing, the very systems that are intended to help, can and will perpetuate the cycle of trauma. Instead of accelerating each survivor’s healing and enabling a culture change in the Institutions involved, the NRS is failing to do either.

The Review outlined 38 recommendations for improvement, only 25 of which the Government believes deserve “priority action”. The defining characteristic of the 13 remaining actions is their potential for an additional cost. This reflects the principle of limited liability as a core design element used to inform the NRS Framework. The Government has a track record of ignoring recommendations for improvement of the Scheme. In the Parliamentary Joint Select Committee’s final report (Jan 2020), ‘Getting the National Redress Scheme right: An overdue step towards justice’, 29 recommendations were made covering the NRS’s policy, legislative design, and implementation. Of the 29 recommendations, the Government in its response, ‘Agreed’ to 11, ‘Noted’ 15, and ‘Supported’ 3 in principle. The choice of the Government to ignore suggestions for improvement from both review sources is echoed by the sentiment of the Chair of the Committee that “time is now the enemy of many survivors”. It certainly is.

One example recommended by the Review is to amend the NRS’s Assessment Framework for determining the total amount of damages paid. Currently, the sole key indicator of the severity of abuse is the existence of penetrative sexual abuse. From a survivor’s perspective, the trauma is not only about what happened to them, but how they reacted to what happened. The betrayal of trust that leads to the incident is a key part of the whole story, but never the entire story. It is the decades of silence and shame, without support or healing that makes the trauma complex. The Government’s choice to ignore the Reviewer’s recommendation to remove penetration as a limit liability is not Survivor-focused.

The designers of the NRS also decided that a maximum of $150,000 compensation was sufficient, without consulting survivors. The Royal Commission had deemed $200,000 compensation adequate for redress. The Review noted the frustration of survivors with $200,000 being recommended, then a lower cap of $150,000 being legislated. Given the average time, it takes a survivor to come forward is 33 years, a maximum of $150,000 equates to $4,500 per annum for loss of income, impacts to their health, and damages. The amounts involved are not trivial with $490m in payments being made to 5,835 claimants since the NRS began in 2018 – May 2021. This equates to approximately $84,000 per survivor per annum or $2,500 per year since the abuse took place. Does that appear excessive? For survivors whose trauma was their betrayal by Institutions, the lowering of the cap was yet another betrayal, and not Survivor-focused.

The Review notes that up to May 2021, only 3% of the survivors who had accepted an offer from the Scheme, had received an apology (Direct Personal Response) from the Institution involved. Having evaded responsibility for decades, Institutions have now avoided their most basic human responses to the harms they had done. They have failed to turn up and say sorry to 97% of survivors. The Royal Commission saw the apology as the key plank of the NRS, by taking responsibility for the harms done. A Direct Personal Response requires the Institution to demonstrate accountability for their failure to prevent abuse. It is an opportunity to acknowledge directly to the survivor the harmful impact and the often-poor responses of institutions made to survivors once the abuse was known. For many institutions, the absence of a psychologically safe process or skilled leadership to conduct an apology remains an issue. Some Institutions blame the survivors! The Queensland Government’s response is proof that best practices in survivor-focused responses can be adopted in practice when designed using a Survivor-focus.

Kruk notes there are no survivors in decision-making positions within a byzantine Governance structure. Survivors experience the lack of imagination and leadership at the heart of the Government’s NRS Framework. Further, the absence of incentives for Survivor-focused outcomes, or penalties for the failure of the NRS and Institutions to deliver such outcomes, were not mentioned in the Report. The clarity and scrutiny that Robyn Kruk, an independent reviewer has brought to poor policy design, will only be valuable if her recommendations are promptly implemented.

A ray of hope in Kruk’s Review is the reference to the Blue Knot Foundation’s publication Organisational Guidelines for Trauma-Informed Service Delivery. This may provide the NRS with a practical starting point, only if the Government chooses to abandon the institutional-centric design premise for the NRS.

The NRS has never been on track to deliver survivor-focused outcomes. Nor based on evidence of reform to date, is ever likely to. The Government’s response has been slow, demonstrating little leadership, accountability or empathy for survivors and their families. Let us hope survivors do not need to wait for the outcome of yet another Royal Commission in 10 years perhaps titled: the Failure of Institutional Redress for Child Sex Abuses.

For all survivors seeking healing and hope; Redress Matters 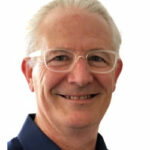 Mark Jones is a survivor whose healing journey has included the Royal Commission, speaking with hundreds of fellow survivors, meeting his abuser in the courtroom, and obtaining an apology from the perpetrator and institution. He navigated the NRS and suggested potential improvements based on his personal experience in Submission 43 to the Parliamentary Joint Committee (Oct 2020). Mark's executive and board-level experience spans the private, public, and non-profit sectors with experience in the mining, management consulting, and European-based Multi-National companies.