Reflections for Remembrance Day: the right to question is incontestable 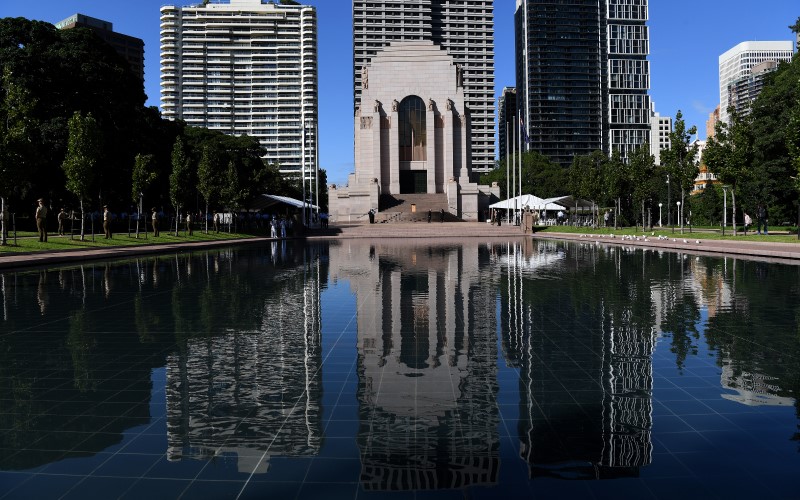 The first Anzacs challenged the reasons for war, so the federal education minister’s insistence that Anzac Day cannot be ‘contested’ at school is political pantomime.

On Remembrance Day we will pause and offer some act of respect. And then we may think critically about war. We may ask how and why we get into war, and what exactly we fight for?

But not Alan Tudge, federal Minister for Education. He has been fuming at curriculum planners who have listed Anzac Day among historical subjects that can be “contested” in the classroom. Tudge has insisted that Anzac Day is “not contested”.

No surprises here. Over recent decades, conservative politicians have repeatedly claimed a special affinity with Anzac. It is political pantomime, a chance to smear opponents — and a fabulous incongruity. After all, the first Anzacs were overwhelmingly from the working class. For example, Lieutenant Arthur Lean, of the 35th Battalion, wrote to his parents in April 1917 describing those AIF soldiers training with him in England as “jacks of all trades and 90 per cent of them are supporters of Labor”. (Quoted by J. Mahony, The Digger’s View)

Speaking on Between the Lines on ABC Radio National on October 28, Tudge argued that children exposed to “negative” history about Australia would be “less willing to defend our democracy”. He praised the previous generations who “really did defend our democracy, particularly those great generations that went through World War I and World War II, and 100,000 people died for this cause”.

He whirled the nationalist bullroarer. “But you know, in the scheme of things, Australia today is perhaps the most wealthy, free, egalitarian, and tolerant society that has ever existed anywhere in the history of the world… Why shouldn’t students understand that?”

He conceded that in history “things can be challenged and debated”. But certain things are incontestable. “In relation to Anzac Day itself though, that is the most sacred day in the Australian calendar, and 99 per cent of Australians understand it. It’s why hundreds of thousands go to the dawn services on Anzac Day, and quite rightly stop and recognise those people who have served and died for our nation. It’s not contested that those people fought for our nation, died for our nation, died for the very values which we have been discussing, in terms of freedom and democracy, and showed tremendous courage and commitment and sacrifice. That’s what’s not contested… I think mainstream Australians understand exactly what it is.”

Therefore, according to the minister, historical inquiry should stop short of interrogating Anzac Day, because it is “sacred” and “not contested” by “mainstream Australians”. He would not tolerate “left activists” who sought to “pick it apart”.

Let us contrast the supposedly incontestable with the factually incontrovertible — in the sense that certain facts are there in the documents.

For example, on Monday, August 3, 1914, a rump of prime minister Joseph Cook’s Cabinet authorised a cable to London. It promised an expeditionary force of 20,000 men, “to any destination desired by the Home Government. Force to be at complete disposal of Home Government”. This was some 40 hours in real time before Britain declared war on Germany. Should students consider whether this was a reckless act that set our forces on the path to disaster at Gallipoli?

Similarly, when the Gallipoli campaign was being prepared, the key war aim was identified in a secret diplomatic deal between Britain, France, and Russia, known as the Straits and Persia Agreement of March 1915: Constantinople and the Straits were to be conquered — and then given to Russia in order to keep the Tsar in the war. At the same time, British diplomats sought to bribe Italy into joining the war by dangling before Rome a great carve-up of Ottoman and Austro-Hungarian territory under the secret Treaty of London. It was signed on April 26, 1915. Should students consider whether it was right that neither the Australian government nor Australian troops learned of these diplomatic deals underpinning the campaign?

What of the first Anzacs themselves? Gallipoli was the product of first lord of the admiralty Winston Churchill’s planning and foreign secretary Sir Edward Grey’s diplomacy. It was Charles Bean, not a “left activist”, who jotted down in his Gallipoli diary on September 25, 1915: “Ye Gods, did ever the nation have a bigger pair of blunderers at its head than Winston Churchill and Edward Grey.” Next day, he wrote of his desire to tell “the true side of war”. But if he was to do so, he lamented, “the tender Australian public, which only tolerates flattery, and that in its cheapest form, would howl me out of existence”.

In oral history interviews with the first Anzacs, many at the Australian War Memorial and the Australians at War Film Archive at UNSW, veterans can be heard explaining their support for Anzac Day, such as Jesse Palmer who believed it “a special occasion” to show that “those who have gone before had to fight”.

But others were indifferent. For example, Eric Abraham did not march on any Anzac Day until 1995 because “I don’t like being gawked at”. Fred Kelly explained that “I never joined the RSL and never attended any marches… I can’t be bothered with those kinds of things”. Allen McKay told his interviewer that “I’d go to the races on Anzac Day” because “it didn’t appeal to me”.

Some were critical. Jack Lockett told his interviewer: “I think it’s overdone, you see, now. Well, you see these young girls, see they’ve got children all in it, and all that now, which I suppose it’s nice for them to walk in it. I wouldn’t want to deprive them. But I’ve got the opinion it’s for the fallen, isn’t it?”

Frank McDonald explained that he didn’t join the RSL or go on marches for decades because “I didn’t want any more to do with it”. He added: “Personally I think it’s a mistake to hold any celebration of Anzac; for a start-off it was a bad defeat.” Ern Morton explained that, at first, he never missed Anzac Day, joining the march “to meet my old cobbers”. But later he came to feel ‘it’s a lot of war propaganda. I’d have nothing at all to do with it”.

Some of the first Anzacs certainly challenged their war dramatically. The 23,000 courts-martial in the AIF, mostly of soldiers accused of absence without leave or desertion, attest to this. At his third-court martial in September 1917, Private Edward James Ryan (about whom I have just written a book) outlined his principled political objections to the long war. He raged against the callous politicians who “gambled with human lives” and turned the war into “one of aggression”. It had become a “war of glory and patriotic land-grabbing by conquerors”.

Captain Hugo Throssell, VC, one of Tudge’s despised “left activists”, denounced the war at a public event in July 1919: “While it is possible for unscrupulous men, profiteers, and manufacturers of war materials to profit by war, we will always have wars.” (Quoted by J. Hamilton, The Price of Valour, p. 290).

Back to Lieutenant Arthur Lean. He told his parents in April 1917 that the Anzac soldiers in his unit quarrelled incessantly about the war. “They argue most heatedly on every subject, and Billy Hughes gets a fair share of it.”

If the first Anzacs themselves debated and challenged war, and even Anzac Day, why on earth should young Australians not be permitted to do so?