Reforming global trade rules for agriculture: The time has come 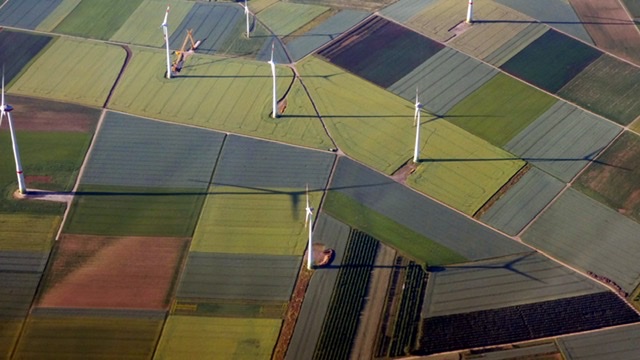 According to the recent G7 2021 Summit Declaration: “We stand united in our commitment to free and fair trade … with a modernised rulebook and a reformed World Trade Organization.” Nowhere is a “modernised rules book” more needed than for world agricultural production and trade. Without it, the consequences for Australian farmers will be dreadful. The timing to bring common sense to global agriculture is opportune, to say the least.

Nowhere in the post-pandemic world is a “modernised rules book” more urgent than for agriculture; no sector of the world economy is less “free and fair”. Over the past decades, “out of date” rules have closed off export markets for Australian farmers. Without the promised “modernisation”, the consequences for Australian farmers will be dreadful.

Our export markets are highly concentrated and fragile. 62% of our exports go to just 8 Asian markets; 25% to China, a market that has grown 5-fold in 10 years. The fragility of the of China market is a case in point with prohibitive restrictions on our exported barley, wine, crayfish, timber, cotton, and other products. As China increases its own domestic production of agricultural products there are surely more restrictions to come.

Further fragility comes from the 50+ countries which have notified the WTO of “temporary” (pandemic related) restrictive agricultural measures. Most notable are export restraint measures designed to increase self-sufficiency and further limit access to already highly protected markets. As a former WTO Director-General has remarked, “temporary” measures such as export restrictions soon become permanent, adding, they actually serve to “aggravate the impact of the pandemic”.

In terms of market diversification and expansion, while we may congratulate ourselves on the expansion of our exports into Asia, tapping these markets is less a measure of export success and more a measure of failure to export to markets that would be attractive if they were not closed.

So why are the rules in such a mess and why do they disadvantage Australian farmers more than others?

The rules were negotiated between 1986 and 1995 in the General Agreement on Tariffs and Trade (GATT) which is now the WTO. They were to deal with the numerous minimum price schemes of governments in Europe and elsewhere that significantly distorted trade. They led to excess production with agricultural surpluses ending up as wine lakes, grain, butter, and beef mountains and eventually dumped in the traditional export markets of Australia. The playing field of international trade was certainly not level.

To address the problem, governments branded these as “trade distorting measures” and an agreement was struck in the GATT to progressively reduce them. The technique employed was to convert the price advantages that came with the price support schemes into tariffs and to reduce the resulting tariffs by 20 per cent over 6 years from 1986 levels.

Other forms of producer support including income support for farmers, subsidisation of farm inputs, and support for marketing, training, transport, and infrastructure were considered permissible which replaced price support measures as they were removed. Drawing on a traffic light analogy, they became the “green box” measures.

Over the ensuing 25 years, and quite outside the spirit of “levelling the playing field”, many governments converted their price support measures into the new permissible “green box” measures maintaining or even increasing levels of farm support. This was not the case for Australia which has played according to the rules of the game. It has kept all support levels low with a concomitant increase in efficiency.

The recent experience of the Australian dairy sector highlights the absurdity of applying yesterday’s rules to today’s circumstances. There have been serious proposals for a 40 cents per litre price support for milk (with public support) to increase the price of a product that many consider being “too low” for reasons outside the control of dairy farmers.

However, according to the anachronistic rules of 1995, this modest price support scheme is considered illegal according to WTO rules.

These out-of-date rules, however, do not prevent Canada from imposing a tariff of 208 per cent on dairy imports, Norway 322 per cent and Switzerland 149 per cent. Agricultural tariffs of these levels are not at all uncommon.

In this context it is worth noting that the 40 cents per litre support for milk would result in a 29 per cent increase in farm gate prices for milk; this pales into insignificance compared to the current (legal) dairy tariff rates of many countries. Irrespective of the desirability or otherwise of the 40 cents initiative, it shows the lack of common sense, equity and efficiency in the current rules; rules the G7 promises to modernise.

OECD data on the extent of producer support in the 37 OECD countries are revealing to say the least:

European farmers now receive 22 per cent of their farm receipts from producer support measures. For the United States, the figure is 30 per cent, 49 per cent for Switzerland and 85 per cent for Norway.

Australia’s producer support is (along with New Zealand) the lowest of all 37 OECD countries; between 1 and 2% of farm receipts.

What is needed today is a negotiated reduction in what the OECD defines as producer support: “the value of all transfers from consumers and taxpayers to agricultural producers arising from policy measures that support agriculture”. The totals and components of producer support are calculated annually for all OECD counties; the data exist for an extended time period and are readily available.

The timing for an initiative of this nature is opportune, to say the least. The 12th Ministerial Meeting of the WTO is to be held in November this year and the debate on the content of the agenda is underway.

The Australian Ambassador, George Mina, speaking at the WTO on 25 May on behalf of the 19 Cairns Group countries and the 64 African Group (comprising more than half WTO membership) stated: “This ministerial decision must … enable meaningful reform of trade and production domestic support” with “ambitious, concrete and equitable” reform which “addresses trade and production domestic support in agriculture”.

This will not come easily. For farmers receiving decades of producer support, frequently capitalised in land values, restructuring production according to new rules will be resisted ferociously.

But there are countervailing forces.

Any reform of the trading system comes against the backdrop of a bigger picture. While there may be disagreement as to how it could be done, there is a desire of all member countries to reform and strengthen the WTO. In the absence of serious reform in agriculture, the G7 Declaration promising an “open and liberal market-based trading system” would have a very hollow ring.

Further, having failed to secure much needed multilateral reform over the past quarter of a century, the WTO badly needs to re-establish its role in global governance. Nowhere is this more evident than in the many statements by the ambitious and competent recently appointed WTO Director-General – Ngozi Okonjo-Iweala – who will use all her energies and vast experience to secure a significant result at the forthcoming ministerial meeting. Agriculture cannot be excluded.

Most importantly of all, it seems we are at a watershed moment in history, with new flexibilities, ambitions, and visions of what the world should look like in the post-pandemic era. What is needed is not only hortatory declarations by government leaders and bureaucrats. Well informed public awareness of the urgency and direction for reform is required along with public support to achieve it.

Let’s hope the vision of the post-pandemic world extends to bringing common sense to the rules governing world production and trade in agriculture.