Australian domestic political discourse is infected with “distract-ables” and announce-ables”. It is riddled with confected indignation, posed victimhood, and dog-whistling duplicity. Sometimes these strategies undermine a political competitor by consolidating tenuous narratives or creating insidious innuendo. Yet others are presented with great fanfare to hide a looming scandal.

We have a veritable pandemic of political spin. It is serving Australians poorly and degrades the quality of our political discussion. These harmful speech styles have become endemic and are now the dominant register of domestic politics.

What happens, then, when our leaders deploy the same speech register with international counterparts? Or when they use relationships with foreign nations as fodder for domestic distraction and dog-whistling? Not much of any benefit to Australia’s national interest in a rapidly globalising world, that is to be sure.

Australians have come to recognise the tactics—Friday evenings before a public holiday is ‘bring out the trash’ time; interviews with politicians in hi-vis on jet fighters and tanks alert us to another “rort coverup”. In domestic politics the damage of this impoverished communication style is partly contained by regarding these antics through the lens of sports-team rivalry— “winning at all costs” is now almost acceptable and “fair play” a mug’s game. Our to-date robust electoral democracy means that no matter how many lies are peddled or insults hurled, the other team will play again at the next election. They won’t bomb you. And they won’t boycott you.

But in an international relationship, the acceptance of “rough and tumble” political discourse is rare. Diplomats spend countless hours negotiating subtleties in wording. And they hope, oftentimes in vain, that they’ll be consulted before politicians make statements with foreign policy impact. Precision in word choice, tone, and grammar matters in all government-level international communication. Oftentimes this precision must be achieved in multiple languages. Using the appropriate register is crucial to achieving foreign policy goals.

A good communicator is also sensitive to their interlocutor’s constraints and concerns. All governments juggle these, including governments of the one-party authoritarian type that might appear monolithic to an outsider. When a foreign politician shouts insults across the airwaves, even mortal domestic enemies unite across parties or factions. The possibility of resolving any international problem is jettisoned once the linguistic aggression commences. Instead, actions become coarse replacements for discussion—scholars and journalists are expelled, and tariffs hiked—nuance and subtly are sacrificed. Nothing is solved in the chest-beating.

Abuse hurled across international borders is particularly dangerous because national pride is at stake, sometimes also racial pride. Experiences of colonialism, war, and exploitative economic practices make relations between nations more sensitive to speech registers than between competing Australian political parties. For many countries, aggressive language preceded military invasion. And, a back-channel phone call saying “you know, we don’t really mean it”, amount to zip when the brutality of European, Japanese or American colonialism is a personal experience for millions of your citizens and an actively cultivated memory for the rest.

The current careless use of the “international” in Australia’s leaders’ public political discourse shows remarkable ignorance of the very real risks. Australia will be lucky to only lose market access for lobster and wine. Let’s hope we are only the tethered goat in economic wars between the US and China. Australian political parties might tear down each other’s posters, but every national government has a military force—and our daily global news reports show they are not just deployed to parade. Governments cannot afford to be misunderstood by other governments. Using aggressive speech on international matters for domestic political distraction, or to win favour with another more powerful government, can have devastating consequences. When did we forget this? Has our complacency made us think wars only happen somewhere else?

Former Prime Minister, Malcolm Turnbull, pointed to the importance of linguistic tone earlier this year when he said of the communication failures with China from Foreign Minister Payne and Prime Minister Morrison, that: “language should always be respectful. You can be firm but respectful. There is no point getting into gratuitous sledging or belligerent rhetoric.” Turnbull knew the protocol even if he didn’t always achieve it—vis. his 2017 “The Australian people have stood up” comment which, while delivered at a doorstop presser, was taken as a threat to China because he was the PM and not just some rowdy backbencher. International relationships need special attention to precise wording when the speaker holds a prominent position. The refusal of Chinese ministers to take phone calls from their Australian counterparts is a clear message—their silence speaks volumes as evidence of our leadership’s failure in register.

But, even within the domestic political scene, the previously relatively safe ploy of race-baiting (unless you were in the racial group being attacked), now has consequential spill-over to the foreign policy realm. Verbal attacks on “Chinese” by our political leaders, through Yellow Peril or Communist Peril threat narratives, have historically been vote winners. More recently fears of non-white immigration were fuelled by talk of “swamping, unassimilable Asians”. As they stroked the racist underbelly for a few more votes in marginal seats, Australian politicians rarely had to confront the foreign policy consequences of their impoverished register. This is no longer the case. China’s political leaders, and the Chinese population both here and abroad, no longer have to silently stomach “China” or “Chinese” being used adjectivally as generic grab-bags of “bad stuff” in Australian public discourse.

A central stumbling block is that our leaders often don’t actually want to solve the problems they have shouted from their podiums. The barbaric register is used to distract domestic audiences from another scandal, rort, uncovered lie or policy failure. “Watch out for the Chinese!” “Beware of the Commies!” and ignore the bungling of aged care or vaccine rollout. The impact of the aggressive language on the receivers is disregarded—and we must assume that the targets are picked strategically. Our leaders clearly regard abusing “China” or defaming an individual Chinese person as low collateral damage. One assumes this wrongheaded appraisal is because, to many of our leaders, Chinese people don’t really count. Their feelings, their opinions, and their dignity don’t factor much in the cost-benefit analysis of aggressive speech registers. Chinese are deemed expendable.

Australian inability to take China seriously as an economic, military, and political superpower is also reflected in this sloppy speech register. “Chinese” and “China” are terms that are treated as empty (but negative) signifiers. This racialized phatic communication has damaging domestic consequences in a globally integrated, multicultural context where voters are “Chinese”—even if they’ve never been to China. The verbal gymnastics that our leaders undertake after each racist dog whistle shows they are aware of the quick-sand of the empty signifier. So, they try to contain the damage and, echoing US Mike Pompeo, pronounce that the Chinese Communist Party is not the same as the Chinese people or Chinese Australians. This clarification does not reassure—for a government to use insulting or aggressive language to any of these three categories of Chinese is disturbing.

The misuse of the “international” for domestic political gains is apparent in the 2019 “Guidelines to Counter Foreign Interference in the Australian University Sector”. Australia’s cash-strapped universities now have staff dedicated to managing the paperwork cascading from these Guidelines. They follow the 2018 “Foreign Influence Transparency Scheme Act” and its Register of economic, research, and political activities involving foreigners. Corrupting “foreign” influences are apparently more dangerous than corrupting domestic ones. But as we are on alert for Chinese IP raiders, donors and spies, the local swine are so deep in the trough they need snorkels to breath—think the mammoth Leppington Triangle transfer of taxpayers’ money to private Australian hands. And, as Australian academics and researchers complete their Foreign Affiliation Disclosure Registers, they are acutely aware of the differential connotations of the nouns “China” and “UK”.

It is not just the university sector suffering neo-McCarthyism. The dearth of Chinese Australians in the Australian Public Sector has just been exposed in Yun Jiang’s Lowy report. A security clearance is a major problem for those who make it into government employment. I guess they are now busy populating a Register of Foreign Influence with the names of second cousins twice removed, just to be on the safe side. You wouldn’t want to be Holgated in a “willing” Parliamentary QT two years down the track for omitting your connections to a distant relative in Shanghai who strikes it rich or joins the Party, now would you?

The persistent defunding of our universities will render these registers irrelevant since there will soon be minimal IP worth “stealing”. And for those Australian ideas, inventions, and breakthroughs that do emerge, are they to be bordered up as national achievements rather than human achievements? Just think, the black box could have been solely reserved for Australian-made planes, and we could have kept wi-fi all for ourselves! How good is Australian sovereign research, eh?

As foreign language programs continue to be closed around the land, any good ideas that emerge in languages other than English will simply pass us by. As Kate McGregor, President of the Asian Studies Association of Australia explained in April 2021, “Entire states will lack tertiary-level Indonesian language programs thereby denying graduates an opportunity to better understand a country of 270 million people, with growing international importance and critical strategic value to Australia”. Our limited capacity to appreciate the power of linguistic register in English leaves little hope for improvement in our capacity to appreciate the nuance of languages other than English. Those comforting tales we told ourselves about Asians “just copying” are no longer credible as the quantity and quality of innovation emerging from Asia is clear for all to see.

Registers of foreign influence are another result of our failure to understand how to use an effective register for our international communication. We manifest the closed and fearful minds of last century’s Anxious Nation, rather than the confident, internationally-engaged thinkers and policy-makers we have actually become. Only as recently as 2017 Universities explored ways to enhance their international collaboration and measure the benefits accruing from internationally-shared research and data. An Australian Academy of Humanities study concluded “International research collaboration is a key feature of the Australian research landscape and is integral to Australia’s future.” Such engagement underpins national competitiveness and “drives economic and social advancement.” Yet all of this once-valued international collaboration is now likely to fall foul of the registers of foreign mistrust.

The harm to Australian research is already apparent because filling in yet another form and attending another meeting takes time away from productive work. More damaging are the costs of our political leaders’ “loose lips” to our trade with China. If we hoped for solidarity from Five Eyes allies as we “stood up” “refusing to be bullied”, the latest trade statistics analysed by James Laurenceson, tells us we are being played for mugs—our mates are filling the product gaps we’ve left in China’s factories and stores. Meanwhile, we are tethered, chewing increasingly unpalatable grass and growing billy-goat gruffer by the day.

We need leaders skilled in public speaking for international contexts, those with knowledge of the nuances of culture and the ways this is manifest in language. At the moment our leaders display a level of oratory sophistication that falls short of a university debating club. But in the real world of international politics, the stakes of losing are not “a round of drinks at the after-match function”. The propositions are not hypothetical. Our very nation’s economic, political and cultural future is at stake with sloppy speech and careless word choice.

Ultimately, effective international communication requires some basic comprehension of how linguistic registers work and not just the compilation of registers of foreign influence. 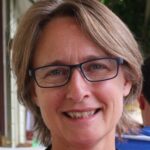