At a time when Australia is desperately trying to push one of our own to lead a world economic forum, it’s worth remembering James Wolfensohn, our most influential global financial figure.

Aged 86, his death this week marks a good moment to recall the man who not only rose to the top of Wall Street at a time when few Australians made it there but also became head of the World Bank, shaping international policy at a crucial time in history.

Long before it became fashionable he used the forum to fight corruption and focus on developing countries. From rescuing Chrysler from bankruptcy during his days running Salomon Brothers to rescuing the credibility of the World Bank, he was probably the least well-known, most powerful Australian we have produced.

His stellar network of clients and friends included everyone from Rupert Murdoch to Paul Keating. Such was his personal and professional appeal.

I recall one interview I did with him in 1989 where he defended then-treasurer Keating. It appeared in The Sydney Morning Herald under the headline ‘Stop kicking Keating’.

There are plenty of lengthy obits about his long and distinguished career but as someone who met him a number of times over the years and interviewed him in his heyday here are some personal reflections.

My first impression of Wolfensohn was sitting in his New York office waiting to interview him for the first time in 1986. I was transfixed by the most exquisite artworks, which I later learned were by Australia’s Fred Williams.

His love and championing of the arts was another side to the tough financial figure and justified his reputation as a true renaissance man.  (And, for good measure, don’t forget the Sydney-born and raised Wolfensohn was even an Olympic fencer in his youth.)

In person, he was the very definition of urbane and still retained an understated Australian charm despite rising to such lofty heights.

He not only promoted Australian culture abroad but headed such American institutions as The Kennedy Centre and Carnegie Hall where he held his famous, once-a-decade birthday celebrations. He raised $60 million to rebuild Carnegie Hall.

His work with the arts even earned him an honorary knighthood from the Queen. But his greatest legacy will be his work renewing the World Bank, a job he achieved thanks to his own brilliance and tenacity.

This article was posted in Crickey on 26 November 2020 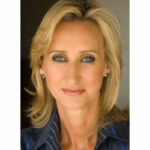