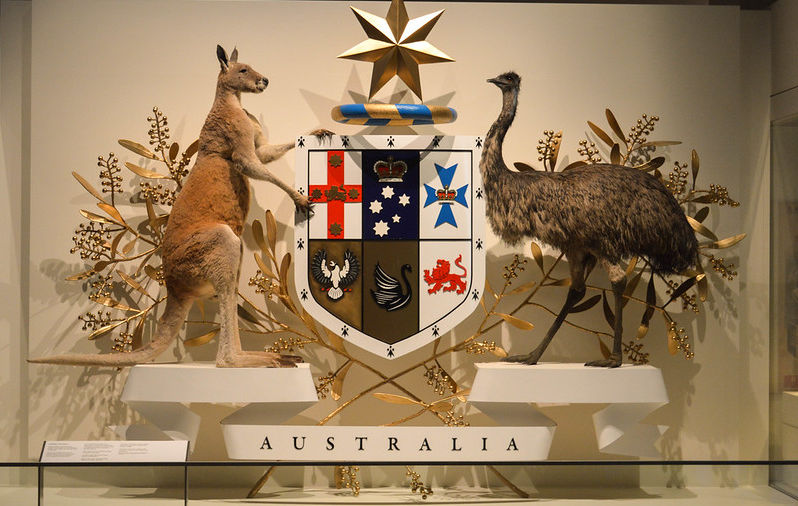 An integrity commission’s work in this area is needed only when Parliamentarians fail in their duty Image: Flickr / Francisco Anzola

The new Parliament should take responsibility for dealing with pork barrelling – not pass the buck to an integrity commission.

Recent reports had new Minister for Infrastructure, Ms King, pledging to bring integrity to infrastructure funding by ditching Labor’s promises for new swimming pools etc. if they do not stack-up on a merits-based review; overhaul regional grants to eliminate pork barrelling and ‘clean out the Infrastructure Australia Board’.

Meanwhile, others call for a Commonwealth integrity commission to deal with pork barrelling – apparently seen as Ministers having discretion about how public monies are spent. Such views are misconceived. Their prescriptions are woefully inadequate.

The NSW Independent Commission Against Corruption recently held a forum to discuss pork barrelling. While belated – thirty-three years after the Commission’s establishment – attention to the topic is welcome. The Commission took pork barrelling to be “allocation of public funds and resources to targeted electors for partisan political purposes”

A paper on legal aspects, by Professor Campbell, concluded pork barrelling could be legal, illegal or even criminal in NSW depending on intentions. Spending that would not occur other than to attract votes (or donations) is illegal. Spending that is knowingly or recklessly unlawful could be criminal.

Another paper by Professor Twomey considered when pork barrelling is corrupt – as (peculiarly) defined in NSW legislation. It looked at NSW and Commonwealth examples. Tellingly, it prefaced the latter with: ‘Much of the spending is unlawful, as it falls outside the Commonwealth’s constitutional powers’.

The reason: for Commonwealth grants to be lawful there needs to be appropriation and ‘legislative authorisation for the expenditure of public funds on grants, which must fall within a head of constitutional power’. That and present general legislation will make it easier to assess whether Commonwealth spending is corrupt – in the normal sense of the word: those in public office degrading democracy by wilfully flouting the law.

Twomey’s paper echoes what Luke Fraser and I repeatedly put in Pearls and Irritations since 2016: much promised and actual Commonwealth spending appears unlawful whether or not it is pork barrelling – including projects with bipartisan support. The situation is very different from the States, because the Constitution strictly limits subjects for and processes of Commonwealth spending.

Given the High Court made this issue crystal clear in 2014, some subsequent behaviour and election promises seem to brazenly disregard the Constitution – the basic Australian law, not a symbolic text. On almost any definition, that behaviour could be called corrupt – irrespective of whether it involves pork barrelling.

Twomey referred to her even more pointed paper: “Constitutional Risk”, Disrespect for the Rule of Law and Democratic Decay.’ The thesis: Commonwealth Governments – and Parliaments – since 2013 have taken a calculated risk their unconstitutional – illegal – spending practices would not be challenged; that calculation involves a disregard for the rule of law by those entrusted to uphold it. It concluded:

‘This is what the decay of democracy looks and smells like….. when governments calculate how they should behave according to what they can get away with, when public servants facilitate such action rather than insisting upon the application of the law, and when power is seen as giving immunity from the application of rules and impunity from the legal consequences, then the rot in the democratic system has begun and will spread unless action is taken to stop it.’

The reference to public servants is noteworthy. They have a duty to warn Ministers who are proposing to authorise conduct, including spending, that is illegal under the Constitution. Officials, advisory organisations like Infrastructure Australia, commentators and industry advocates who have not called-out the likely illegality of Commonwealth spending – or worse, urged more direct grants in the name of nation building / busting congestion / regional development / natural disasters etc. – have contributed to democratic decay.

Unlike in the States, the illegal spending issue is far more serious than pork-barrelling (however defined) for the Commonwealth. It cannot be dealt with by ‘independent’ merit reviews, ‘cleaning out’ Boards or by making good only election promises etc. That is – or should be – very well known by every Commonwealth Minister and by officials.

In that respect, the new Minister’s comments – and e.g. boasting about spending on an ‘all abilities playground’ in Perth – fall well short of what should be expected. Perhaps dangerously so. Left unaddressed, the issue would swamp any bona fide integrity commission and cause turmoil in Government, Parliament and the community.

Like its subset of pork barrelling, unconstitutional spending needs to be tackled first by Parliament. Only Parliament controls the legislation which has ostensibly permitted – but should further outlaw – such practices. To the extent Commonwealth Ministerial spending discretion is a problem, that is a problem created by, and only curable by, Parliament – a very different situation than in the States.

It is Parliament’s duty to ensure legislation does not allow any perception that disregarding legal constraints on spending – or pork barrelling – is legitimate. It is Parliament’s duty to call to account – formally censure – those who do not honour such legislation or the Constitution. An integrity commission’s work in this area is needed only when Parliamentarians fail in their duty. Unlike what some politicians and commentators apparently think, it is not supposed – or able – to do Parliamentarians’ jobs. It should be part of the last resort – not front line – to stop administration becoming corrupted.

Finally, a Commonwealth commission – like that of NSW but without an attendant media circus – should collect evidence of deliberate wrongdoing for consideration of criminal charges by prosecutors. Previous articles indicated it will have plenty to look at regarding infrastructure proposals and advice apart from the above issues – including whether consideration has been given to prosecutions for fraud.