Reverse the decline in democracy through regular maintenance

First, eliminate career politicians. Extend parliamentary terms to five years and limit MPs to two terms. This allows plenty of time for them to try to implement their advocacy programs and ensure parliament is constantly refreshed with new ideas and policies.

Michael Lyon’s excellent article in P&I contained the suggestion by David Runciman “that contemporary representative democracy is tired, vindictive, paranoid, self-deceiving, clumsy and frequently ineffectual”. He asks: “Why not replace it?” Runciman suggests that pragmatic 21st-century authoritarianism may be an alternative to contemporary democracy.

Do we merely concede that some form of “authoritarian” democracy is the necessary outcome of the present malaise?

Perhaps the following observation provides an alternative to “a 21st century authoritarianism”.

Churchill’s quote by inference suggests that “Democracy”, like any other form of social or political organisation, is constantly in need of maintenance.

Any moderately diligent political observer is left in no doubt that “Democracy” in the form we imagine it exists has been in serious decline around the world for much of this century.

While the causes are analysed endlessly, there appears little evidence to suggest any conversation is under way to seriously explore how to maintain a system that, in general terms, has served us well. Surely the decline in democracy is at least in part due to the failure to apply necessary maintenance.

To this end, perhaps some ideas that may provoke such a conversation:

First, how do we define “Democracy”?

Do we take the view offered by Tom Nichols, Professor of National Security Affairs at the US Naval War College:

“Democracy is meant to be the vehicle by which an informed electorate could choose other people to represent them, come up to speed on important questions, and make decisions on the public’s behalf”.  (Foreign Affairs Magazine March/April 2017)

Such a definition suggests that politics must again be reimagined as “Public Service”. Hence the first logical objective would seem to be the elimination of “career politicians”.

A practical starting point to achieving this end could be to extend parliamentary terms to five years and to preclude any politician serving more than two terms. This would provide adequate time for a suitably motivated candidate to attempt to have implemented the programs upon which they campaign for election, and also ensure the constant renewing of parliament with new members, ideas and policies.

Such proposals would be but the beginning of a thought-provoking, challenging and complex approach to maintaining a system of “Democracy” that would fit well within the thoughts of Churchill.

No doubt such ideas will be regarded as the fantasies of an idealist, but it may be instructive to recall.

While Keynesian economics dominated post-war societies, the neoliberal philosophies espoused by the Mont Pelerin Society founded in 1947 by Fredrich von Hayek were initially regarded largely as outlier academic theories with little relevance to the real world. That society worked tirelessly promoting their ideas within universities and think tanks until the 1970s, when circumstances, combined with a few strong leaders, enabled their philosophies to be adopted and become dominant in most world societies for more than 4o years.

It was Thomas Henry Huxley who remarked that “it is the fate of a new scientific concept to begin as heresy and end as orthodoxy, and that transformation is not restricted to the ideas of science”. (The Year Book of the Carnegie Institution of Washington for 1969-1970)

Thomas Kuhn’s book The Structure of Scientific Revolutions popularised the term “paradigm shift”.  Kuhn (1922–1996) said that paradigm change becomes necessary when the previous paradigm becomes so full of holes and patchwork “fixes” that a complete overhaul is necessary.

With the continuing decline in democracy perhaps it is time to pursue a “new paradigm”, even if it entails analysing what today are regarded as “heresies”. 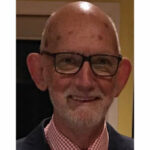 Peter is a one time finance executive involved in business, and community political groups while living both in Australia and overseas. Retirement years have been spent completing a book writing a history and its influence on the evolution of his family since the 18th century together with exploring and writing about Catholicism’s influence on his own life.