Canberra’s foreign and defence bureaucracy is appalled by Donald Trump’s monstering of the Anglo allies and of NATO, his enthusiasm for Kim Jong-un and his appeasement of Vladimir Putin. Where to without the comfort of a great, powerful and reliable friend, it asks? To Plan B, say some analysts – a more capable and self-contained defence force that can protect Australia without recourse to an increasingly unreliable United States.

Typical of these theorists is Peter Jennings, executive director of the Australian Strategic Policy Institute. He spelt out his wish list on the Weekend Australian of 21-22 July 2018.

It includes a predictable call to lift defence spending from two to three percent of GNP in order to expand the ADF establishment from the present 58,000 to around 90,000, and buy the weapons Jennings claims we need, all to be delivered and commissioned into the ADF without lengthy delivery times. The weapons would include nuclear-propelled submarines equipped with long-range missiles, and long-range bombers, the latter to be developed in some kind of commercial arrangement with an American aircraft company. How such a ‘commercial arrangement’ would differ from the late delivery and never-ending escalation of costs we are locked into with Lockheed Martin over F-35s Jennings does not make clear. Nor, if our need for bombers is so compelling, why we can’t buy existing long-range bombers such as the B-1 and B-2s off the shelf. Nor how, with our rudimentary involvement in the nuclear fuel cycle, Australia could be expected to make its own nuclear propulsion systems for submarines. As Jennings correctly says, the United States Navy will not sell them to us.

He then suggests Australia negotiate defence treaties with Japan, France and Britain, build strategic partnerships with India and Indonesia and  stop the Western Pacific from turning into a de facto Chinese lake by becoming a security guarantor to the Pacific micros states.

Few Australians, even those supporting neutrality, would argue against Australia having a capable defence force. But its range of projection from our shores is highly contentious. A dozen diesel-powered submarines combined with a capable littoral surface fleet would provide convincing area denial around the continent. But why does Australia need nuclear submarines carrying long-range missiles, and why strategic bombers? Long-distance cargo planes for disaster relief maybe, but what is the purpose and the price of longer-range aggressive assets? Great for the egos of naval and air force commanders perhaps, but hardly necessary in the defence of Australia.

Indeed, would such forces be effective in the face of the enormous growth of naval and air capability, not least in submarines, in the region? Russia, North and South Korea, China, Japan, Vietnam, Singapore, Malaysia and Indonesia all have capable and growing submarine assets. The seas to our north are becoming increasingly crowded. The more effective Australia’s capacity, the more others will see a challenge to catch up.

Meanwhile, would India, France, Britain or Japan really favour some kind of obligatory mutual defence treaties with Australia, directed – as Jennings plainly implies – against China? And even if they agreed to negotiate such agreements (as Japan might), how would we manage the negative fall-out from China, which would quite naturally take a very dim view of such a ganging up against its own strategic interests? How would we be able to continue our immensely beneficial bilateral trade with China? And how would Australia react if Japan asked for our help in supporting its claims over disputed island territories with South Korea, or China or Russia?

A more intelligent response to the increasing unreliability of the United States under President Trump would involve a three-step approach. First, assume that whoever succeeds Trump will be equally averse to taking responsibility for Australia’s defence. Second, take steps to wean the ADF off the positioning and training with the United States that risks their automatic involvement in a regional war of America’s choosing. The Australian Government should stick to the literal text of the ANZUS treaty and consult the United States, but not necessarily go to war with them in the Pacific region or anywhere else. We should make a cool and rational assessment of Australia’s own national interests, and not, as Prime Minister Turnbull notoriously declared in 2017, consider ourselves to be ‘joined at the hip’ with American forces.  Third, we should discourage the tendency in Canberra to treat every regional dispute as being subject to a military solution, as the United States has a tendency to do and as China, up to now, has not. We should also invest much more on improving and expanding our diplomatic assets and seek to rebuild the trust we have lost. We can expand diplomatic staff in Beijing, open new consulates in more regional centres and improve Chinese language capability among our diplomats.

The Foreign Policy White Paper of 2107 promised a greater focus on ASEAN. Australia should ascertain what the ASEAN countries think about China and its territorial claims, and how they intend to meet the challenge of a more aggressive Chinese presence in the region. In the past, the Vietnamese and Indonesians have been particularly adept at responding effectively to Chinese encroachment. No doubt our embassies and high commissions in the region are in active communication with relevant foreign ministries, but how much do their reports find resonance in Canberra? To what extent can and should we cooperate with them?

Among the Pacific micro states, where a few decades ago we were panicking about Russia’s influence, we should seek ways to accommodate Chinese influence with our own development agendas. Nothing would cause the governments of these countries  to turn away from Australian cooperation more than the realisation that we are only doing it to keep the Chinese out. To be aware of local concerns about sea level rise and make a real commitment to countering climate change would be a good start. Much more effective than missiles and submarines.

Richard Broinowski is a former ambassador to Vietnam and Republic of Korea, and immediate past president in NSW of the Australian Institute of International Affairs. 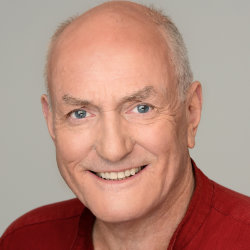