There does not appear to be a plan for the political disposition of Mosul, if and when the Iraqi/US led coalition frees it from ISIS. The political, economic, and confessional interests at stake have attracted all regional powers. Australia’s reasons for taking part, as the 4th largest contributor to the coalition, need clarification.

Almost a month ago, the Iraqi led attack on Mosul, Iraq’s second largest city, began. Its aim is to drive ISIS out of that city. In addition to the Iraqi forces, this action is being joined by Peshmerga ( Kurdish ) troops, and Shia militia, supported by Iran.

Turkey has put pressure on the city, in ways and to an extent which is not yet clear. The US led coalition is also playing a significant role in: training Iraqi forces, providing back-up and direction from behind the front, and in lethal air strikes.

The initial action cleared villages around Mosul. Entry to Mosul proper began some 10 days ago and met stiff resistance, although this is recognized as only a precursor to what it is thought will be a much more substantial fight in the city. At present, the Iraqi forces have paused to regroup and work out how to proceed, for example towards the airport, which has been rendered fairly useless by ISIS and where they are heavily dug in.

The city still contains in excess of 1 million civilians. Some 100,000 have managed to get out and arrived in refugee camps set up by the UN and NGO’s. The capacity of those camps is well below the numbers which are predicted to arrive. But, the additional, awful reality, of this calculation is that it is not known how many civilians will be killed, as the fighting intensifies and, as is expected, ISIS uses civilians as shields.

The US Congressional Research Service has published a list of the countries contributing militarily to the “Coalition Countering the Islamic State”. 27 states are listed: 18 from NATO countries, 5 from the region, and 4 others, not from NATO, the region, or non-NATO Europe. Australia, New Zealand and Singapore are in this category. In terms of weight, personnel numbers, and equipment provided, the largest contributors are in descending order: US, France, UK, Australia.

Australia’s contribution is described as being composed of: “approximately 380 personnel, including 80 special forces personnel advising Iraqi counterterrorist units, Strike operations in Iraq and Syria; at least four F/A-18 Hornet fighters, a tanker aircraft, and an airborne control aircraft, Approximately 400 personnel in support of missions that include air-combat and air-combat support”.

ISIS has no right to seize the land it has occupied in Iraq, the Iraqi government has the lawful right to seek to rid its territory of the invaders and, no one would question the justification of or legal basis for action against ISIS on the ground of the evident war crimes and crimes against humanity it has committed. Also, Iraq has the right to seek external help for these tasks. The formation of such alliances is authorized in the UN Charter.

The freedom of such action, recognized in international law, brings with it parallel obligations, such as: the protection of civilians in armed conflict, the use of proportional force.

Given the nature of ISIS, it will not simply be difficult to defeat them and/or to do so within an acceptable scale and duration of fighting, but will almost certainly prove even more difficult if not impossible fulfill obligations such as the two mentioned above. Iraqi commanders and the coalition leader, the US, have acknowledged these difficulties and have pledged something like their “best endeavours”.

It is not clear what is had in mind, what if anything, is planned for the future political disposition of Mosul, whatever is left of it and its people.

The government in Baghdad is essentially a Shia government and the people of Mosul are Sunnis and Christians, although the latter have either fled or been killed. Earlier attempts by Baghdad to assert authority over Mosul, before ISIS arrived, failed because of Sunni resistance. Baghdad withdrew, and at least a proportion of Mosul’s citizens initially felt comfortable with the arrival of ISIS, because, at least, they were not the Baghdad Shia. Such is the complexity of the regional and confessional politics.

If what we are about to witness in the battle for Mosul is not accompanied by a politically inclusive plan for its reconstruction, then it could all turn out to have been not only an immediate humanitarian disaster but an enduring problem and source of deadly bitterness.

Overtly, there are at least 3 interested groups/factions: Shia Iraqis, Sunni Iraqis, Kurds, and a less overt, though deeply felt, Turkish interest. The Turks have made the point that, for generations, Mosul was in Turkey and today it is trenchantly opposed to the establishment of a Kurdish state – Kurdistan- which as envisaged by Kurdish proponents, would fuse the existing Kurdish province of Iraq, Mosul and its surrounds, Kurds in Syria and the adjacent Kurdish area and population, (some 14 million), in south eastern Turkey. There are also Iranian Kurds.

It should be mentioned that Mosul and neighbouring Kirkuk, a city in Kurdish hands, are rich in oil. They are a prize.

It is almost impossible to overstate the scourge of ISIS. Actions such as the one now underway in Mosul are justifiable. But, it would be foolish not to recognise the parallel agenda being pursued by other participants. These hold the prospect of even wider conflict.

What are Australia’s reasons for: taking part in the US led coalition, so far from our region, doing so in the role of a relatively major contributor. Exactly what actions are our forces taking. What does the government propose to tell the Australian people and Parliament about them?

What role, if any are we playing or propose to play, on the political front in ensuring that our action does not turn out to merely support one side of an internal Iraqi dispute that has been going on for a very long time, and which they are not particularly inclined to settle peacefully.

Has thought been given to where we would find ourselves if the contest for Mosul causes growth in the wider regional competition involving Turkey, Russia, Iran, Saudi Arabia, to mention only the main protagonists.

A concern I think we should have is that if all of this blows out in a major way, the guide to Australian policy would be the usual one: that we should support the US position, whatever it might be. US policy has been a key source of the conflicts in the middle east, during the last 2 decades, and certainly not a source of any viable solutions.

Better for our troops to come home, tend to our own region, as former Prime Minister Keating so persuasively suggested a few days ago, while Prime Minister Turnbull was promptly on the telephone to President-Elect Trump assuring him of our undying fealty and stressing that Trump should learn to love the TPP.

It is not isolationism to suggest that we should tend, principally, to our own region. Rather, it is to assert that our foreign policy would be more effective and serve our people better, if it were independent and reflect our own national principles and interests.

Richard Butler AC was Australian Ambassador to the United Nations, and Executive Chairman of UNSCOM, the UN Special Commission to disarm Iraq. 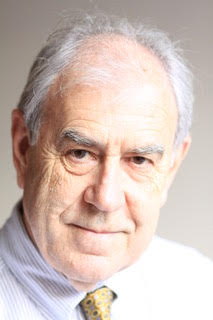