It is widely acknowledged by those who have had anything substantive to do with nuclear weapons that as long as they exist they will, one day, be used, either by accident or decision. Equally, it is acknowledged that any such use would be a catastrophe. Thus, the logical and human solution is to eliminate them.

Three months after he assumed his office, President Obama publicly joined those who accept these truths when, in Prague on April 9th, 2009, he said: “ I state clearly and with conviction America’s commitment to seek the peace and security of a world without nuclear weapons”

Further, he said: “ as the only nuclear power to have used a nuclear weapon, the United States has a moral responsibility to act.”

He said the US could not succeed alone in seeking the objective of a secure world without nuclear weapons, but would lead the process and include all nuclear weapons states in it.

The Nobel Peace Prize Committee reacted to his Prague pledge by awarding him the 2009 Peace Prize. To some that seemed to represent a hasty judgment by the Committee, but the terms of Obama’s attitude towards the elimination of nuclear weapons seemed to constitute a major new policy commitment. In fact, there have been precedents.

In his farewell speech in January, 1961. President Eisenhower had warned against the influence over US policy of a “military industrial complex”, and stated, above all, that nuclear disarmament was essential. His warnings came to nought and at the height of the Cold War, in the 1980s, some 70,000 nuclear weapons had been made, over 90% of which were held by USA and USSR.

In October 1986, USSR President Michael Gorbachev and US President Ronald Reagan met at Rekjavick. They agreed, initially, to seek the elimination of all nuclear weapons because of their conviction that the danger they posed was unacceptable. Reagan had famously asserted that “nuclear war cannot be won and must never be fought”. Their initial agreement foundered however, on Reagan’s refusal to suspend his proposed missile defense shield. But, they did agree to eliminate their intermediate range nuclear weapons in Europe and the resultant INF Treaty became the first instance of the elimination of a whole class of nuclear weapons.

On May 27th, 2016, seven years after his speech at Prague, and eight months before he will take his farewell from office, President Obama visited Hiroshima becoming the first US President to do so, 71 years after that first use of a nuclear weapon.

In his remarks there he said: “among those nations like my own that hold nuclear stockpiles, we must have the courage to escape the logic of fear and pursue a world without them…persistent efforts can roll back the possibility of catastrophe. We can chart a course that leads to the destruction of these stockpiles.”

Somewhat characteristically, President Obama injected a philosophic reflection: “The scientific revolution that led to the splitting of the atom requires a moral revolution as well”, and, “ … what makes our species unique. We’re not bound by genetic code to repeat the mistakes of the past. We can learn. We can choose”.

Two key nuclear arms reduction treaties were negotiated between the US and Russia, after the Prague speech, the Start I and New Start Treaties and today, the number of deployed warheads allowed under those agreements is: 1780 and 2080 for Russia and the US, respectively and the same figures for “other” warheads are 5720 and 5180.

Overall, arms control agreements have led to a reduction by two thirds, in the number of nuclear weapons in existence, globally, from that figure of 70,000 of the 1980s.

Clearly, there has been progress in nuclear arms control, a step back from the profound insanity of the nuclear arms race, which was the hallmark of the Cold War.

But, there remains at least three Key problems, which have not been addressed, nothwithstanding Obama’s statements and commitments.

First, in order to secure consent by the US Senate to New Start and the Comprehensive Nuclear Test Ban Treaty, Obama has authorized a $1 trillion 30 year upgrade of the US nuclear arsenal. It is impossible to reconcile this action with his stated posture of wishing to lead the way to a secure world without nuclear weapons, and the consent he sought on CTBT has not been given.

Russia has also embarked on an expansion of the size and quality of its nuclear arsenal. Nuclear analysts have suggested that, in fact, Obama’s legacy upon leaving office will be a “second nuclear age”. Whether that perspective will prove to have merit, the postures and actions of Russia, on one side and the US and NATO on the other supports the apprehension that a new Cold War is underway.

Secondly, there have been widely supported calls for the US and Russia, which together still hold at least 90% of nuclear weapons in existence, to take them off hair trigger alert. This would significantly reduce the possibility of accident or miscalculation, without eliminating their alleged utility in terms of deterrence.

Thirdly, while Obama has spoken of the need for action with respect to all nuclear weapon States, of which there are 6 others (and an active contender in North Korea), there has been inaction. He seems not to have exercised the leadership on this that he promised. And, apart from the issues with Russia, there is the reality of the frightful dangers posed by the nuclear arms race between India and Pakistan, and by Israel’s nuclear weapons capability, in the miasma of Middle East politics.

The International Court of Justice, unsurprisingly has pointed out that any use of nuclear weapons would violate customary international law, and with virtual certainty would constitute a crime against humanity. It has called attention to the fact that the Nuclear Weapon States identified in the Nuclear Non-Proliferation Treaty (the Permanent Members of the Security Council) are obliged, under that Treaty to negotiate reductions in their weapons, without any further delay. And, some two thirds of the member States of the UN have called for the negotiation of a global Treaty banning nuclear weapons.

In recent times Australian coalition Governments have sided with the US in voting against this proposal. Its neighbors, including Indonesia, Malaysia, Thailand, and New Zealand have supported it.

Where is the debate in Australia about the reality of the threat to our life, nation and environment caused by the continuing existence of nuclear weapons? Is it within our character and values to accept that the only way our survival, our life, is allegedly guaranteed is by the US being prepared to use, against others, weapons of mass destruction and radiation?

Some say that to ask this question is hysterical. They assert that, clearly the US would never use its weapons but only threaten to do so, as a matter of deterrence. The notion of deterrence is, at best, a chimera, the failure of which would be a more than academic experience.

President Obama resisted calls that he should apologize at Hiroshima, presumably because of the current dominance in the US of militant nationalism. But at Hiroshima, he did mention “mistakes”, and suggested that it is not necessarily in our human genus to be condemned to repeat them.

The part of his remarks and reflections on which Australian leaders should act are those in which he acknowledged the need for the US to lead in efforts to end the servitude of nuclear weapons. That’s where we could and should help, politically and diplomatically. This would, of course, require us to demonstrate the “courage to escape the logic of fear”, to stand on our own feet, with a principled, aware, and independent foreign policy.

Richard Butler AC, is former Ambassador to the United Nations and was appointed by PM Keating, in 1995, Convenor of the Canberra Commission on the Elimination of Nuclear Weapons. 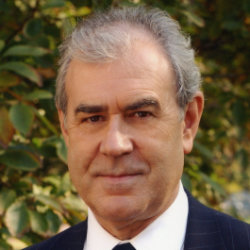