Global politics is based on an outmoded and increasingly destructive model of human progress and development. In the second of two parts, RICHARD ECKERSLEY examines the critical nexus between science and politics in redefining progress.

People’s concerns about modern life are finding political expression in increasing extremism, especially on the right, but also the left. This trend helps to explain the 2016 US presidential election results and recent political developments in the UK and Europe.

Changing the political and cultural status quo runs up against formidable obstacles. One is the inertia in the system, with currents ways of doing things locked into place by entrenched and self-perpetuating organisational values and attitudes, and the multitude of existing mechanisms by which the world is run. Another obstacle is the money and effort that vested political and corporate interests put into maintaining their advantage.

The status quo relies heavily on scientific legitimation. This is evident in the worldview of leaders like Obama. It is also apparent in the relentless and ruthless efforts of industry after industry to defend itself against evidence of harm by sowing scientific doubt about the evidence, buying influence, and shifting blame.

While science has largely underpinned the orthodox view of progress, science, through research in many disciplines, is now exposing its limitations, flaws and hazards. It is in science’s hands to build on people’s justified unease and their valid insights into its sources to press on all institutions, but especially politics and business, the need for deep change if we are to safeguard humanity’s future.

At this level, the task is to enlarge political debate to question the worldviews that underpin politics. This would open the way for far-reaching policy choices that the status quo precludes. Politics and the media define arbitrarily what warrants coverage and discussion, and much that is important is left out.

Climate change notwithstanding, there is almost no serious discussion of genuine sustainable development; nor is there a serious consideration of health and wellbeing that reaches beyond lifestyle factors and healthcare. Broadly speaking, the mainstream media treat recent political developments as an alarming aberration, and acknowledge neither their deep roots nor their potential to bring about transformative change.

There is no valid reason why the worldview of leaders could not be a central theme of political debate. This would be very different from today’s emphasis on ‘issue’ and ‘identity’ politics, whose elements are kept firmly within the conventional framework of progress. The interconnected challenges facing humanity cannot be solved by focusing on the discrete, specific problems that characterise and define today’s politics, however legitimate the concerns are in themselves.

However, recent events have rocked the political establishment and threatened the existing order. The growing political volatility could open the way for the debate we need to have about the sort of society we want to live in, and there are signs that this is happening, although an optimal outcome is far from certain. As problems multiply, intensify and coalesce, the world could become entirely preoccupied with the crises, and continue to neglect the long-term requirements of a high, lasting and equitable quality of life.

Science could play a decisive role in keeping the conversation focused on what really matters. This role will require, both within Australia and internationally, greater collaboration between the natural and social sciences and the humanities; more engagement with other sectors of society such as politics, business, religion and the arts; and better communication with the public, going well beyond recent improvements in these areas.

In Australia, the learned academies have done useful work in this area. The United Nations Sustainable Development Goals are also important, but remain embedded in the orthodox model of development. The UN Intergovernmental Panel on Climate Change provides one model for how to move forward if it can be applied to the much larger task of genuine sustainable development.

When we look at specific social issues – such as marriage equality; sexual harassment and exploitation; Aboriginal rights and recognition; or health matters like smoking -there is often a long period of rising awareness and agitation before the issue reaches a point where it suddenly begins to attract sustained public discussion, media coverage and political and other action. Many issues never achieve this cultural and political ‘critical mass’. With human progress, the task is all the greater because of its magnitude and the lack of a clearly defined and committed constituency (all of us). There is no precedent.

What we need to strive for is a paradigm shift: the current paradigm based on modernisation and material progress is confronted by a growing body of anomalous and contradictory evidence that it cannot explain or resolve. It must be replaced with a new paradigm of sustainable development that better acknowledges and reflects the emerging realities of planetary conditions and limits and our better understanding of human needs and wellbeing.

Governments and leaders will not implement solutions to the threats facing humanity if they are not convinced there is a problem — which they are not at present. Perceived scientific legitimacy is a central justification for these political perceptions. Changing these perceptions is arguably science’s greatest challenge today.

Richard Eckersley is an independent researcher on progress, sustainability and wellbeing. This article draws on a longer paper published this month in the international journal, Social Indicators Research. The paper is available on his website, www.richardeckersley.com.au. 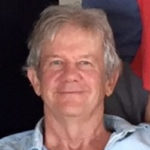