The Terms of Reference are pure Brandis. The name is National Opera Review, the game is a review of the four larger companies funded by the Commonwealth. Excluded are the Victorian Opera and the numerous small companies that are the growing edge of opera in Australia.

The Review is at core, about business. It focuses very much on the drop in the audiences of the four opera companies following the GFC. It says that in response, Opera Australia (OA) cut back on the number of productions and performances and programmed long seasons of opera pops, losing even more of its audience for mainstage opera.

The Review proposes to restore revenue by reversing these actions: increase the number of productions and performances, restore the diversity of programming, and support this with improved marketing and management.

Let us look at the history.

We have Opera Australia attendance figures from 1972 to 1985. Year to year they are volatile but overall are fairly stable.

So before the GFC, there was already a significant 22-year decline in opera audiences.

To counter the drop, the review proposes that the companies more efficiently promote the policies prevailing before the GFC. But these themselves were consistent with a declining audience.

In other words, if there is a larger problem, they seem not to solve it.

So what is the larger problem?

Imagine if Australian live theatre companies performed virtually nothing written after 1910. If the only novels available to us were written in the 18th and 19th centuries. If nearly all television drama comprised adaptations of 19C plays and these, serialised, were also the source of TV soap operas.

But most of the repertoire of the Major Companies is from the 17th to 19th C heritage. From attendance data, we can speculate that the heritage is not an attractive entry point for many prospective new audience members.

For years now, articles in the print media have provoked with headlines asserting that “Classical Music Is Dead”. Dead because it died of old age.

Look briefly at the situation in New York. New York City Opera has disappeared as a year-round occupant of the Lincoln Centre. The Metropolitan Opera attendances last season filled its house to only 66% capacity, down from a norm of around 90%. General Manager Peter Gelb asserts that the problem is ‘a cultural and social rejection of opera as an art form’.

But meanwhile, there is a burgeoning of new operas produced by small companies in a great variety of venues conventional and unconventional.

As it happens, the Review gives high status to operatic evolution and innovation. It sets forth five ‘guiding principles’. Remarkably, three of them call upon “the Major Opera Companies to flexibly evolve the artform… [including support to] other innovative but smaller companies” and “should be leading exponents of Australia’s cultural distinctiveness… Australia should commit to increasing innovation in opera as an artform.” There are explicit recommendations, in particular:

Support the development of new Australian work… particularly through experimentation, workshops and smaller scale activities. … create an Innovation Fund which will include discrete competitive funding to encourage the development of new works to which the Major Opera Companies can apply either on their own or in conjunction with smaller companies.

Also support collaboration with festivals; increase the use of digital technology for innovation – and:

How is an annual budget of $200,000 for the development of new works sufficient to fulfil the Review’s high-flown statements about the importance of innovation and new repertoire?

The Music Trust proposed this to the Review: a fund of $4.4 million, used ‘to support 1) production and presentation of contemporary operas, both those appealing to larger audiences and more difficult works appealing to more specialist audiences (the “Production Fund”, $3.2 million), and 2) the commissioning and workshopping and possible public presentation of new works by Australian composers (the “Australian Opera Development Scheme”, $1.2 million).

Production Fund. The purpose is to build a large audience for contemporary opera. Begin by presenting existing operas with this potential. We have seen some here already: Moby Dick, Of Mice and Men, Dead Man Walking, Nixon in China, the Glass trilogy. Such are unfamiliar territory for an audience that is strongly given to familiarity. However, companies can choose works a) of quality and integrity that b) have already been relatively successful with audiences elsewhere. Over time, companies can give audiences a consistent experience that says new operas will be moving or invigorating or even fun, and have connections to our world.

Australian Opera Development Scheme. If we want Australian composers to produce fine operatic works, they have to be given the opportunity to write them and to test them on stage and then rewrite them, even several times, to learn not only about operatic composition and voices but drama and the stage.

Therefore we propose Australia should embark on a long-term, structured program for the creation of new Australian operas. The key to this is to enable the creative teams of, usually, composer and librettist, opportunities to create, workshop, revise, workshop (repeat until ready) – and ultimately be involved in the production and presentation of public performances of new operas, and for the most promising teams to have multiple opportunities to go through this process. Commonly, a dramaturg could be a part of the team as a consultant.

These works would be written for small forces. To bring them to the stage would not be phenomenally expensive. Some works could eventually be scaled up for large theatre production. So there would be a culling process that multiplies the prospects for public success at that level.

We propose a formal, structured program of five new works a year, which we expect, after consultation, would cost around $225,000 each.

We do not claim that this is the perfect scheme, but it is an investigation of the issue that can be seen to engage with it productively.

The Review’s Guiding Principles are fine. They need a serious strategy to achieve their objectives.

The complete paper can be read at http://musictrust.com.au/loudmouth/national-opera-review-propping-up-the-19c/

The complete Music Trust submission can be read at http://musictrust.com.au/submission-to-the-national-opera-review/

The complete report of the Australian Opera Review can be read at file:///C:/Users/Ozmusico/AppData/Local/Temp/national_opera_review_final_report.pdf 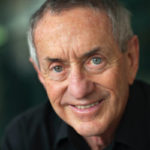