RICHARD TANTER and BUSINES INSIDER INDIA. Darwin, the Marines, and touring the American empire of bases

The idea of ‘US imperialism’ may be seen as a fiction of the ideological left, or as an overblown presentation of the presence of a few US bases in different countries. But the US military does indeed operate on a global scale. Australia is far from a unique position in the US empire of military bases.

In the decade after the end of the Cold War, triumphalist U.S. public intellectuals, liberal and conservative alike, were trying on the mantle of ‘empire’ for size. For many at the time, while ‘US imperialism’ denoted kneejerk leftism, ‘the American empire’ might just be an appropriate acknowledgement of achievement on a global scale, an accolade about reality rather than a matter of opprobrium.

As the world knows, that hubris led to three catastrophic wars of choice and the destruction of Afghanistan and Iraq. It also led to the American historian and political scientist, Chalmers Johnson, longtime Cold Warrior and doyen of US East Asian specialists, to astonish his more complaisant professional colleagues by publishing four extraordinary books between 2001 and his death in 2010 about the reality of American empire, together called the Blowback series:

Blowback: The Costs and Consequences of American Empire(2001)

The Sorrows of Empire: Militarism, Secrecy, and the End of the Republic(2004)

Nemesis: The Last Days of the American Republic(2007)

Johnson’s political volte faceand pathbreaking analysis of a new form of global empire came out of his close involvement with Okinawan resistance to one of the most enduring and oppressive ‘peacetime’ expressions of the American empire of bases. Seven decades after the US military colonization of Okinawa began, US bases still amount to more than one-fourth of the prefecture’s land area. Such is the grotesque weight of American military occupation on Okinawan society and the consequent deeply–rooted resistance that it is still not possible for even a Tokyo-backed conservative to be elected governor of Okinawa without railing against the American bases.

In Nemesis, Johnson summed up the argument of the second book:

‘The Sorrows of Empire was written during the American preparations for and launching of the invasions and occupations of Afghanistan and Iraq. I began to study our continuous military buildup since World War II and the 737 military bases we currently maintain in other people’s countries. This empire of bases is the concrete manifestation of our global hegemony, and many of the blowback-inducing wars we have conducted had as their true purpose the sustaining and expanding of this network. We do not think of these overseas deployments as a form of empire; in fact, most Americans do not give them any thought at all until something truly shocking, such as the treatment of prisoners at Guantanamo Bay, brings them to our attention. But the people living next door to these bases and dealing with the swaggering soldiers who brawl and sometimes rape their women certainly think of them as imperial enclaves, just as the people of ancient Iberia or nineteenth-century India knew that they were victims of foreign colonization.’

Excellent younger researchers following on from Johnson have raised the count of US overseas military bases to well beyond 1,000 and deepened our understanding of technology-dense strategic islands such as Diego Garcia (Vine’s Island of Shame) and the rapidly proliferating ‘lilypads’ of notionally light-footprint ‘temporary’ or ‘rotational’ bases in Africa and Asia of special forces or drone deployments (Nick Turse).

Yet, superb as these researchers are, sometimes the best representation of Johnson’s argument comes from the words and images published by the United States military itself. Such a case is a series of media releases from the U.S. Marines a week or so ago, published in dozens of newspapers, websites, and television programs around the world to celebrate the 243rdbirthday of the Marines.

One version appeared on Business Insider India: under the heading  ‘The US Marine Corps turns 243 today — check out these awesome photos of the Devil Dogs in action’,  with all words and images supplied by the U.S. Marines. This version of the article showed marines in action around the world today: in Syria, Afghanistan, Jordan, Bulgaria, Finland, Sweden, Thailand, Romania – and of course, in Australia.

In reality, these amount to just a smidgeon of the 150-plus countries in which, as Nick Turse reported, US special forces operated between 2011 and 2014. But the imagery and the text make Johnson’s point , and show Australia’s far from unique position in the US empire of bases. 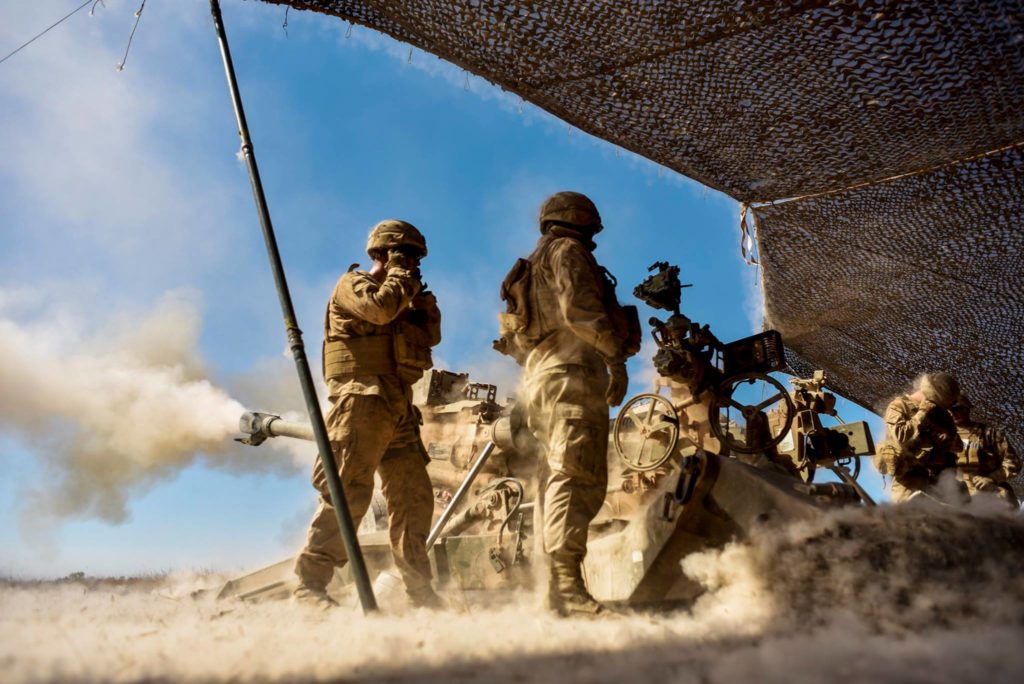 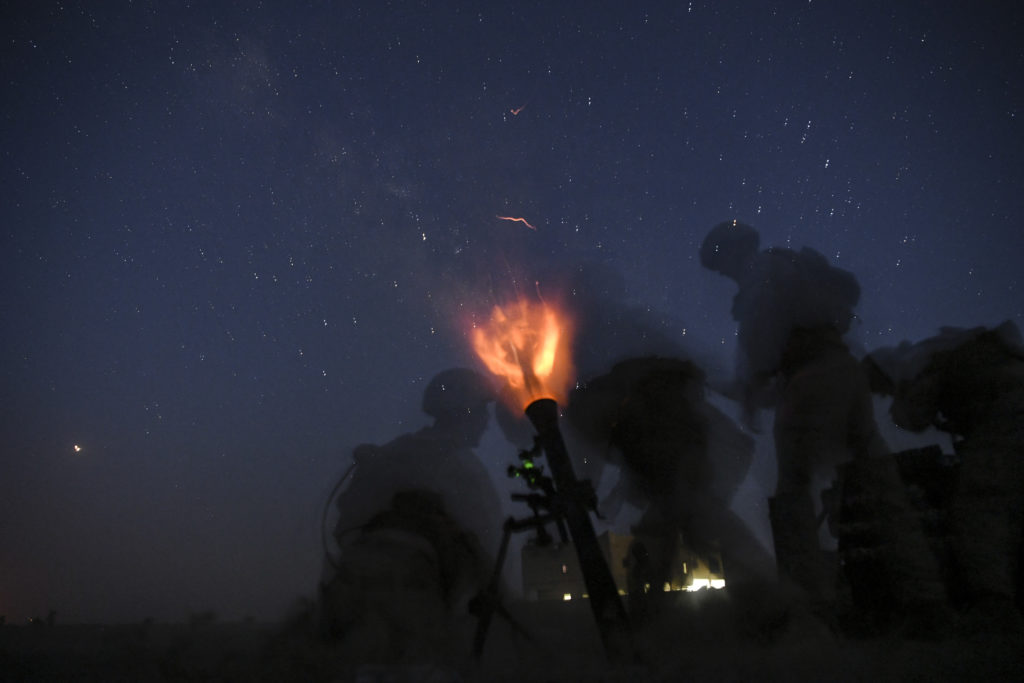 Marines fire an 81mm mortar during training in support of Operation Inherent Resolve in Hajin, Syria on August 4, 2018. 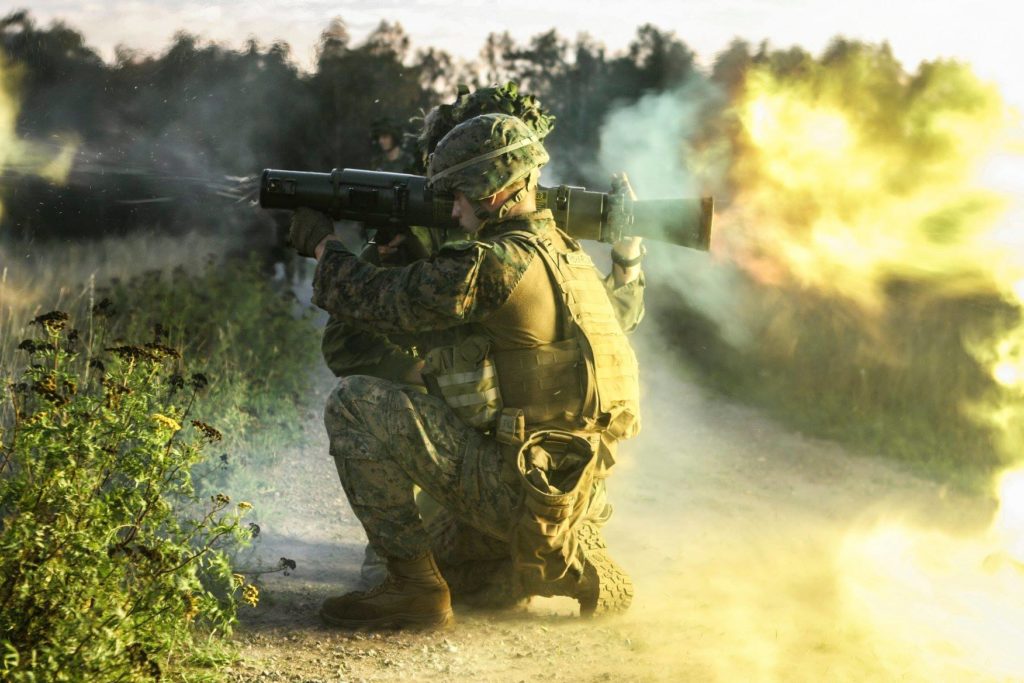 A US Marine with Marine Rotational Force-Europe 18.1 shoots the Swedish Carl Gustaf M4 anti-tank recoilless rifle during Exercise Archipelago Endeavour with Swedish Marines of 1st Marine Regiment on the island of Uto, Harsfjarden, Sweden on Sept. 5, 2018. 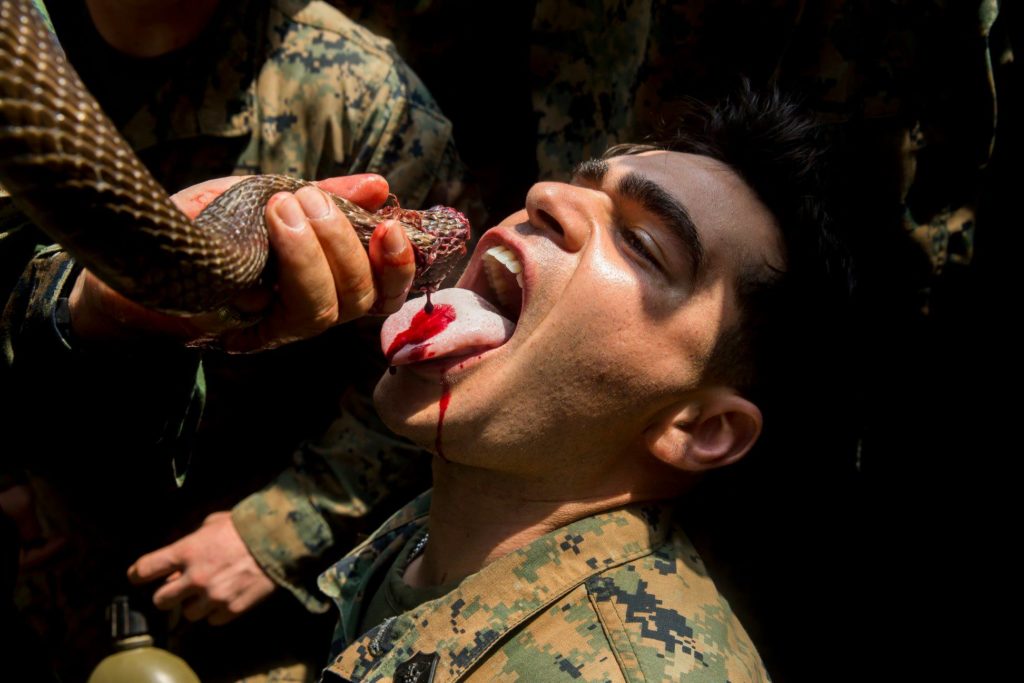 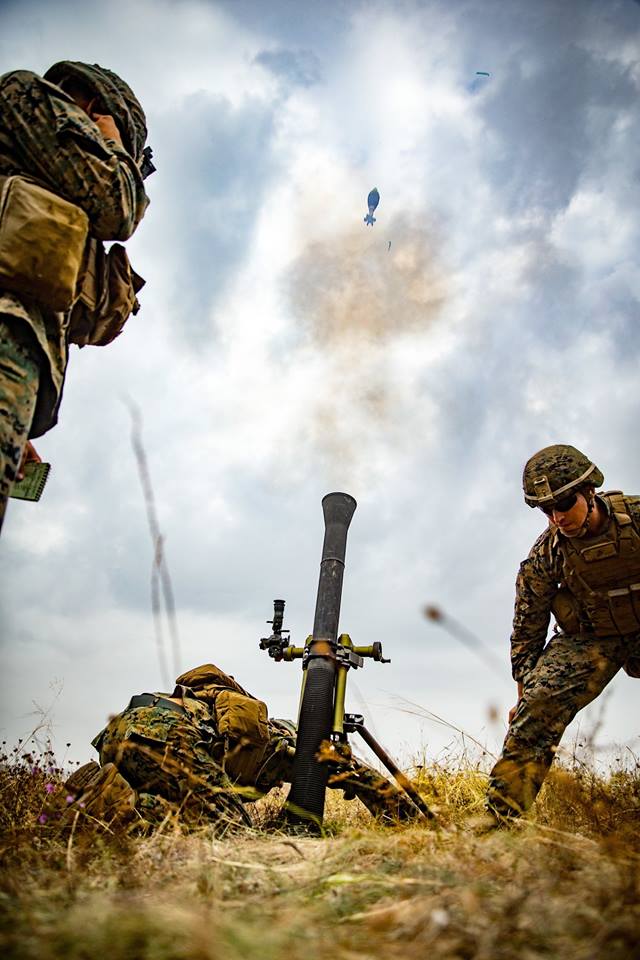 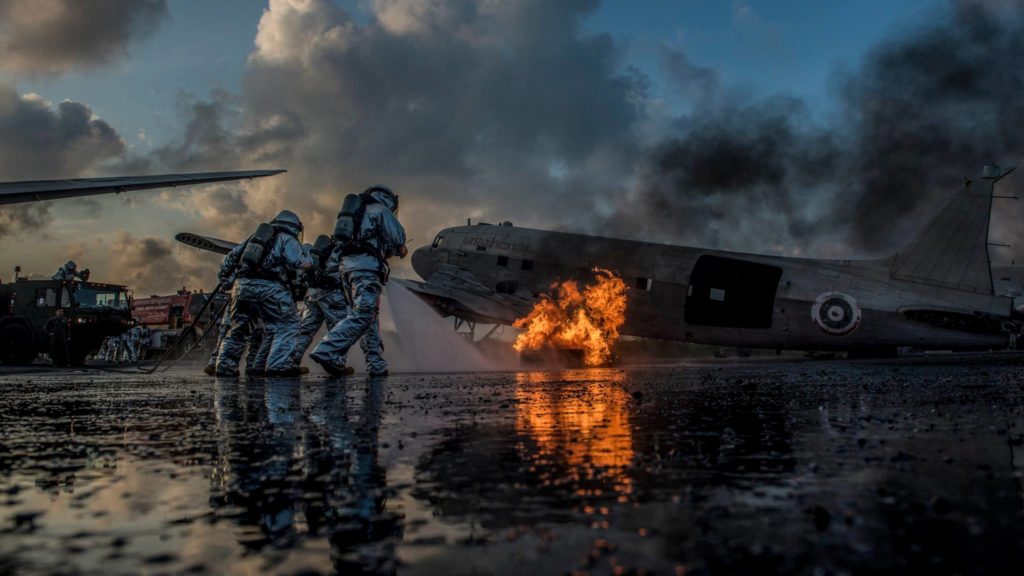 US Marine firefighters and Royal Thai firefighters work together to put out a simulated aircraft fire during Exercise Cobra Gold 2018. 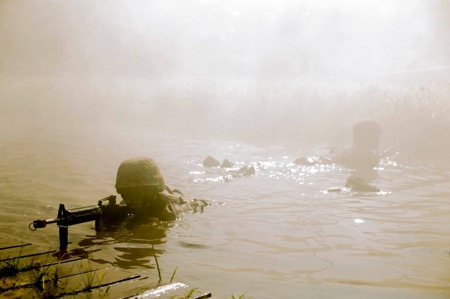 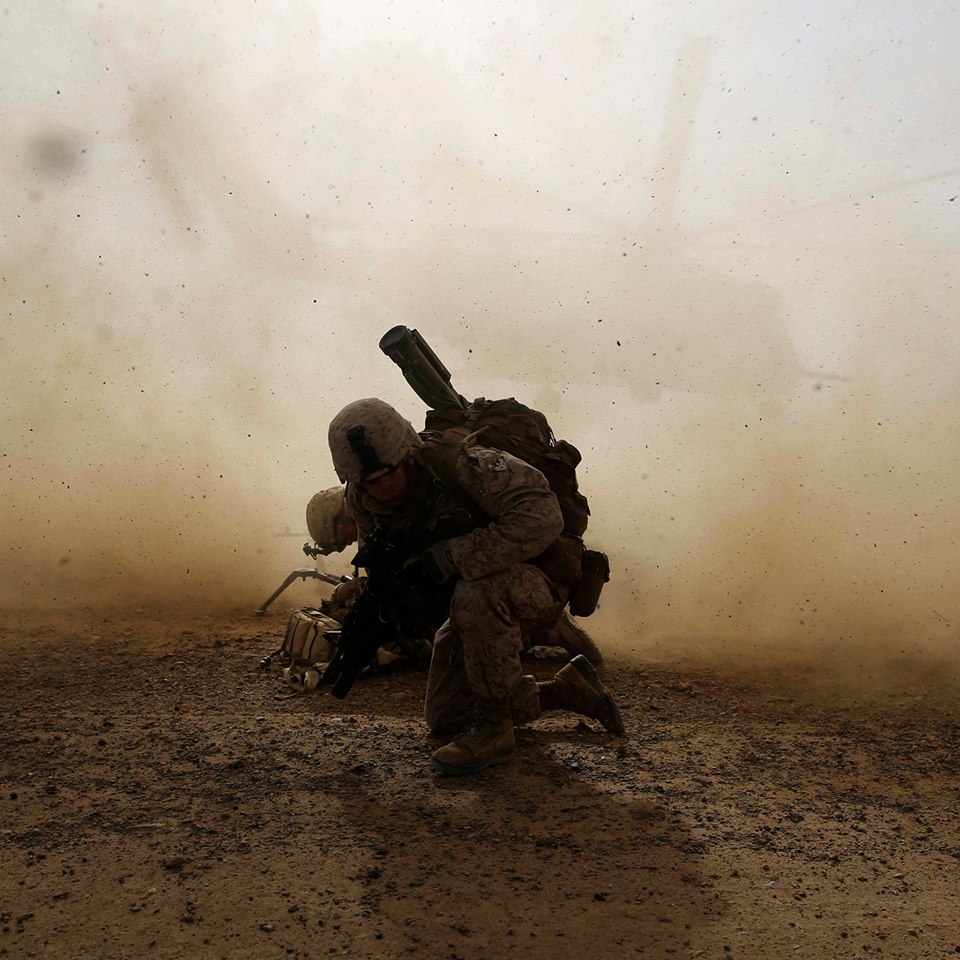 Cpl. Daniel Hopping, Assaultman, Weapons Company, 1st Battalion, 7th Marine Regiment, and a native of Rogers, Arkansas, shields himself from dust being kicked up from a CH-53E Super Sea Stallion lifting off during a mission in Helmand province, Afghanistan on April 28, 2014. 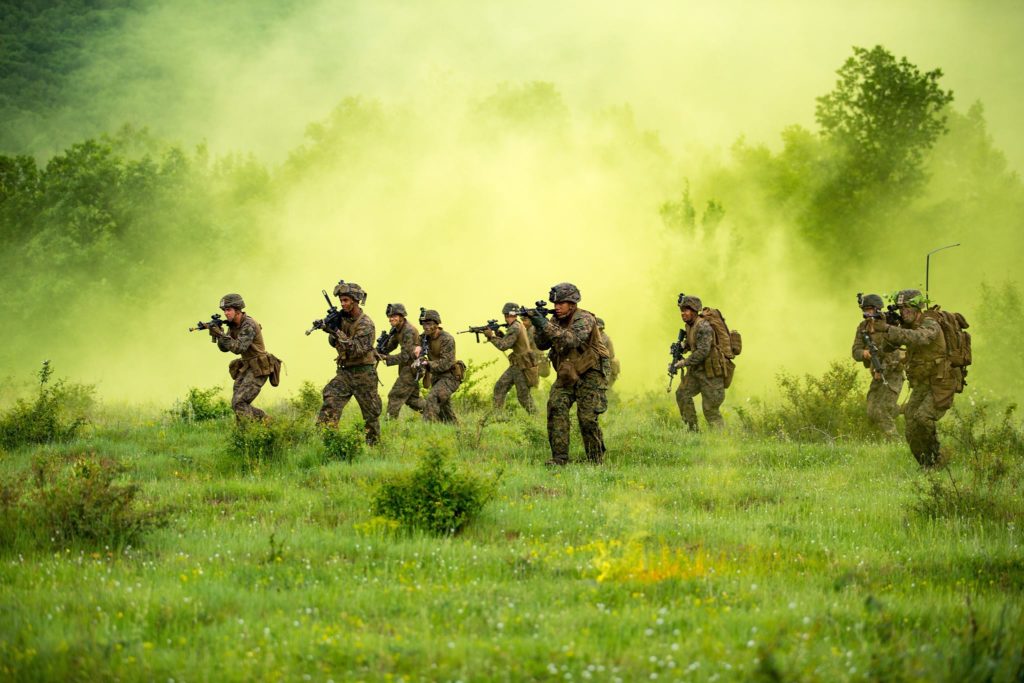 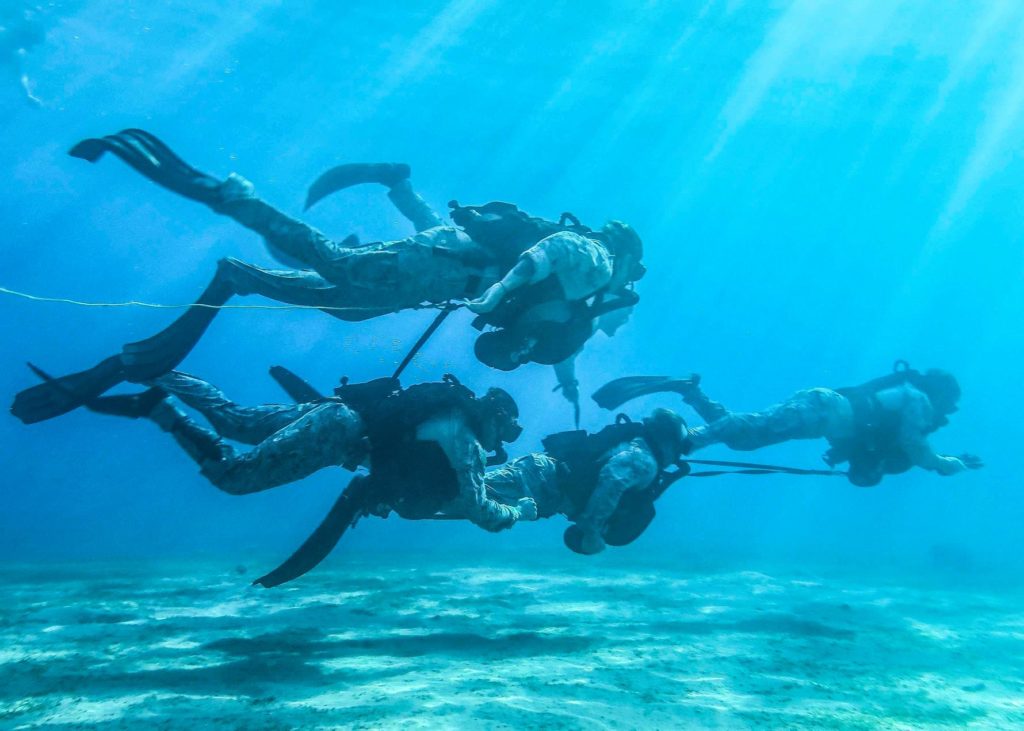 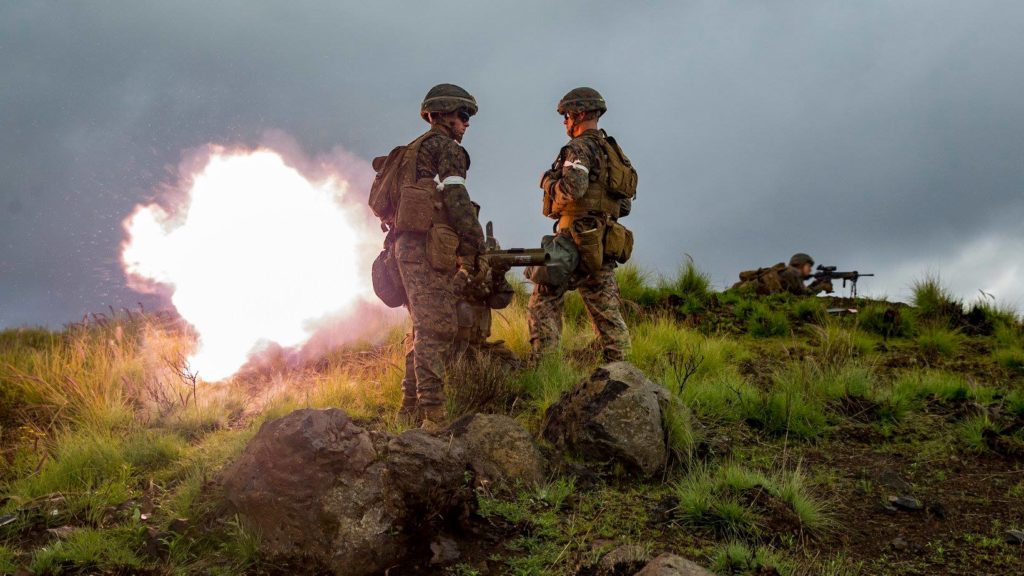 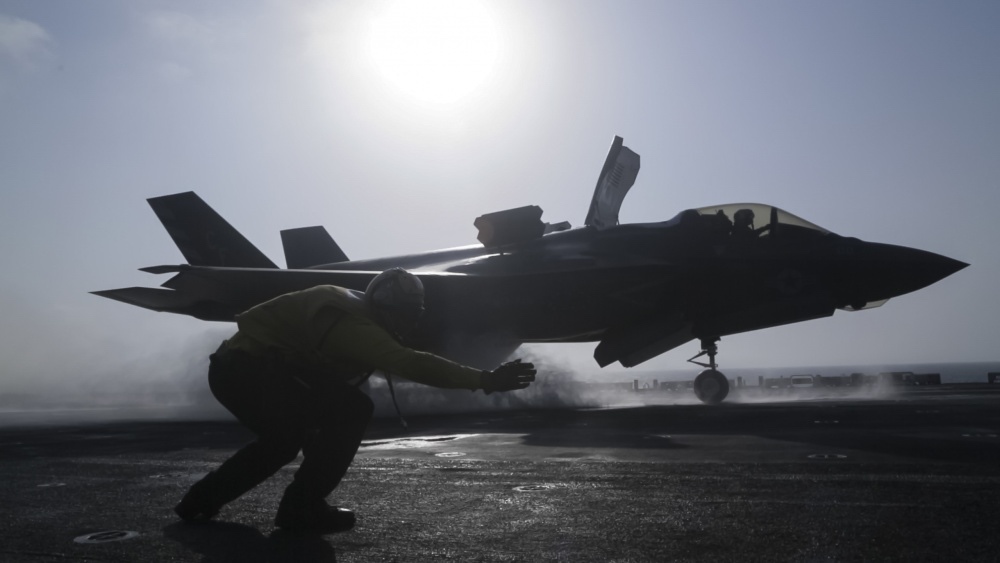 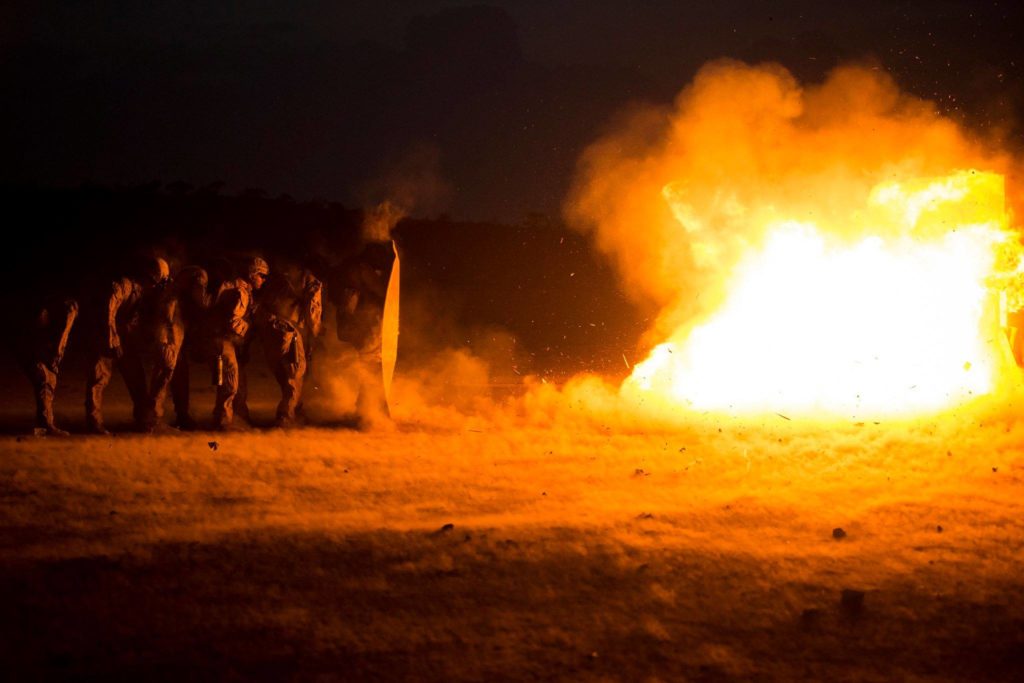 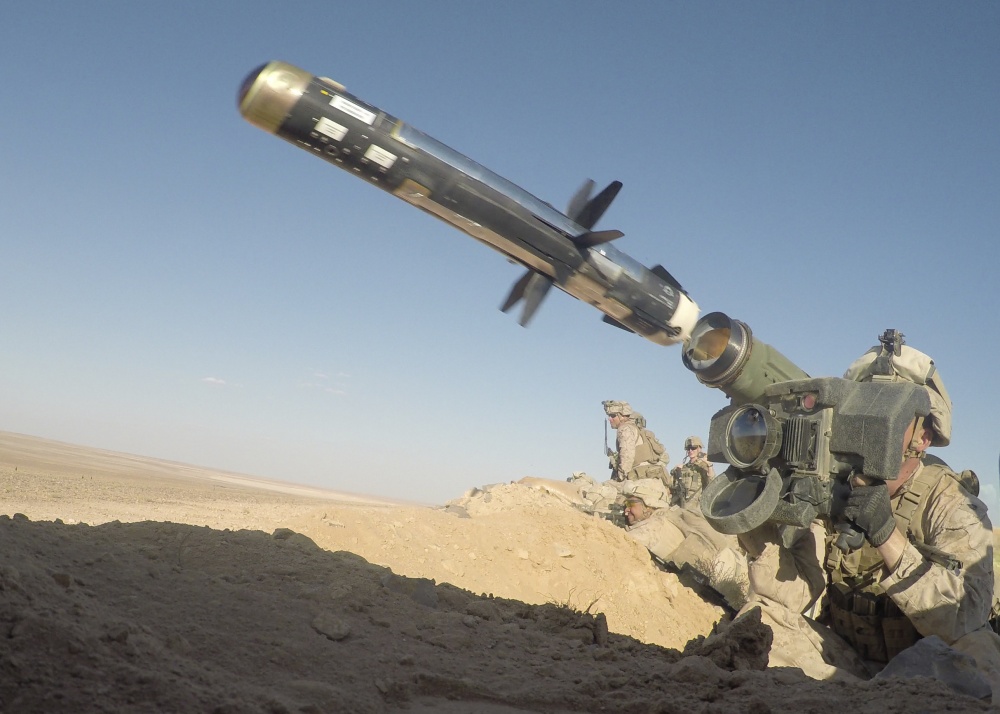 A US Marine with 3d Battalion, 7th Marine Regiment, attached to Special Purpose Marine Air-Ground Task Force, Crisis Response-Central Command, fires a shoulder-fired anti-tank missile at his target during a live-fire demonstration near At Tanf Garrison, Syria on Sept. 7, 2018. 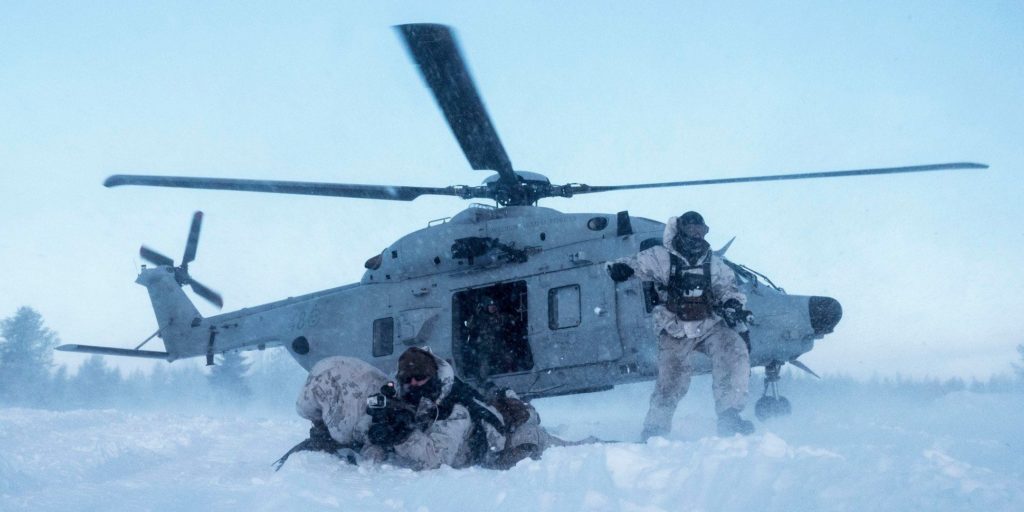 Marines with Marine Rotational Force-Europe move toward their objective during Exercise Winter Sun 18 in Boden, Sweden on March 14, 2018.

Richard Tanter is Senior Research Associate, Nautilus Institute, and Honorary Professor in the School of Political and Social Sciences at the University of Melbourne,