On 1st January this year, the National Archives of Australia published a set of highly redacted Commonwealth cabinet papers dealing with a decision by the National Security Committee of the Howard coalition cabinet in September 1997 to allow the establishment of a Joint Australia-United States Relay Ground Station (RGS) at Pine Gap.

The RGS was to support two United States early warning satellite systems in place of its predecessor, the Joint Space Communications Facility at Nurrungar.

The previous year the Howard government had determined that matters of defence, foreign affairs and security were to be decided by a small group of senior ministers, assisted by senior advisors (unlike Cabinet itself), making up the National Security Committee of Cabinet. The full cabinet was then merely informed of the committee’s decision.

The critical document was the ministerial submission, especially the explanations of the technical character and strategic purpose of RGS, the politically important strategy to counteract strong and widespread public concern about Pine Gap, and lastly the financial implications of hosting the RGS. As it turns out, all were heavily censored.

Of five paragraphs under the heading of ‘Functions of the RGS’ addressing the question of ‘whether the functions of which the RGS will be a part can be expected to be closely coincident with Australian interests’, three were redacted in their entirety, and the other two substantially, leaving just one-third of the text legible.

That section focusses on the argument that Nurrungar, and then the new Pine Gap facility, contribute to stable nuclear deterrence in two ways: by providing the US with early warning of surprise missile attack, and equally importantly, reducing the likelihood of a nuclear retaliation to a phantom attack. However doubts may exist about the infallibility of deterrence, and indeed, of the morality of the nuclear balance of terror, early warning can be regarded as a ‘defensive’ matter.

What the 1997 submission appears to not discuss is the critical offensive role of the DSP and SBIRS satellites, and hence the RGS, in U.S. plans – far beyond deterrence – for nuclear war fighting. The DSP satellites – and the SBIRS satellites even more so – not only provided the U.S. with warning of missile launches against the United States, but also identified the locations of land-based intercontinental ballistic missile launch sites with sufficient accuracy to enable US planners to ascertain the specific silos that had launched attacks – and which not.

As Des Ball wrote about Nurrungar in his A Base for Debate in 1987:

‘The policy of being able to engage in sequential counterforce strategies, or to “fight and win” a nuclear war, requires precisely this ability to determine which specific Soviet ICBM silos have been used so that the United States can then re-target its own ICBM warheads away from the empty holes to the remaining Soviet ICBMs, and can then direct other US ICBMs to those ocean areas from which Soviet Submarine Launched Ballistic Missile launches have been detected.’ 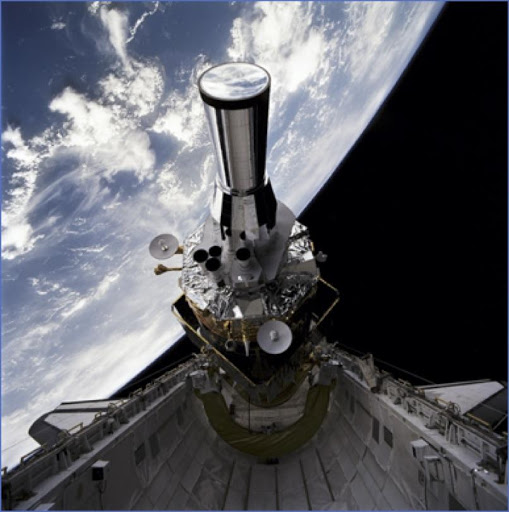 Moreover, either by omission in the original 1997 text or by contemporary redaction, there appears to be no reference to the probability, recognised by the preceding Hawke and Keating governments (and the CIA), that under certain foreseeable circumstances, Nurrungar, and most likely the planned DSP/SBIRS Relay Ground Station at Pine Gap, would be high priority targets for nuclear attack.

Faced with the redactions in the 2019 declassified publication, we do not know whether cabinet was willfully misinformed by the omission of such matters, or whether there was some such reference that was censored in the 2019 publication.

The first would be a matter of abandonment of responsibility and the second wholly unjustifiable.

It is highly implausible that any of the redactions from the 1997 document would contain anything significant to justify censorship under the Archives Act by compromising contemporary Australian defence operations. On the other hand there may well be matters that would embarrass those in the Howard government’s National Security Committee, and their advisors, who accepted the RGS proposal on the basis of apparently misleading and flimsy documentation.

The most politically difficult problem the ministerial submission sought to address was one of public scepticism about the government’s claim that Pine Gap, like Nurrungar, operated with ‘the full knowledge and concurrence of the Australian government’. In essence, the key question would be: if the the DSP and SBIRS satellites and the RGS which was essential to their operation were to be used for purposes of which an Australian government disapproved, would the government be able to know in advance, and would they be able to intervene with the US?

The ministerial submission recognized that the Relay Ground Station would pose difficulties for this approach. This stemmed from the fundamentally different technical character of the RGS compared to the very large stand-alone DSP command, control and data processing and analysis facility at Nurrungar, which employed almost 500 people at its height, and rivalled Pine Gap in size and complexity. 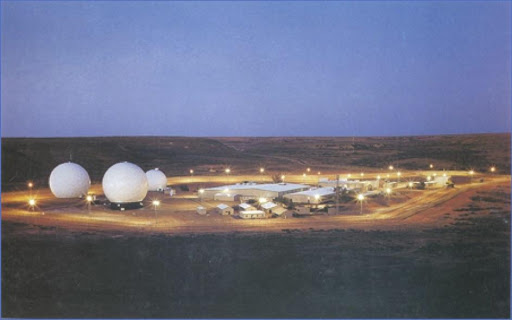 The Relay Ground Station was to be simply a relay facility, operated automatically and remotely from the United States. There would be few Australians or Americans on site at the RGS, and they would have no substantive operational role. There would be no processing or analysis at the RGS of the data that would flow through it untouched to Buckley Air Force Base in Colorado. Effective Australian oversight of the DSP and SBIRS missions on site at Pine Gap would simply be impossible.

The submission sought to make the best of a bad situation, largely trusting that Australians at Pine Gap and Australians stationed in the US in Mission Control at Buckley AFB would be capable of ‘monitoring the operation of the RGS’. This was wishful thinking at best. There would be only a handful of people at Pine Gap monitoring the mechanical and electronic health of the RGS, which was otherwise entirely automatic in its functioning. And the junior ADF personnel embedded at Buckley Air Force Base were to be in no position to make any significant contribution to the task of validating ‘broad concurrence’ with the Australian government’s understanding of what it had signed up to, let alone raising concerns that might lead to thoughts of considering an Australian veto.

Overall, the submission, at least as published in 2019, provides few grounds for accepting the ministerial submission’s claim, repeated subsequently, that an Australian government would be in a position to assure the Australian public that arrangements for oversight of the Relay Ground Station could properly address the consequences of hosting the Pine Gap facility. Without any doubt, these include the possibility of drawing Australia into culpability for assisting with the use of nuclear weapons for nuclear war-fighting.

It is obvious that attempting to interpolate the full meaning of cryptic parts of censored records of government decisions has its hazards. Not only have large parts of the NSC documents been excised, but we have no record of just which members of the committee were present on the day, and who said what.

In the somewhat frail and decayed version of the Westminster system of government in Australia, ministers are greatly dependent on the advice and information they receive from officials. We do not know which senior bureaucratic and military advisors were present, and how – or even whether – they spoke to particular parts of the ministerial submission.

But it is reasonable to infer from what is now known of earlier periods of Pine Gap’s history that some senior Defence Departmental officials would have had a much deeper knowledge than newly appointed ministers of the balance of risks and benefits attached to hosting the Relay Ground Station.

Former Secretary of Defence Paul Barratt took office some months after the events discussed here. After reading the cabinet documents and a draft version of this paper, Barratt remarked that

‘Knowledge relating to the two omissions you note in the paper would have been present in the room, but as there is no sign that they were referenced in the Cabinet Submission, I doubt that anyone would have volunteered these aspects in the discussions – the advisers tend to speak when they are spoken to. This raises the question of whether Defence itself, either by accident or design, failed to bring all the relevant issues to the notice of NSC.’

In retrospect, it is clear that the U.S. request to close Nurrungar, centralize its former operations in the continental United States, and build a small, remotely operated Relay Ground Station on the edge of the Pine Gap signals intelligence facility provided the Australian government with a chance, early in the post-Cold War period, to reconsider its long and close support for United States nuclear war-fighting strategy, one of the most bitter fruits of the Cold War.

The cabinet papers show that, whether by intention or by inattention born decades of alliance acquiescence, that opportunity was lost. The task of reforming Pine Gap to address its role in nuclear weapons next use thereby became more difficult.

Note: I am indebted to Paul Barratt, former Secretary of Defence, for comments on an earlier draft and for advice on matters of Australian Government practice. This article draws on the Nautilus Institute research report ‘Hiding from the light: The establishment of the Joint Australia-United States Relay Ground Station at Pine Gap’, Special Report, Nautilus Institute for Security and Sustainability, 2 November 2019.

Richard Tanter is a Senior Research Associate at the Nautilus Institute and teaches the University of Melbourne. He is a former president of ICAN Australia, and with Desmond Ball and Bill Robinson has published a series of research papers on Pine Gap.

This entry was posted in Defence/Security. Consider contributing. Bookmark the permalink.

1 Response to RICHARD TANTER. Pine Gap history-dogged by censorship and dereliction of duty.