Right and left: Dumb and Dumber

By A L Jones
Jun 10, 2021
When it comes to thinking, progressives do it better than conservatives do. Progressives embrace novelty, nuance and complexity, while social conservatives struggle to process complex tasks. A decade of brain scans suggests why.

The best lack all conviction, while the worst are full of passionate intensity. W B Yeats.

So, who do you want running the country and determining your future? Dumb? Or Dumber? Now is the time to choose. There’s scientific consensus on a long understood – but ever so delicate – matter. On average, when it comes to thinking, progressives do it better than conservatives do. A decade or so of brain scans confirms it.

Why weren’t we told? More to the point, why, when we found out, did we keep mum? A decade ago,in The Guardian, George Monbiot was livid about the left’s silence. Political niceness, he said, had progressivism by the throat: “The conceptual stupidities of conservatism are matched by the strategic stupidities of liberalism.”

What are the left’s “strategic stupidities”? Basically, many progressives embrace harmony at the expense of solidarity. In focusing on being nice, they fail to say what’s wrong and why and how to fix it. Niceness abhors the very things democracy is about – dissent, debate and disagreement.

The research consensus is that political conservatives have relatively low-level cognitive skills. Of course, there are exceptions; it’s about averages. On average, conservatives struggle to process and plan complex tasks. In contrast, progressives are more comfortable with novelty, nuance and complexity. And, because progressive arguments are relatively complex, conservatives have difficulty processing them. The right literally doesn’t get what the know-it-alls are on about. For conservatives, complex progressive ideas evoke feelings of being under threat.

What are the main research findings? Compared to progressives, the thinking skills, emotional regulation and moral competence of conservatives are not the best. Conservatives have a higher desire for security, predictability, authority, order, closure, and certainty. They are overly cautious and scientifically less literate.

Conservatives have relative difficulty processing evidence even at a perceptual level. They tend to think about the world in black and white terms and are more drawn to authoritarian ideologies – because they simplify the world.

What’s going on in the brains of conservatives and progressives that affects their political orientation? On average, says the neuroscience, progressive brains have a larger volume of grey matter in an area that helps detect errors and resolve conflicts (anterior cingulate cortex). In contrast, the fear centre of the brain (amygdala) is enlarged in conservatives. This would explain why conservatives have a heightened sensitivity to fear, threat and disgust. And why their hackles go up so readily. What matters to them is whipping up real fear and rage among their viewers. Of course, says Monbiot, not all conservatives are stupid, but they long ago gave up high-minded conservatism in favour of appealing to the “basest, stupidest impulses”.

To recap, science is telling us that the cognitive abilities of conservatives are relatively modest. So,why have the supposed smarty pants kept mum about it? Mute, while 75 million Americans vote for a clinical sociopath. Buttoned up while Australia votes for a daddio who’s unmoved by the climate crisis because Jesus is already on the Midnight Special.

Yes, you guessed it, not just social conservatism, but religiosity, is tied to poor thinking skills. Don’t get me wrong. I know it sounds like I am, but I’m not against conservatives. The ones who avoid extremist positions are generally well-meaning, honest and generous. All I’m against is voting them into powerful positions where they are out of their depth. In place of thought, they just market stuff. You might almost think they’re thinking, but it’s all just practiced spin.

No doubt, Monbiot is still livid about the left’s silence: “As the social vivisectionists of the right slice up a living society to see if its component parts can survive in isolation”, he said, progressives “will not shout stop. Doing so requires an act of interruption… for which they no longer possess a vocabulary”.

So, why haven’t the latte-sipping clever clogs shouted the decades-old news from their inner-city rooftops? Too nice? Scared of losing ‘likes’? Afeared of falling off their high horse?

Well, here’s where niceness is taking us: Over the period 1974-2006, self-identified conservatism among Americans increased by a third. And, across the global north, intelligence scores, after rising steadily for most of the 20th Century, have been falling since 1975.

Would the clever dicks please stop being dummies? Failing that, we can only hope the Midnight Special pulls in soon. 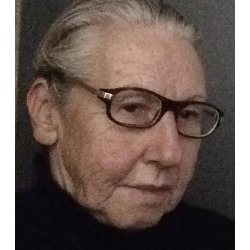